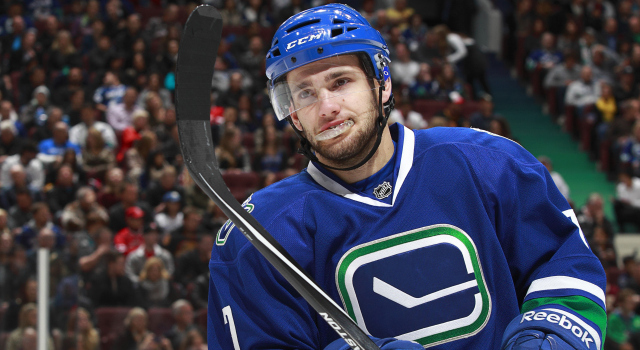 Former Kings center Linden Vey has been skating as a right wing for his former junior hockey coach, Willie Desjardins, who is in his first year as head coach of the Vancouver Canucks.

“He’s a real good player,” Desjardins said. “He’s getting better I think as we go along here. I think he’s a guy that’s good offensively. I think he can contribute on the power play. I think that he’s worked at getting better defensively. It’s hard when you first come into the league. Sometimes you’re looking, and you think, ‘Well, he’s been in the league for a year,’ but he hasn’t had many games. It’s new to him. He’s growing in it. But he’s done a really good job with moving up from the American League. I think he’s established himself as an NHL player, and we’re happy with his progress.”