The View from Calgary 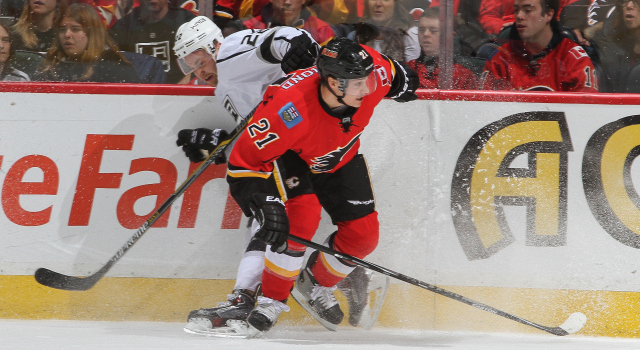 “The win pushed Calgary even with the Kings at 43 points, and into a four-way tie in the NHL’s Western Conference.”

“The Flames are full marks for being in the playoff dogfight. Case in point, Hiller’s save total was equalled by the 26 blocks his teammates made.”

“The Kings arrived in Calgary with 10 powerplay tallies in a five-game stretch, but full marks to the Flames’ special-teamers for successfully killing off both of Monday’s penalties on the home-side.”

“I mean, the Flames did make the most of their chances and did their best to play a smart defensive game afterwards – rather than going shot-for-shot with a powerhouse team.”

“In the last few minutes of play, a huge Kings and Flames scrum in front of the net generated a few fantastic chances by Los Angeles unfortunately Matt “The Franchise/ French Fries” Stajan was there to prevent one by using his stick.”

“The Flames’ overall numbers for this game were brutal, and that’s including the excellent first period they had. That was probably one of their best periods all season.”