The View from San Jose 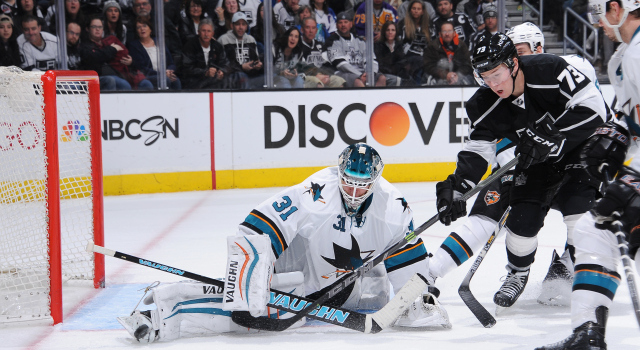 “The Sharks were short-handed four times — more than in any of the previous 10 games that saw them go 8-1-1. Not an exorbitant amount, McLellan noted, but enough to lead to a disappointing night.”

“The 25-year-old winner of two Cups and two Olympic gold medals is the only non-goalie in the NHL with more than 1,000 minutes (1,021) logged already.”

“The biggest hit of the game came from Sharks nemesis Dustin Brown, who flattened Logan Couture with a clean shoulder in the neutral zone with about a minute left in the first period.”

“Whether they want to admit it or not, games against Los Angeles likely have a little more meaning to the Sharks after their playoff debacle last season as well as the outdoor game at Levi’s Stadium looming in less than two months.”

jake.sundstrom: Christmas is over, the Sharks lose again

“The Kings are a great hockey team, particularly defensively, so losing a game after a layoff to the defending champs in their own building isn’t exactly sky-is-falling type stuff.”