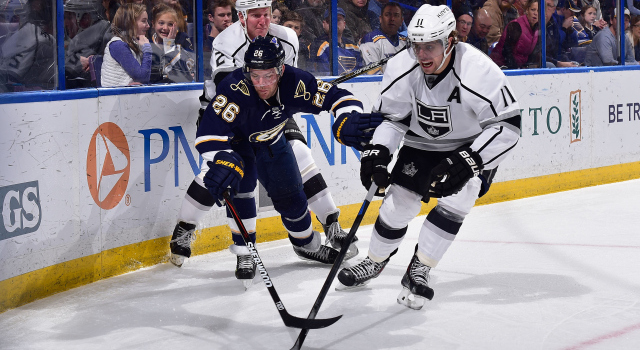 On whether St. Louis turned the momentum with the five-on-three power play goal:
Yeah, I mean it’s one that I think we have to chalk it up to ourselves. Because going into the third period being up 2-1, we’ve been known to close these games out. Especially on the road, you have to make an extra effort to make that happen. We took a couple penalties and they converted on them, obviously. After that, we were just trying to push the envelope and they got it done.

On the mood of the team:
Well the mood is definitely not great because this one was our win for sure. We’ve got to put this one behind us and there is a new one on Thursday. We’ve got to make sure we’re ready for that one.

On the team’s mindset entering the third period:
Just play the same way as the first two. I thought we had some good offensive zone time and we were outshooting them at that point. In the third, we just didn’t do the things that made us successful in the first two and that’s the way it was.

On whether it is good for the team to play St. Louis again on Thursday:
Yeah, you want to beat them obviously, especially after the game like it was tonight. You want to come out Thursday and, I guess, have a little revenge.