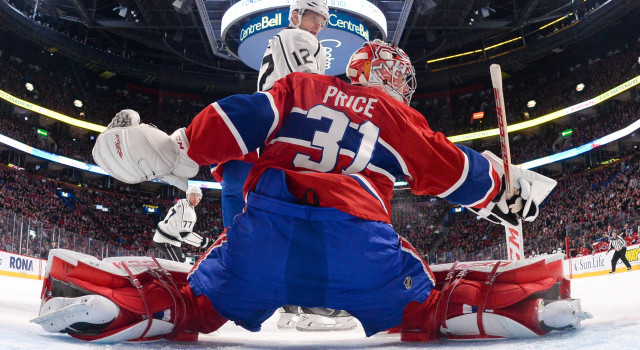 Did the Kings anger the Hockey Gods or simply run into a world class goalie? Thoroughly dominating the run of play for the vast majority of the 60 minutes, the visitors put forth a performance that built upon their month-long offensive success, generated more A and B-type chances than they had in any game this season, attempted a season-high 92 shot attempts (!) and only snuck two goals past Carey Price on 46 shots. Don’t pay much attention to the final tally – it was a score-affected end result that reflected Los Angeles cheating to find offense late in the game and Montreal taking advantage. The game wasn’t without its share of concerns, but in terms of being able to possess the puck and attack the opposing net, that was among the Kings’ best performances of the season. 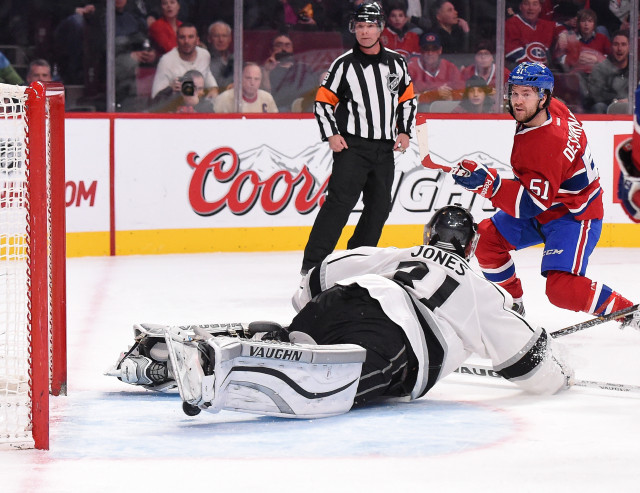 The game opened with about as good of a start as the Kings had generated all season. It was a better first 10 minutes than the Kings experienced at the Bell Centre last year, when Martin Jones was forced to stand on his head early in helping set the stage for a 6-0 win. This time, Price made the needed saves that preserved the scoreless game long enough for Montreal to cash in on the power play. Trevor Lewis was denied from the mid-slot by a terrific Price right pad save, and Marian Gaborik and Dustin Brown deflected point shots that Price adjusted to and denied as part of an early power play that contained excellent movement away from the puck and looked as good as it could have without having scored. Unfortunately for Los Angeles, Montreal capitalized on one of its first scoring opportunities, keeping things simple by winning a faceoff to open a power play, getting bodies towards the net and a Jiri Sekac deflection that beat Martin Jones. That the Kings trailed 1-0 after one did not bode well considering how heavily the ice had been tilted towards the attacking end. 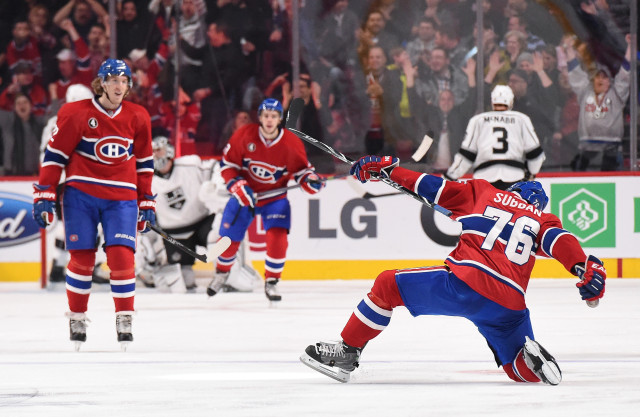 The Canadiens’ third goal wasn’t a good goal allowed by Jones and was a bit of a backbreaker in the Kings’ efforts. Whereas the sophomore goaltender was beaten by deflections on the first two tallies, the third goal was a Subban shot from just inside the blue line that didn’t appear to be affected by any screens or heavy traffic down the center of the highway. Given Los Angeles’ performance with the puck and their ability to generate power plays throughout the game – Price stopped all 16 power play shots on Friday – there’s a significant difference between trying to rally from two-goal and three-goal deficits. I received several messages on Twitter questioning why Quick started against Ottawa and Price against Montreal, and I generally don’t pay much attention to arguments based on hindsight. I thought the decision was the right one; coming off the Buffalo game, the Kings were in need of a win and started their number one goalie, and Quick’s lunging stop on Alex Chiasson had a major impact on the Kings’ win. I did, though, feel bad for Quick for having to sit in the stands last night. 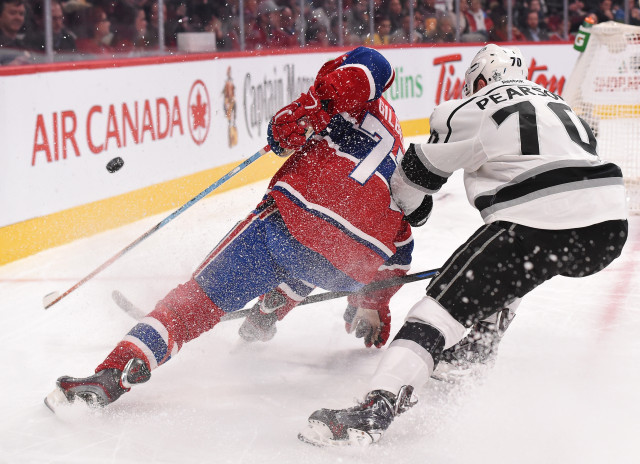