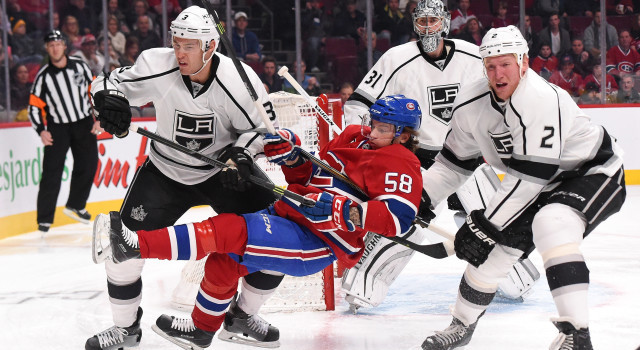 On carrying the play despite losing by a “lopsided” score:
Well, we didn’t feel going into the third it was lopsided. We thought we were playing really well. It was…three-nothing, we make it three-one, and then it’s kind of a momentum thing and they scored that two-on-one goal. Not a very good play by our defenseman.

On whether he liked the quality of the team’s chances:
Jeez, I thought we had a lot of really good chances. I mean, we totally dominated the first period. I think Carey Price was really, really good, wasn’t he?

On whether it’s “tough mentally” to face a goalie playing so well:
Not really. We came in here, had a late night. We came in here and we played really well. I mean, we know he’s world class. We expected that.

On what he liked about a power play that generated 16 shots on goal:
We had a lot of good chances. What I didn’t like, you know what? Those are the guys who are supposed to finish the deal off. Hey, Carey Price was a great penalty killer, too.