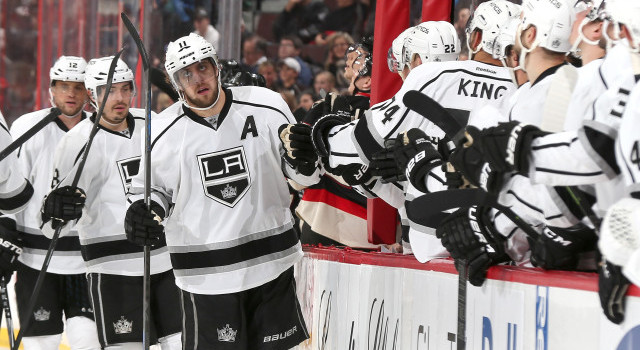 On whether Montreal is one of the better Eastern Conference teams:
We definitely don’t take it lightly by any means. They made it to the conference finals for a reason last year and they’re a good team. They always play very good in front of their home crowd and they always have good starts. We’ve got to make sure that we’re ready right off the start and match their intensity.

On the season’s scoring ups-and-downs:
It’s hard to explain. I don’t know why it happens, but it seems like over the course of the past of three or four years it’s always been there for a little bit. We’re a determined group and we always figure it out to get out of it in pretty much a good time. Last night was a big one for us. Tonight, we’ve got to keep it going.

On whether he is concerned about offensive production:
No, I don’t think it concerns me. I think we have a lot of guys that can produce on any given night. It’s just the way it goes sometimes, that nobody is really producing right now. We’re going to make it through.

On whether line shuffling in Ottawa gave the team =energy:
There is definitely no secret that Darryl likes to mix it up. I don’t know what his pattern was by any means.