Back in Ottawa, Toffoli reflects on pro transition 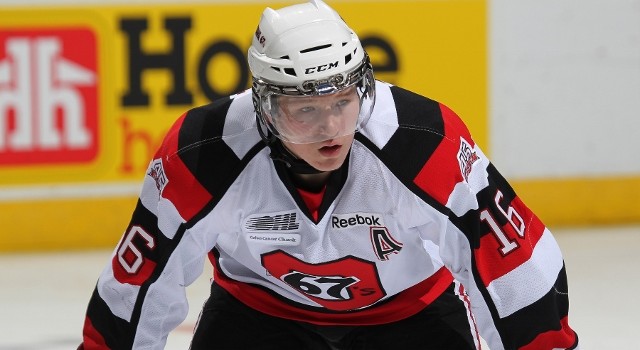 Tyler Toffoli, a former Ottawa 67 who spends his summers in Canada’s capital, has limited experience playing at the Canadian Tire Centre. Because he played OHL home games at the Ottawa Civic Centre – the 67’s have since relocated to suburban Kanata, site of tonight’s game – the number of times he has suited up at the Senators’ home rink can be counted on one hand.

Tonight Toffoli will make his second National Hockey League appearance in his adopted hometown after having logged 13:45 of ice time in a 5-2 L.A. win at Ottawa 362 days ago. Earlier today, the Kings’ leading scorer spoke about having played junior hockey in the area and the smooth transition he has made to the professional game.

Tyler Toffoli, on playing for the 67’s:
Yeah, I think when a lot of players get drafted to the OHL want to play in bigger cities, cities closer to home. A lot of them are obviously from Toronto, so coming to Ottawa was a pretty easy decision for me to make the move and obviously it was a great move. It was a great experience to play here for four years.

Toffoli, on ex-teammate and current Senator Cody Ceci:
He’s a really, really good player. He’s a big boy, plays both ends and for how big he is, he’s a really good skater. His shot was obviously one of the things that stood out as well.

Toffoli, on whether he identifies more with Ottawa or the Toronto area:
I’ve been staying here the past couple of years. A lot of my friends are out here now. I’m living out here and summers are great out here. [Reporter: Great city, huh?] Yeah, it’s a lot of fun.

Toffoli, on whether he is surprised by how quickly he has adapted to the NHL:
I think I’m surprised, but it was a goal of mine right from the start. When you’re a little kid, you want to be playing in the NHL. To be given the opportunity here in Los Angeles, it’s been amazing. It’s been a lot of fun.

Toffoli, on when he realized the NHL was a realistic goal for himself:
I think getting drafted by LA. I knew the type of program that they have. I knew I had to work hard. Right from when I got drafted, they put it in the back of my mind right from the start that I have to work hard to play in the NHL. I did that right from day one and here I am now. 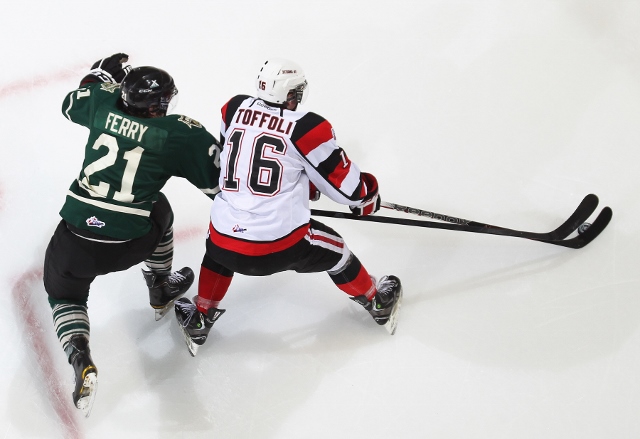