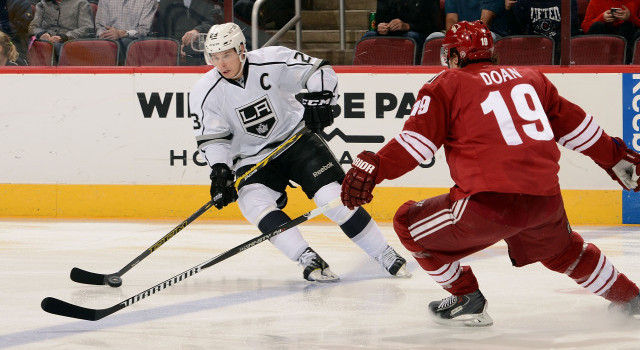 On Martin Jones:
He’s a pretty good goalie. I think a lot of his success is he’s really good at smothering the pucks. He doesn’t give up a bunch of rebounds. As a result, there are not a lot of second opportunities on him. Every goalie at this level is going to be a good first save goalie. The other part is probably the guys in front of him.

On whether puck possession was key in earning the win:
When we’re on our game forechecking, getting the puck back and not letting go of it, when we do that, we can control the game.

On what has keyed the offense in the last 12 games:
I think the scoring has probably been more spread out. You look early on in the year, we had only one line scoring and no one else. I think over the last however many games there has been more scoring from different players. As a result, you just get more goals. That 70’s Line, early on, was just so hot that teams keyed in on them and shut them down. Then it took other guys a little bit to get going.