Waking up with the Kings: November 5 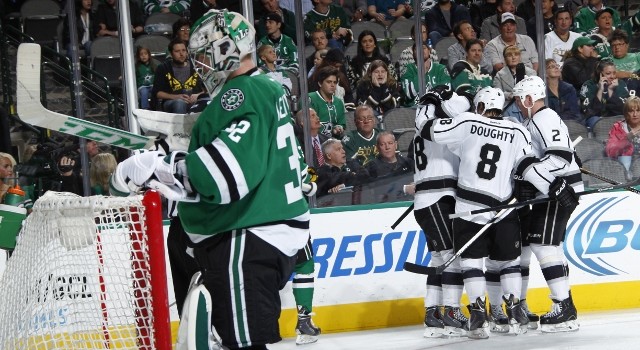 The Los Angeles Kings, deserving winners of a 3-1 decision in Dallas on Tuesday night, have returned to Southern California after a nine-night excursion in which the challenges of NHL hockey boiled to the surface after having simmered under high heat for a successful if not mistake-free home stand. There will be comfort in the surroundings, if not the competition; though the loss to Carolina highlighted the parity around the NHL, sharp challenges lay ahead as five of the next 12 games are against teams that made it to the second round of the playoffs a season ago, and that list doesn’t count Vancouver (at home), Dallas (both at home and on the road), and at Nashville (second place in the competitive Central Division). It begins with the New York Islanders, who have faced some pains at the outset of a five-game Western Conference trip but are surely an improved team from last year. Tough Sleddin’ Quotient: Elevated. 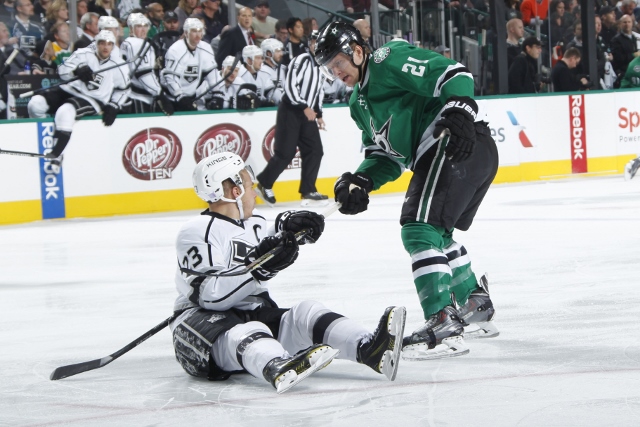 There’s always the challenge when facing Dallas of limiting the opposition’s space and quickness in advancing the puck. The Stars can get up and down the ice with a good pace; you don’t win championships by trading chances, but by gum, the Stars are out there to give it a good try. Los Angeles has also been a team with the capability of playing with a brisk pace and transitioning well under Darryl Sutter, but they’re also more equipped to defend than Dallas. So after the Stars took a 1-0 lead (shortly after a terrific opening shift by the Kopitar line, it should be added) and Jonathan Quick fought off several other high quality chances by the home team, the Kings gradually became more adept at limiting the time and space of Dallas’ forwards and the number of quality chances they were generating. Ultimately it developed into the formulaic road win we’ve seen by this L.A. team over the last three seasons: it’s a tie game entering the third period, and you’re just waiting for Jeff Carter to score the eventual game-winner. This time it was Dustin Brown, who chipped in with the biggest goal of the road trip on his 30th birthday. 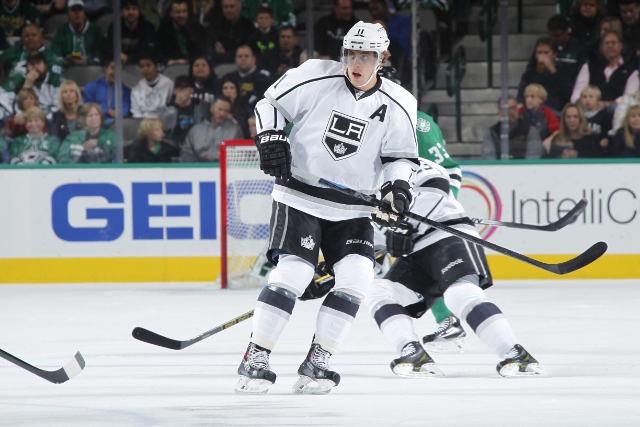 Several other performances deserve notice – there was Trevor Lewis’ two-point contribution, which included a shorthanded goal that brought the game level and allowed the Kings to take the lead in the third period, and his assist on Kyle Clifford’s important insurance marker. There was also Drew Doughty, who may as well have skated to Arlington and back in his 31:46 of ice time. It had been nearly two years since he earned as much time on ice as he did on Tuesday, and though he led the Kings with six shot attempts, it was his work in the other two zones that provided the biggest impact. His head-first dive to break up a Stars four-on-two late in the second period disrupted what was developing into a high quality opportunity. It followed strong one-on-one defending by Alec Martinez on Ryan Garbutt, who was vying for a contested breakaway but wasn’t quite able to fire any type of shot off after the Kings’ defender closed the gap and denied the rugged and quick forward a developing chance in Los Angeles’ end. 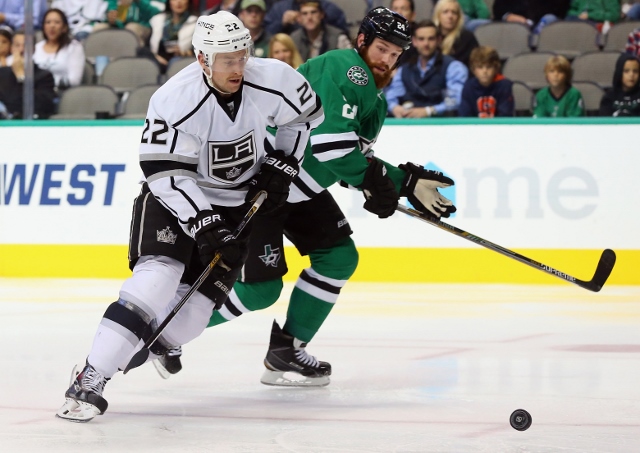 The team’s penalty killing is obviously deserving of praise as well after a four-for-four performance that included a shorthanded goal. To etch out a fine night in shorthanded play, big kills are necessary, and the Kings generated several of those. They killed off a late first period penalty that could have doubled the home team’s lead, and scored on an early Stars power play in the second period during which Lewis was able to find the back of the net. During the Stars’ 6:53 of total power play time, they were limited to four shots and fewer highly dangerous situations. 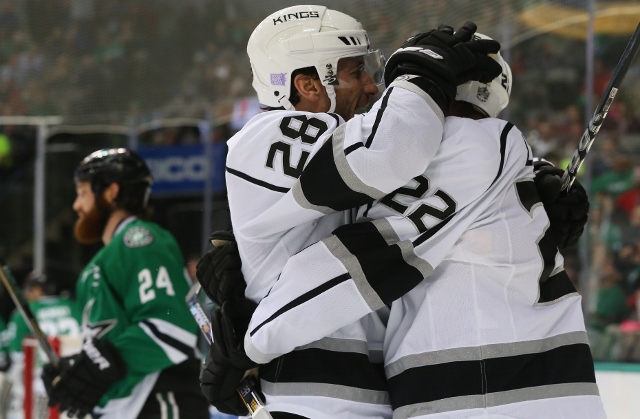