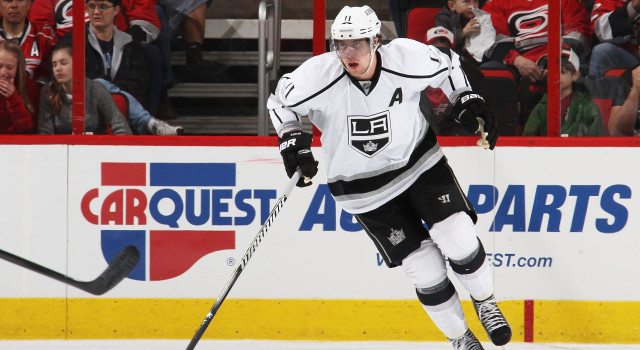 On his stamina and timing:
A little off. It wasn’t really a long time for me that I was out but just enough where timing was just a bit off. But that shouldn’t have been an excuse, really. So, it’ll be better next game.

On his scoring chance late in the third period:
I just got too excited, really. If I would have pulled it back two feet and just tried to get it up I don’t think he could’ve gotten his pad there in time. But I saw an open net, got too excited and tried to stuff it in and he made a good save.

On whether the team’s performance on the road trip is concerning:
It’s not great, that’s for sure. We’ve got to pull it together, figure out what we’ve got to do for the next game and get ready for it.