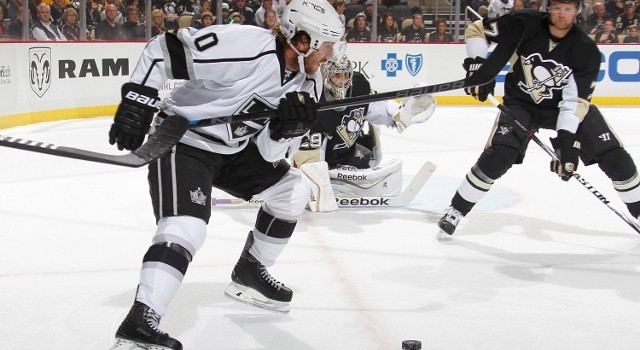 On whether the game was “won and lost on the power play”:
Early in the game, for sure. We took a penalty on a power play, and then five-on-three. I think it’s, what, 13 of their 33 goals coming into the game were on the power play, so there was not much difference five-on-five. I know there was a big deal made about the offensive juggernaut that they are, but there’s only a couple goals difference, actually, five-on-five coming into the game.

On whether the Kings didn’t make things “tough” enough on Marc-Andre Fleury:
I think we had a lot of – I’m not sure what it ended up, in terms of missed nets – but I thought we did a good job of getting it through.

On whether he had ever seen a penalty taken away from a player:
Never.