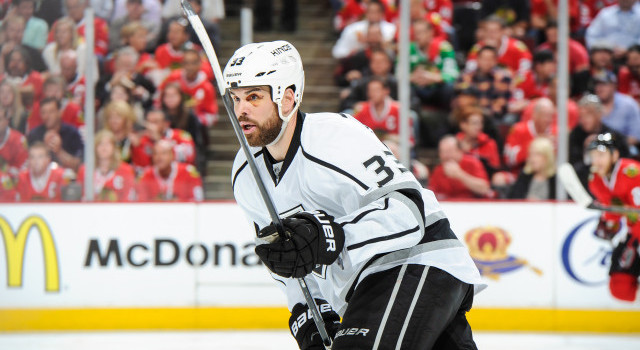 Meet the captain of the 2014-15 Florida Panthers, Willie Mitchell:

He was named the eighth captain in Panthers history on Monday during a team ceremony in West Point, New York, where the team is practicing and participating in team-building activities.

“I’m happy to see that for him,” said Drew Doughty, one of Mitchell’s former defensive partners. “He’s obviously got a lot of experience in the NHL. He’s won two Cups now, he’s been through a lot, and he can help those young guys there. I know they got that first overall pick,…Ekblad, and I know that Mitchie’s really good at kind of taking him under his wing. I’m sure they’ll be partners trying to kind of help the kid out. I miss Mitchie here on this team. He’s a great guy, a good friend of mine, and I’m really happy for him because he’s put a lot of years in.”

You’ve probably heard me mention this once or twice, but two of my former players (and Canucks prospects) when I was an Everett Silvertips broadcaster spoke about how accessible Mitchell was during Vancouver’s training camps. The veteran – who has acknowledged Scott Stevens’ influence on his own development as a younger player – works very well with younger players, as Darryl Sutter noted.

“It makes sense,” Sutter said. “They’re a team that’s had a lot of trouble and made the playoffs, what, once in the last [13 seasons], and they brought in some quality veterans. I don’t know who’s on their roster, obviously, of that veteran group, who [could serve as captain]. But Willie’s won the Stanley Cup two of the last three years, and they’re basically a young team that hasn’t had much success. I would say it’s a logical choice.”

There’s also Mitchell’s geniality and proclivity to speak at length, which makes him a preferred target with those armed with recording devices.

“Yeah, he likes to talk. I think we all know that,” Doughty said, “I’m sure he’ll have a lot to say to his team before games, too.”

Via Joe Haggerty of CSN New England:
“My impressions are that he’s getting better. I think he’s skating better and he’s starting to get his hands back. He’s been away from the game – he’s skated for most of the year, but he’s been away from the game for the whole year,” said Chiarelli. “I spoke with him [Saturday] morning, and I made a proposal to him in the sense of, ‘Look Simon [Gagne], I see you getting better, I want you to stick around and practice with the team.’

“He didn’t say yes or no, but I think he suggested he would want to stick around. He feels that he’s getting better. So that’s kind of a play-it-by-ear, day-by-day see how his legs feel, see how his hands feel, and just kind of see how it goes.”

Simon Gagné is still on a PTO with the Bruins. It will be like that for the week. Team wants more time before deciding if they will sign him 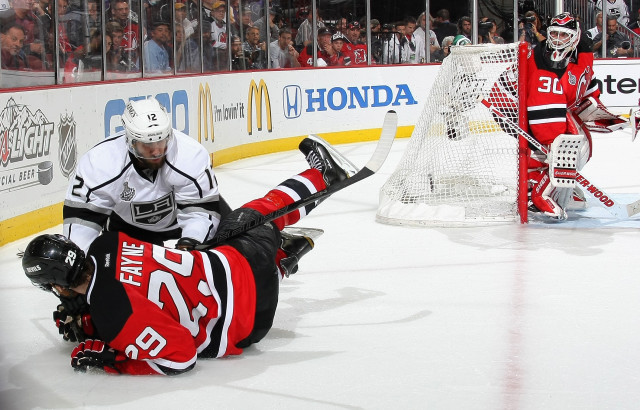