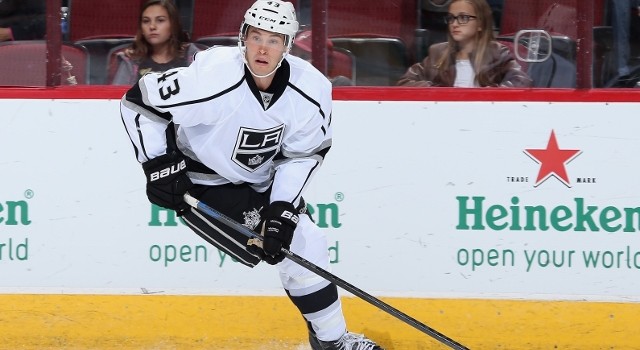 The Kings made a pair of roster moves this afternoon, assigning Jordan Weal and J.F. Berube to the Manchester Monarchs and placing Andrew Bodnarchuk on injured reserve.

The move to assign Weal to Manchester is not a surprise; Darryl Sutter had previously said that the reason he had remained with the club as others were assigned to the American Hockey League was because of the advantage in experience he held over fellow centers Nick Shore and Nic Dowd.

“He’s ahead of the two boys we sent down, just on experience, so that’s the difference, clearly,” Sutter said on September 29.

Weal finished with one assist, one shootout game-winning goal and a plus-two rating in four preseason games. Berube, who stopped 15 of 16 shots over 29 minutes of action in Los Angeles’ split-squad preseason opener at Arizona on September 22, will be the Monarchs’ starting goaltender.

Bodnarchuk suffered a knee injury during the team’s practice at Staples Center two Sundays ago. The puck-moving defenseman was not projected to make the club’s opening roster but could be an option for the team should it suffer injuries on the blue line. Because he was not on the team’s roster a year ago, his contract doesn’t count against the salary cap.

Though no Kings were reported by Renaud Lavoie earlier today to be placed on waivers – seriously, if you’re not following the Montreal-based reporter on Twitter, give him a follow – there are very likely going to be Kings on tomorrow’s waiver list, which should come out at 9:00 a.m. PT. NHL teams must pare their rosters down to 23 active players by 2:00 p.m. PT on Tuesday. With today’s roster moves, the Kings have 25 players on the active roster.

Though it is too early to report definitively who the Kings will assign or waive in an effort to send to AHL-Manchester, LA Kings Insider projected at the outset of training camp that defenseman Jeff Schultz and forward Adam Cracknell were the most likely candidates, and that still appears to be a safe bet despite steady preseason performances from the two.

Should those two players be waived in an effort to be reassigned to the AHL, the Kings would open the season with a lineup that would look like this:

Again, that’s not a definitive listing, and if you’ve been reading LA Kings Insider since the outset of training camp, the above projection comes as no surprise. Given that no injuries are expected to sideline any roster players at the outset of the season, and given that there was progression in Brayden McNabb and Andy Andreoff’s performances, there’s no reason to alter the above list.

Also, the above lineup isn’t a confirmation that Jordan Nolan, Andy Andreoff and Brayden McNabb would be scratched when the season opens Wednesday. We’ll have a much clearer sense of Sutter’s lineup in the coming practices and at Wednesday’s morning skate.

Should the Kings open the season with the above roster, they would have an estimated $68.54M allotted for 23 players, which would give them approximately $460,000 of cap space, according to the financials made available by CapGeek.com. 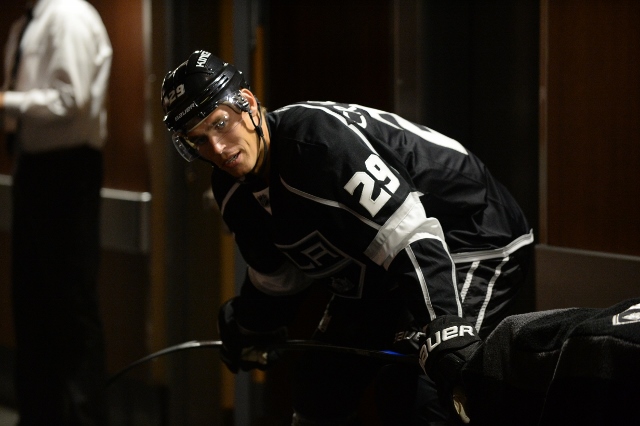