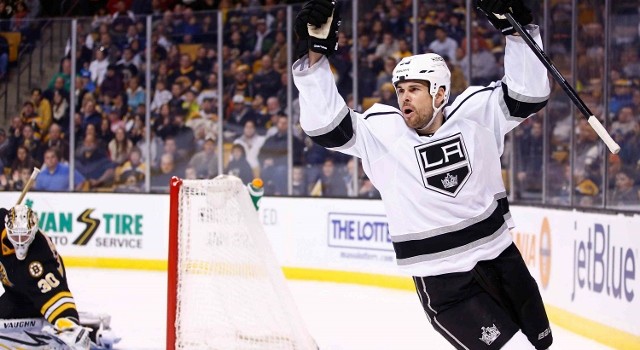 Per ESPN.com’s Craig Custance, Willie Mitchell will not be returning to the Los Angeles Kings.

Can confirm that Kings won’t be re-signing Willie Mitchell: “Unfortunately, no room.” Was a huge part of that team.

There are several circumstances that were working against the 37-year-old during this free agency period. First, the Kings have six defensemen who won Stanley Cups in 2014 and are signed for at least the upcoming year in Jake Muzzin, Drew Doughty, Robyn Regehr, Slava Voynov, Alec Martinez and Matt Greene, and a restricted free agent in Brayden McNabb, who will look to earn a spot on next year’s club as a left defenseman. Mitchell is a left-shooting defenseman, so the Greene re-signing didn’t have a great deal of impact on his potential return (though Mitchell skated with Martinez in a L-L pairing late in the season, and both looked fine).

Instead, with Martinez (1.1M) and Muzzin (1M), whose cap hits provide a good deal of value, and Regehr, who is signed through 2014-15, there isn’t a wide open spot for Mitchell on the left side. The team is adverse to disrupting camaraderie via trade – or “pulling guys out of that room,” as Dean Lombardi had once said – and it made more sense to keep what they had and groom McNabb so that he may earn a more elevated role down the road.

Mitchell was also looking for a two-year deal, which he will certainly receive. With an estimated 5.8 million dollars in cap space available (courtesy of CapGeek) for the coming season, and the need to sign restricted free agents Dwight King, Linden Vey and McNabb while keeping the club’s salary cap situation flexible in advance of free agency and any potential trades, the financials did not favor Mitchell. The Kings will also have a large group of players they’ll need to negotiate with in advance of July 1, 2015, when Justin Williams, Jarret Stoll, Martinez and Regehr have the potential to become UFAs, and Tyler Toffoli, Tanner Pearson, Martin Jones, Kyle Clifford, Jordan Nolan and Muzzin could become RFAs.

For many fans it won’t be easy to see Mitchell, who won two Stanley Cups in his Los Angeles tenure and was a personable and engaging presence in the team’s dressing room, leave the club. But with the circumstances outlined above and the confidence in the team’s blue line despite his potential absence, there is, as Custance quoted a Kings executive, “unfortunately, no room.”

In four seasons with the Kings (three seasons of on-ice action due to a pair of knee surgeries that wiped out 2012-13), Mitchell appeared in 209 games, totaling 11 goals, 46 points and a plus-38 rating. He averaged 20:19 of ice time per game in 2013-14, which ranked fourth on the Kings and third amongst the club’s defensemen.

His adopted hometown of Venice also expressed its appreciation of his Stanley Cup contributions: 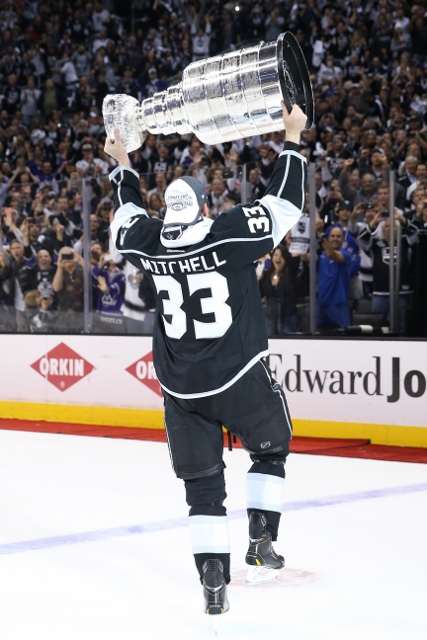