Brown on Quick: “His injury in 2012 was much more severe” 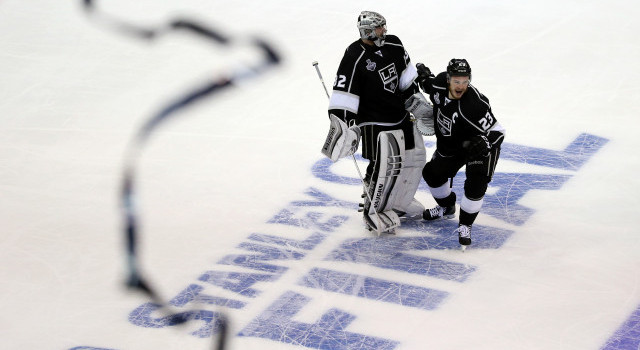 With the surprising news that Jonathan Quick underwent successful wrist surgery today after suffering an injury in the second round against Anaheim, Dustin Brown said that the team was aware of the goalie’s condition. He also noted that the severity of the surgery didn’t measure up to when Quick had surgery to correct a herniated disc shortly after the club won the Stanley Cup in 2012. Quick would not have returned in time for the start of the season had there not been a work stoppage that fall.

“I know when he hurt it. That’s just stuff that happens,” Brown said of Quick’s wrist. “His injury in 2012 was much more severe, if you had to ask. I mean, back surgery, and this surgery this year. But I was never doubting Quickie. He wasn’t going to miss a game.”

Quick was excellent in the Stanley Cup Final, winning four of five games against the New York Rangers while posting a 1.63 goals-against average, .932 save percentage and one shutout.