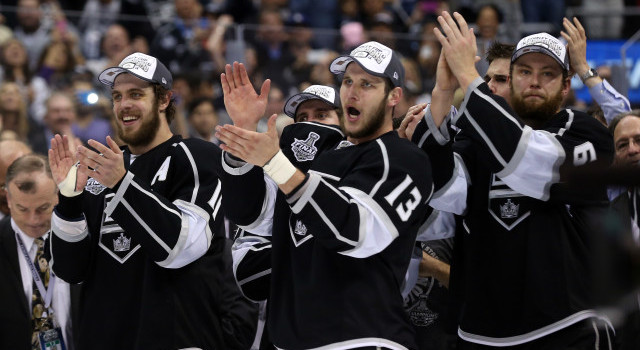 Marian Gaborik scored 14 goals in 26 games in the 2014 Stanley Cup Playoffs. Only Wayne Gretzky, who scored 15 goals as part of a 40-point 1993 run, had scored more in one postseason as a Los Angeles King.

Similar to the 2012 team, a high profile goal scorer was acquired via trade and provided healthy balance among the forward lines. Acquiring Gaborik (and the Blue Jackets’ retention of half of his salary) in exchange for Matt Frattin and two second round picks) was “a good deal for both teams,” as General Manager Dean Lombardi noted. “It’s a classic case, whether it was Jack Johnson, and it’s the same thing.”

“The similarity here was what New Jersey did with Mogilny. There are a lot of similarities,” Lombardi continued. Alexander Mogilny was 31 when he was a late-season acquisition by the Devils in 2000. He won the Stanley Cup that year and posted a 43-goal season en route to an Eastern Conference title in 2001.

“Jersey had an identity, and they got Mogilny to bring in that element, and he fit right in. So I go back and look at a little history, and that’s kind of the methodology. And Columbus is at a different stage. They’re obviously on the track. They’re clearly one of the hardest teams in the league to play against. So they made a good deal, too.”

The 32-year-old Gaborik was among the principal figures in the team’s postseason offensive surge, though the Kings remain a team so strongly built from the ground up and with a young core that has grown together.

“Well, you know, I kind of said this after the first one. The ability of this team to continue to grow isn’t going to from acquisitions. It’s going to be on the inside,” Lombardi said. “People overlook, I think a lot, how young Doughty was last time, Kopitar, Brown was still growing. Carter was just entering his prime. Jake Muzzin, Martinez, Clifford, Nolan, King – all these kids, you look at the age distribution chart on ‘em, there was tremendous upside here. Now, the trick for them and the coaches was to not let ‘em get complacent and keep pushing them to reach their potential. So the emergence of Doughty – I mean, he’s only going to get better. He’s not done. He’s 24 years old. Ray Bourque didn’t hit his prime ‘til 27. Same thing with Kopitar.”

“Darryl sets the tone. That’s the thing in coaching. You can have all the systems and everything else. That’s the minimum for the job description. But his ability to keep ‘em right here and push them in the right way, and like I said, don’t get too high, don’t get too low. He [had] an eight-game losing streak during the season. They were right there, and then you see that when they’re down three games to none, three-to-one. So Darryl and Johnny Stevens and Davis Payne and Billy Ranford – they do a tremendous job making sure those kids took the next step. And I think there’s more in a lot of them, too. They’re not done. So hopefully we can keep them together and they continue to grow.” 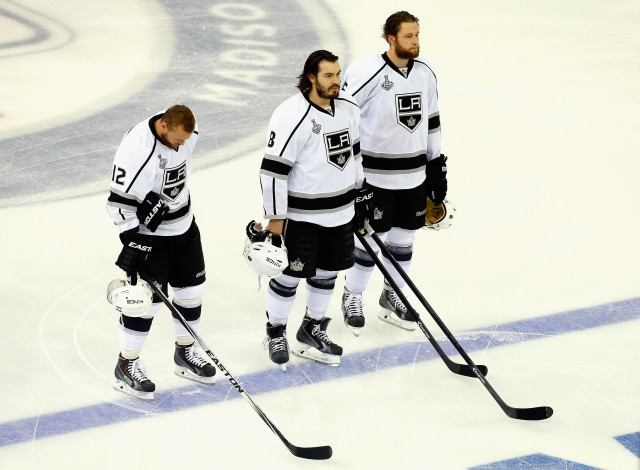