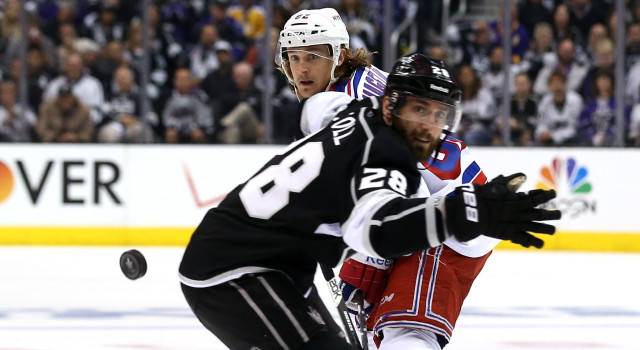 On whether the team’s first period play was “sluggish”:
I think they had a lot of energy and were fresh. If you look at their playoffs in the first periods, they’ve had really good first periods every game. You look at it – not I think, I know – that we were not on full tanks.

On whether Justin Williams does anything that surprises him:
He’s a really good player for our hockey team. He’s our best right winger every night consistently.