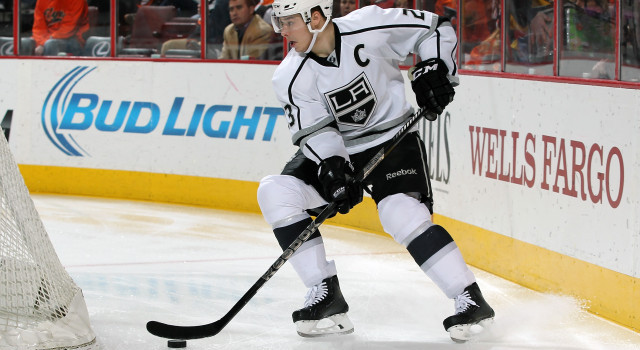 On whether the offense is as balanced as it has been all year:
We’re getting contributions from every line, which is always a real big positive. I think it’s more about how we’re playing the game. We’re playing probably some of our best hockey all year consistently. It’s more about the consistency of it. We’ve had spurts where we play really well and then the next period we kind of dip. As of late, we’ve been playing pretty good hockey for 60 minutes and I think that shows in the way we play. If we’re not consistent with it, there are dips and valleys and when we are consistent we dominate the game.

On the team’s spread out production:
I think that’s been a big part of our success coming out of the break, how every line is playing. [Saturday] night in particular, I don’t think our line was very good, but Kopi’s line had a great game. Again,that’s what being a part of a team is. It’s really hard to have your A-game every night. Finding ways for other guys to pick it up or picking each other up when our top line is down. We’ve had contributions from, again a couple games ago Rick and Lewey and Cliffy had our best line and we needed them to be because maybe some of our lines didn’t have it. That’s what is great about having the depth we have.

On Trevor Lewis:
He’s always been a big part of our team. He really struggled early on in points but he found other ways to be effective for our team and that’s what being a part of a team is all about. Maybe when you’re struggling on the statistical side of the game, finding ways to kill penalties, block shots, those types of things go a long way. He has the ability to contribute on the offensive side of the puck. Obviously he really struggled early on, but it didn’t deter or take away from any other part of his game, which is the most important thing.