Lombardi on the Brayden McNabb deal 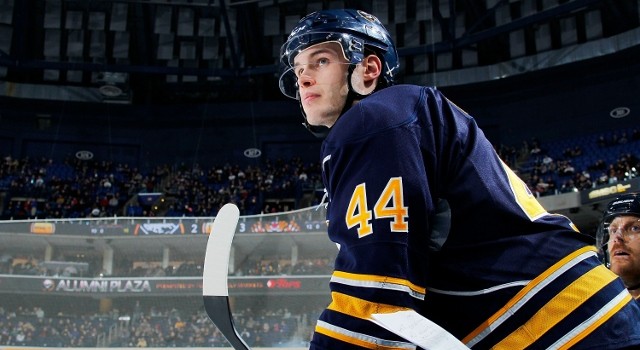 LAKI will continue to post excerpts of Dean Lombardi’s conference call throughout the day. To start off, here’s Los Angeles’ general manager discussing the rationale behind acquiring Brayden McNabb. Keep in mind that the Kings don’t have defensemen on the cusp of being NHL ready and capable of stepping into the team’s lineup next season, and that both Willie Mitchell and Matt Greene are unrestricted free agents come July 1. More on those two names later.

Dean Lombardi, on how hard it was to trade Hudson Fasching:
Very, very hard. That’s one of those deals where neither GM really likes it, but I think the only reason that you come to fruition is because – it’s probably safe to say for last year-and-a-half, two years, this has been part of building a team. You’re not only seeing what you have but what you’ve got coming. And we felt that given where our team was at, that it was going to be at some point here critical that we get a young defenseman who has a chance to play in your top-four. That was one of the scout’s jobs for the last two years, to get that list together of either guys that are drafted and playing junior hockey or the guys that are drafted and playing in the minor leagues. So this has been an ongoing process to compile that list. Essentially just like a draft list and so these pro scouts are here now and we had this player rated as one of the top players – a left shot defenseman to fit our MO in the American League. He’s still green. His skating needs to improve. He’s got to work some on his fundamentals and his reads, but he has a lot of the attributes that we value and has a chance to be a top-four guy. And with that, he’s got some snarl. So this was a guy we had highlighted. And I think you’ve heard me say this before, even seven years ago, about defenseman – and actually I think it has gotten worse – that it’s very difficult to get the top four defensemen. And if you look even at the ones who do, they’re usually top-10 picks and things. But I’m talking about legitimate ones. So the supply of these guys is very limited. And the only reason I think Buffalo does it is because they’re fortunate and the fortunate part was not only did we have a number for their defensemen very high, but they had a surplus of them. We felt we had a surplus of forwards that are attractive. So it kind of worked in the sense that the player that we really liked was on a team that could afford to part with one because they lacked forwards, which we had. So we gave up two very good prospects with size…but it was one of those things where you say ‘You’ve got to give to get.’ This was interesting too, because there’s a new GM there, but he was very decisive and sometimes you’re not sure. But he’s had a tremendous amount of background in personnel and he recognized the same thing. I mean, he doesn’t like giving up McNabb, but we both had a surplus and it made sense for both of us. So that fills a huge hole for us hopefully down the road. The other thing, too, is…he’s already paid some dues in the minors. He showed he’s a top player in the minors and he’s had his cups of coffee in the NHL. He’s closer to being ready than if I had to do a deal and go after a kid that was still in junior hockey to make this deal. We’re really excited to have him. It’s nice to see…this could be taken care of now, that’s a potential big hole for us. Like I said, he’s got size. He can move the puck. He’s got a long reach. He’s got to work on his foot speed. His feet need work and I think part of his game is he’s over-aggressive at times – which I like. We’ll tame that. We’d rather tame a lion than paint stripes on kitty cat. That’s the way that came about. So that again, too, was a long process. But those things can go on forever because the team that might have the other guy you like – they’re not going to part with defensemen. But Buffalo is probably one of the few teams that could, because they’ve drafted so many. You’ve got to give to get. As I said, it’s a hard deal to make, but when you step back and say ‘You’ve got to give. Look, you’re not going to get this guy unless you do give up good players.’ And you just hope that it works out for both sides. That’s generally the way hockey deals work. It’s the classic hockey deal. There was no rental or anything in that.”