Due to the Kings’ busy schedule since returning from the Olympic break, I wasn’t able to catch up with equipment manager Darren Granger, who won a gold medal with Team Canada, until earlier today. The Sochi Games may be in the rearview mirror, though his recollection of the events leading up to Canada’s 3-0 triumph over Sweden in the gold medal came remain fresh. Listen to Granger describe the circumstances surrounding a major career highlight: 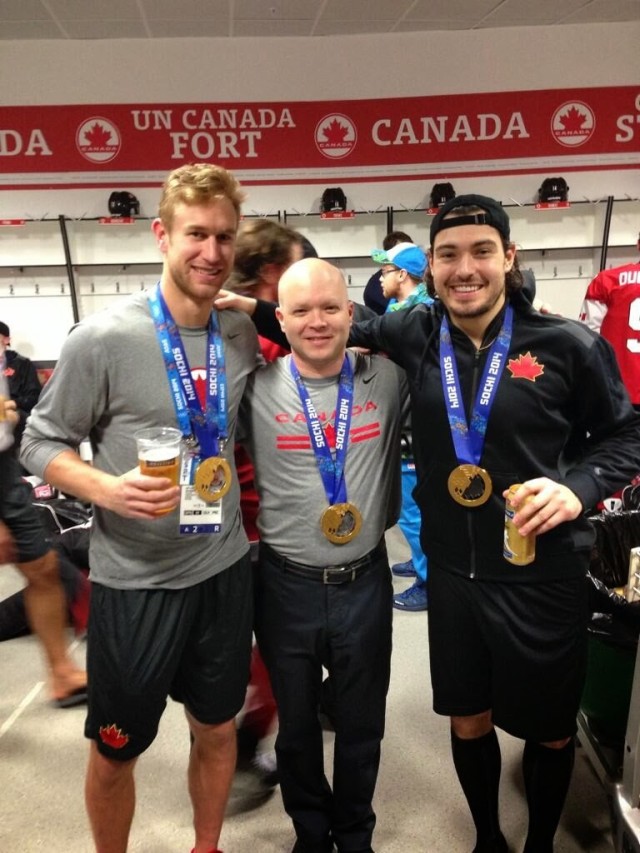