The Los Angeles Kings practiced on a rink at the University of Denver on Tuesday afternoon in preparation for Wednesday’s game against the Colorado Avalanche. Jonathan Quick, Dustin Brown, Drew Doughty and Jeff Carter practiced with the team after arriving from Sochi. Reflections on the Olympic tournament from those four players will come later this afternoon.

Grouped together by color coded jerseys, the Kings skated in the following lines and defensive pairs:

Clifford and Frattin appeared to be the extras on the fourth line. Lots more to come after practice concludes. 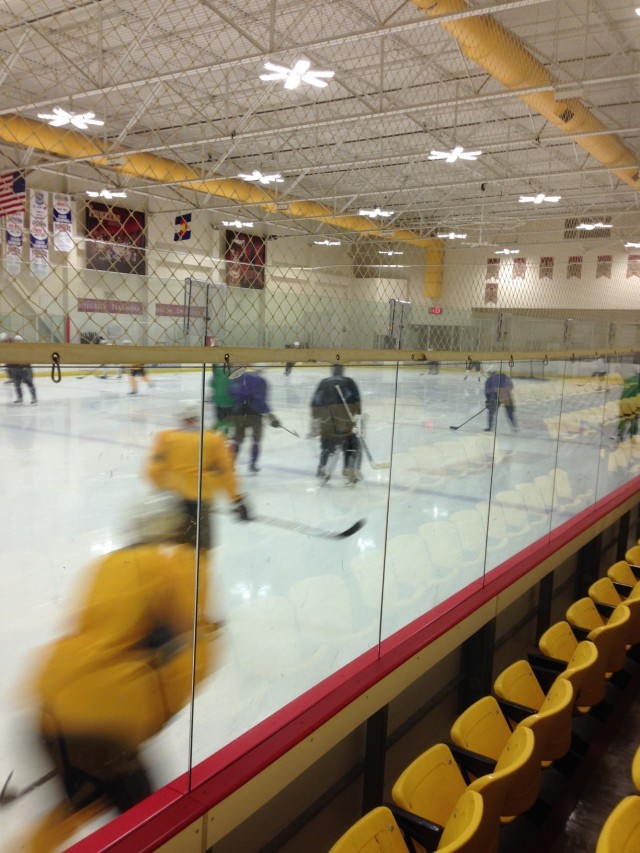