Doughty: “I thought he slew footed me” 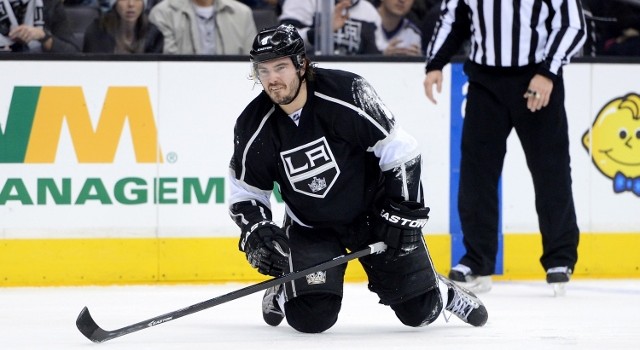 Though Drew Doughty was surely frustrated when he was tripped by Vancouver’s Dale Weise on a play that went unpenalized the second period, he was composed when speaking about the play following the Kings’ 1-0 win over the Canucks at STAPLES Center Monday night.

“I thought he slew footed me, and it was pretty unnecessary at that point. It hurt a little bit, but it’s whatever,” he said. “I actually think the refs did a great job tonight. They did a really good job out there.”

That the Canucks were an emotional group from the game’s outset did not surprise the defenseman who has played a key role in the development of the rivalry between the two teams.

“I think they knew they had to do that. We [had] won three meetings this year,” Doughty said. “They needed to do something to get under our skin to kind of get us off our game. I thought the guys stayed composed and did a good job and came up with a huge win.”