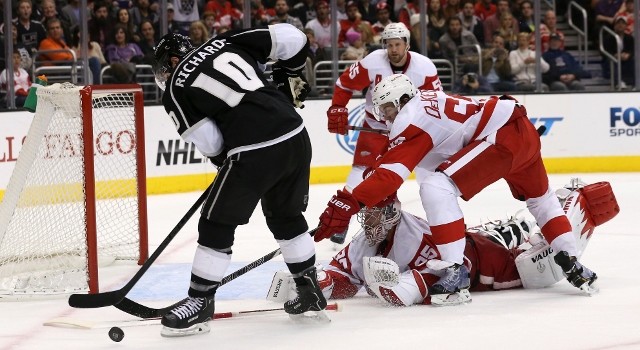 On Richards’ goalless drought extending to 21 games:
He played a good game tonight. It was probably the game with the most opportunities he’s had in 21 games. [Reporter: But he needs to score for you guys to win.] He’s not the only guy. I mean, if you want to condemn Mike Richards, you do it. Last game you guys were asking questions because somebody had scored two in three games. There’s expectations on the group of offensive players to score, not just one.

On what stood out about Mike Richards game:
He’s skating better, handling the puck better in their zone, going to the net better, better off the wall.