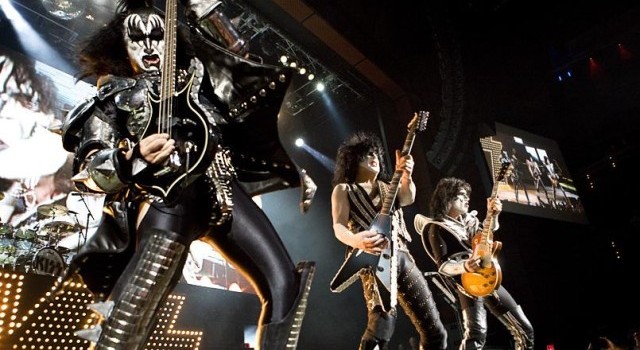 If a claim made on the Twitter account of KISS co-founder Gene Simmons is accurate, then KISS will be performing at the outdoor game between the Kings and Ducks at Dodger Stadium.

YES. KISS IS PLAYING THERE. RT @njdevs1982: @genesimmons Are you going to the Kings Ducks outdoor hockey game Jan. 25 at Dodgers Stadium?

An email returned by a Kings spokesperson did not deny Simmons’ claim. Simmons and KISS co-founder Paul Stanley are part of the ownership group of L.A. Kiss, an Arena Football League team that will begin play at Honda Center in March, 2014. Prior to the Kings-Ducks game in Anaheim on December 3, Simmons and Stanley dropped the ceremonial first puck between captains Dustin Brown and Ryan Getzlaf.

KISS, who set a small part of the then-Irvine Meadows Amphitheatre stage on fire due to a fireworks mishap during their 1996 reunion performance at KROQ’s Weenie Roast – I was there! – might need a buffer zone between their pyrotechnics display and the ice surface. That’s obviously a non-issue and a joke, one that will likely be repeated in the lead-up to the event, should Simmons’ claim come to fruition. 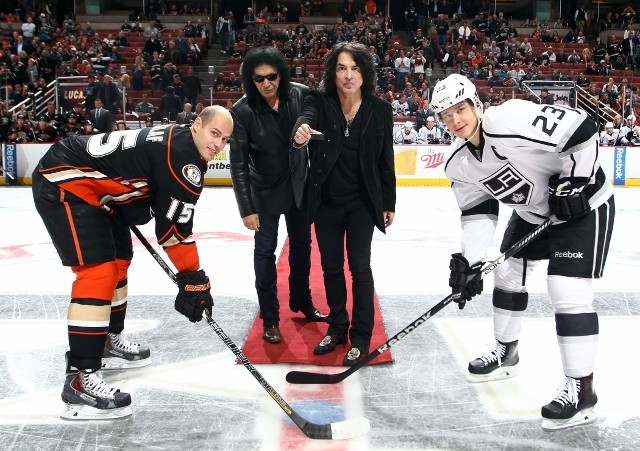