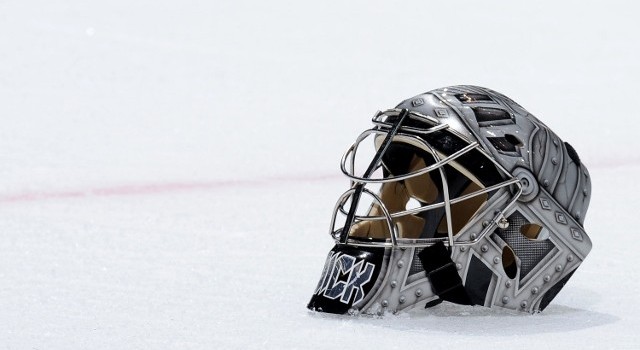 Following the Los Angeles Kings’ 3-0 victory over the New York Islanders on Saturday, December 7 at STAPLES Center, goaltender Jonathan Quick provided a rehabilitation update on his Grade 2 groin strain and noted that he hopes to “get on the ice and see how it feels” within the next week.

Quick, on the recovery process:
It’s good. I’m working out. I haven’t started skating yet, but that’s the next step. Hopefully within the next few days or a week or so I could try to get on the ice and see how it feels out there. Obviously you want to get back. You want to play, but you want to do it in the right way, and you don’t want to push it to the point where you end up re-injuring it or doing something that sets you back a little bit. I think so far everything’s gone well. You’ve just got to continue. As tough as it is to watch the team and not be able to play, you’ve just got to keep doing that until you’re ready to go.

Quick hasn’t played since suffering the injury during overtime of a 3-2 shootout loss in Buffalo on November 12. Not including that game – Ben Scrivens entered in overtime that night before Los Angeles in a shootout – the Kings have gone 8-1-3 since his injury. In the first year of a 10-year, 58-million dollar contract, the 27-year-old is 10-5-0 on the season with a 2.35 goals against average and a .905 save percentage.