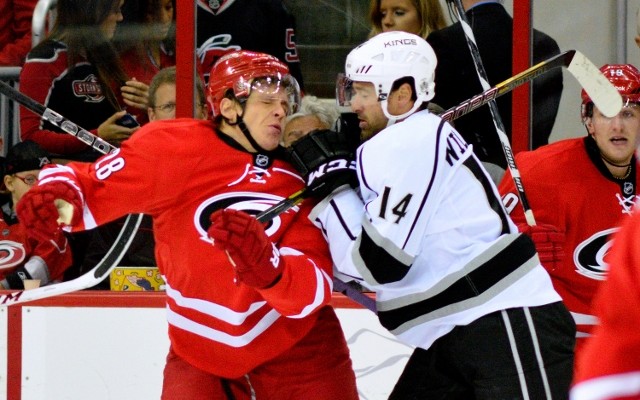 After a day away from the rink, the Los Angeles Kings returned to practice on Tuesday.

The morning was not without one unexpected development, as Justin Williams left the ice well before the rest of his teammates. Colin Fraser then put on Williams’ practice jersey and assumed his place in drills for the remainder of skate. Earlier in practice, Fraser had also served as a defenseman in drills alongside Alec Martinez, a necessary substitution due to an odd number of defensemen currently on the Kings’ roster.

When asked about Williams’ status, Sutter gave a somewhat ambiguous answer, one that did not seem to indicate anything seriously wrong with the team’s first line right wing.

It was an answer that elicited a follow-up question as to whether Williams’ early departure for practice was a punitive measure. That wasn’t the case, according to Sutter.

“You don’t kick guys off the ice because they’re not working,” he said. “Keep ‘em out there to work.”

Should anything meaningful develop out of this (likely unimportant) story, it will be revealed when the team takes the ice Wednesday morning.