Frattin “much better”; will remain at RW 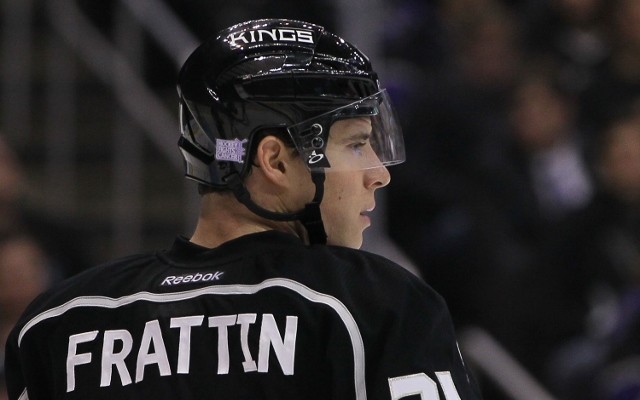 Head coach Darryl Sutter offered a positive review of Matt Frattin’s performance during a 3-2 loss to the Calgary Flames in his return to the lineup after serving as a healthy scratch in Saturday’s win over the Dallas Stars.

“I watched the first period with him, all the shifts this morning. He was much better last night,” Sutter said Tuesday. “I know the young guys put pressure on themselves to score or think that they’re not doing their job if they don’t score, but if you can just show ‘em the detail in the game and be smart enough to learn from that, then he gets to be better.”

The third-year winger recorded 11:45 of ice time, which included a minute and nine seconds of power play time. Though he took power play shifts on the left side – and led the team in preseason scoring while serving primarily as a left wing on the Mike Richards-Jeff Carter line – Sutter indicated that Frattin’s usage on his off-wing will be sporadic. Notions of Tyler Toffoli earning minutes as a left wing should be curbed as well.

“I used him last night on the power play a couple times on his other side. I think it’s been a really tough transition,” Sutter said. I think that we were probably way out of line to think that we were going to play Frattin on left wing or Toffoli on left wing. It’s really difficult. You could learn it, I think, at the American League level, but it’s tough to learn it at the NHL level.”