The art of goaltending 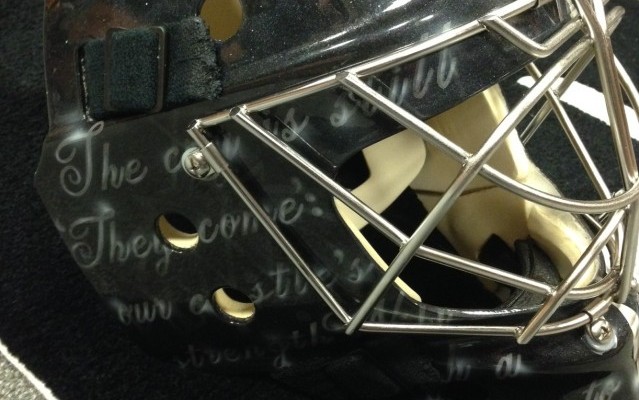 Ben Scrivens, who posted a 20-save shutout of the Florida Panthers earlier this afternoon, was not only sporting a new goalie mask custom designed by EYECANDYAIR, he was sporting a new nickname after the game – The Professor.

It fits. Scrivens, a 2010 graduate of Cornell University, is articulate and well educated. Following the game he professed his endeavor to “stay sharp academically,” and judging from some of his recent tweets and re-tweets, he’s grading out just fine.

Listening to @tedtalks at 35,000 ft. is quite exciting. pic.twitter.com/V4ZHXZKcwX

On opposite sides of his new goalie mask are a pair of Shakespeare quotes – one from King Lear, and another from Macbeth – and between them is a quill. Though he admits to not having the most polished creative gene, he felt the quotes were unique ways to artistically represent his athleticism.

From King Lear:
Allow not nature more than nature needs,
Man’s life is cheap as beast’s.

From Macbeth:
The cry is still “They come!” Our castle’s strength
Will laugh a siege to scorn

Scrivens acknowledged that quoting Macbeth in a theater is bad luck – and the National Hockey League certainly provides excellent theatre every night – but wow! That Macbeth quote is an awfully strong depiction of the Kings’ team defense, which in a hockey sense laughed the Florida Panthers’ siege to scorn on Sunday.

Scrivens, on whether he ever studied theater:
No, I’m not a big fine arts person, but I can respect it, for sure. I just don’t think I have that type of mind – I don’t think I’ve got the creative gene that a lot of people get. I can definitely respect it, but it definitely wasn’t my calling.

Scrivens, on whether he chose the quotes:
Yeah. I just kind of skimmed through, and did some web searches and stuff, too. I tried to pick a couple that might loosely relate to hockey a little bit. So that was kind of the thinking behind it. But, obviously the reason they were chosen was King Lear was a King, and Macbeth was a king in the story. So that’s the tie in there, that they were both kings. And then the quill down the middle, it wrote the quote, so it kind of stays on top. Just a unique idea.

Scrivens, on the bad luck associated with quoting Macbeth:
One of the wives of one of my former teammates is big into dance and all that stuff, and I was kind of spitballing ideas with a bunch of people. My old teammate told me that his (now) wife said that quoting Macbeth is considered extremely bad luck in the theater industry. I had never heard of that, but that’s kind of how you learn stuff, is word of mouth, too. But I don’t really buy into superstitious stuff.

Sticktap to The Royal Half for being all over this. 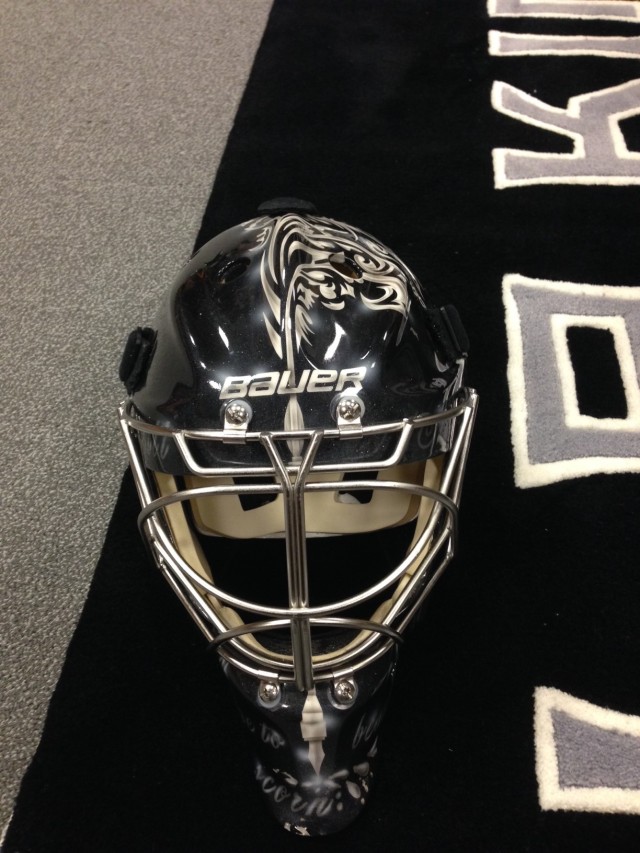 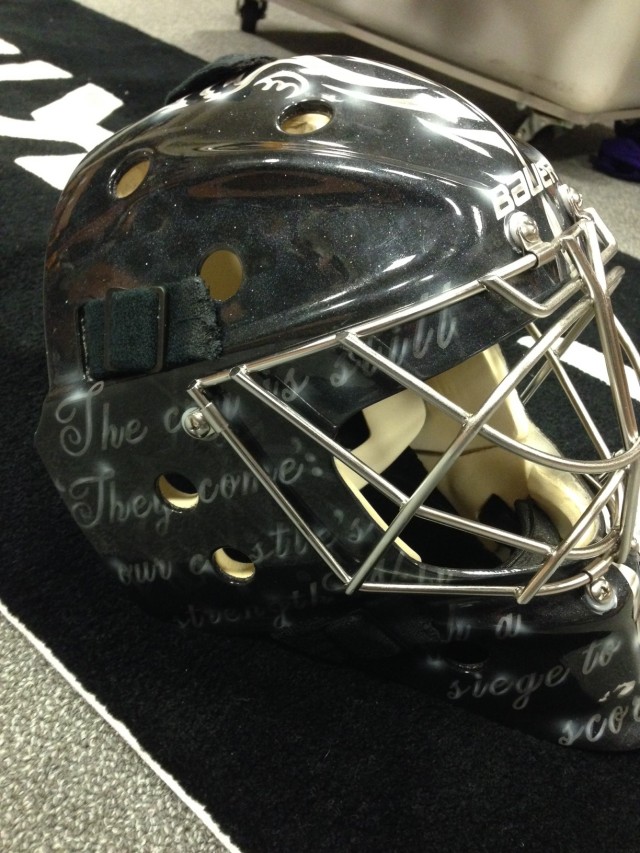