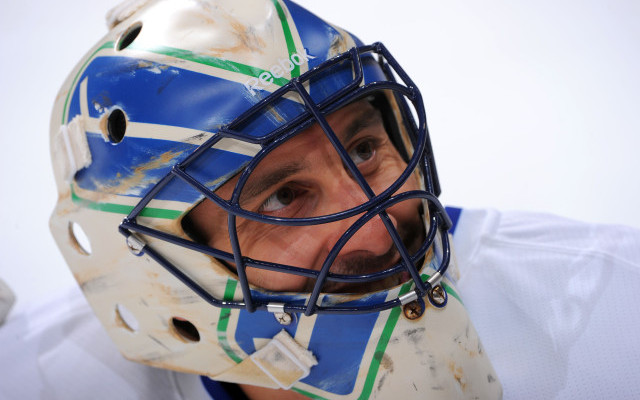 Since the later years of the last decade, few ventures in hockey have been as expected as the Vancouver Canucks’ attempts to finish atop the Northwest Division and acquire a high seed.

In a significant shift in the balance of Western Conference power, the Canucks no longer will be making measurements for a divisional banner in September – and for the first time in recent memory many of those periods and exclamation points have been replaced by question marks.

Make no mistake – where there are Sedins, there are ways. But for a team that captured the President’s Trophy in 2011 and 2012 and boasts regular season credentials like few National Hockey League teams do, a more challenging division, the adjustments necessitated by a new coach and a new system, a depleted prospect pool that only recently has begun to be restocked, and perhaps the lack of one or two high-caliber offensive performers to play with the Sedins and round out the top six all combine to bring Vancouver closer to the playoff bubble than the B.C. club has been since Roberto Luongo’s early days wearing the Orca.

That Luongo is even wearing the Orca at all in August, 2013 isn’t as much of a surprise as it is the logical response to one of the team’s most repeated questions. How do you move the clunkiest contract in the NHL? You don’t. So Luongo will cost the team 5.33 million dollars of cap space annually through 2022, Cory Schneider will eventually take over the reins from Martin Brodeur in New Jersey, and Bo Horvat, selected with the ninth overall pick exchanged for Schneider, will – well, who knows what Bo Horvat will do. He’s 18-years-old. He and Hunter Shinkaruk, selected 24th overall, represent the Canucks’ efforts to replenish a farm system that, as noted by Mike Battaglino of NHL.com, iced only one player drafted by the team since 2005 (Jordan Schroeder) that appeared in at least 12 games.

“We have some kids that are knocking on the door,” new coach John Tortorella said. “We want to give them every opportunity to try to crack this lineup.

“We have to be careful in how we develop them; they need to go through the process of understanding what it is to be a pro. If we feel it’s hurting them, then they’ll go to the minors and play. But we’re going to give them every opportunity because I think that’s how you create the enthusiasm, that’s how you build your team to be competitive for a long time with the [salary-cap] world. … You need some youth in your lineup.”

As for Tortorella, his defensive-minded tactics shouldn’t create the most voluminous hiccup in the Canucks’ immediate plans. His comments regarding the Sedins blocking shots and killing penalties shouldn’t be scoffed at; a team flush with defensive depth and committed, two-way forwards will only have its strongest attributes enhanced under a demanding, defensively-aligned coach such as Tortorella. The Canucks finished tied for ninth, fourth, and first overall in goals allowed over the previous three seasons, and appear to be a top-10 team defensively once again.

Of course, these stats measure regular season performances. The only postseason statistic impacting this year’s Canucks team is one – as in the total number of playoff games won over the last two seasons. That lack of postseason accomplishment should serve as a rallying tool by a tight-knit group of players whose path to the postseason is no longer paved with a combined 18 combined games against Calgary, Edmonton and Colorado. That type of “Why not us? Why not now” mentality, spiked with a fresh beginning for Tortorella and an established level of defensive aptitude should create the right environment for this team to once again find regular season success – though to a diminished degree than had previously been established in the Northwest Division.