A big weekend in Latvia

While much of the tail end of last week was spent discussing Slovenia’s historic entry into the men’s hockey tournament at the 2014 Winter Olympics, family ties are binding another Los Angeles King to the Sochi Games. 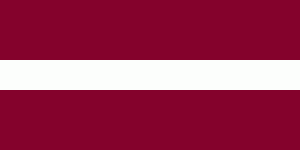 Jordan Nolan’s father, Ted Nolan, has coached Latvia into the Winter Olympics, marking Latvia’s fourth consecutive appearance in the men’s tournament. The Latvians finished in last place amongst the 12 teams in both the 2006 and 2010 Games.

Final day mathematics provided a tense qualification scenario as the Latvians needed at least one point from an overtime loss to advance, while their final day opponent, France, needed to win by at least two goals or score at least four goals in a one-goal win to qualify. If neither scenario developed, Kazakhstan would have qualified for its third Games ever.

Trailing 2-0 at one point, Latvia entered the third period trailing France 2-1 before scoring 12 seconds into the final 20 minutes on former L.A. goalie Cristobal Huet. France eventually won in overtime, but the deafening chants in Riga for the host country made for the most jubilant loss in Latvia’s hockey history.

The Latvians will be a heavy underdog in Group C along with the Czech Republic, Sweden and Switzerland. While Latvia isn’t quite the minnow on hockey’s world stage that Slovenia is, stressing qualification stories for lower-tier national teams always provide for great theatre. If you haven’t already heard it, I hope you’ll listen to the Honduran radio account of United States defender Jonathan Bornstein’s 95th minute goal against Costa Rica in 2009 World Cup qualification that allowed Honduras to enter the World Cup for the first time in 28 years on goal differential and try to suppress the chills.

Jordan Nolan, on communicating with his father after Latvia’s win on Sunday:
“We texted a bit after the game [Sunday]. He sounded pretty excited. He’s flying back home [Monday], and then he’s coming down to L.A. in a week or so. So I think he’s definitely thrilled, and my mom’s pretty excited, too. So it’s a pretty emotional day for them, and he’s very proud.”

Nolan, on if it’s special for two Kings to have family ties to the 2014 Olympics:
“Yeah, I think so. Just having anything to do with the Olympics [is special]. My dad has worked hard in his career to get to where he is now and have the team that they did in this fast tournament, and to make it to the Olympics is definitely exciting for our family and for Kopitar’s family, also. They’re a hard working family also, so I think both families deserve it. It’s going to be an exciting time next year.”

Nolan, on how much time Ted spends in Latvia:
“Not too much, actually. He only goes over there about maybe five or six times [a year], for about two weeks at a time, so I think he’s excited to come down to L.A., watch me play a little bit, and then he has another tournament coming up at the end of the season. He’s definitely focused on his job over there and has a big job to do coming up with the Olympics this next year. But he’s excited to come down [for] a little down time in L.A.”

Nolan, on the pride of seeing the celebration inside Arena Riga after the game:
“Yeah, definitely, just to know that your dad was part of that team [as] head coach, and I’m sure that he’s also very proud of the guys on his team for accomplishing that. He wasn’t sure what their chances were of making it…They came a long way, I think, and they’re definitely a proud country right now, so he probably celebrated a little bit last night, and then he’ll come down to watch his boy.”

Nolan, on the reunion of the King-Richards-Nolan line:
“I think we were both a little surprised. Darryl can throw some lines that you never know what’s going to happen. But I thought we played well [versus Detroit]. I had a few chances. Kinger and I work well off each other, and Mike’s obviously a pretty gifted player, so we try to get him the puck as much as [we can] and get some scoring chances.”

IIHF recap of Latvia’s entrance into the 2014 Winter Olympics