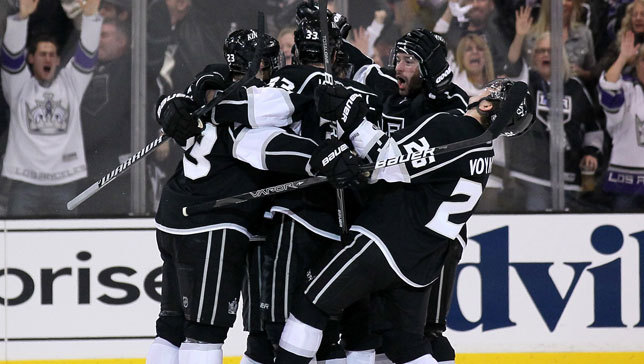 – The Kings beat the Vancouver Canucks 1-0 on Sunday night at Staples Center to take a 3-0 lead in the best-of-seven first-round series.

– This is the first time in franchise history that the Kings have held a 3-0 series lead.

— Jonathan Quick made 41 saves for his first shutout of the series and his second career playoff shutout. Quick recorded the seventh playoff shutout in Kings history.

— Dustin Brown scored the Kings’ goal, his fourth goal and fifth point of the series. Brown had a team-high six game-winning goals during the regular season. Brown has six goals and six assists in 15 career playoff games.

— Justin Williams assisted on the goal, his third assist and third point of the series. Williams has 11 goals and 21 assists in 54 career playoff games.

— Anze Kopitar assisted on the goal, his third assist and third point of the series. Kopitar has two goals and six assists in nine career playoff games.