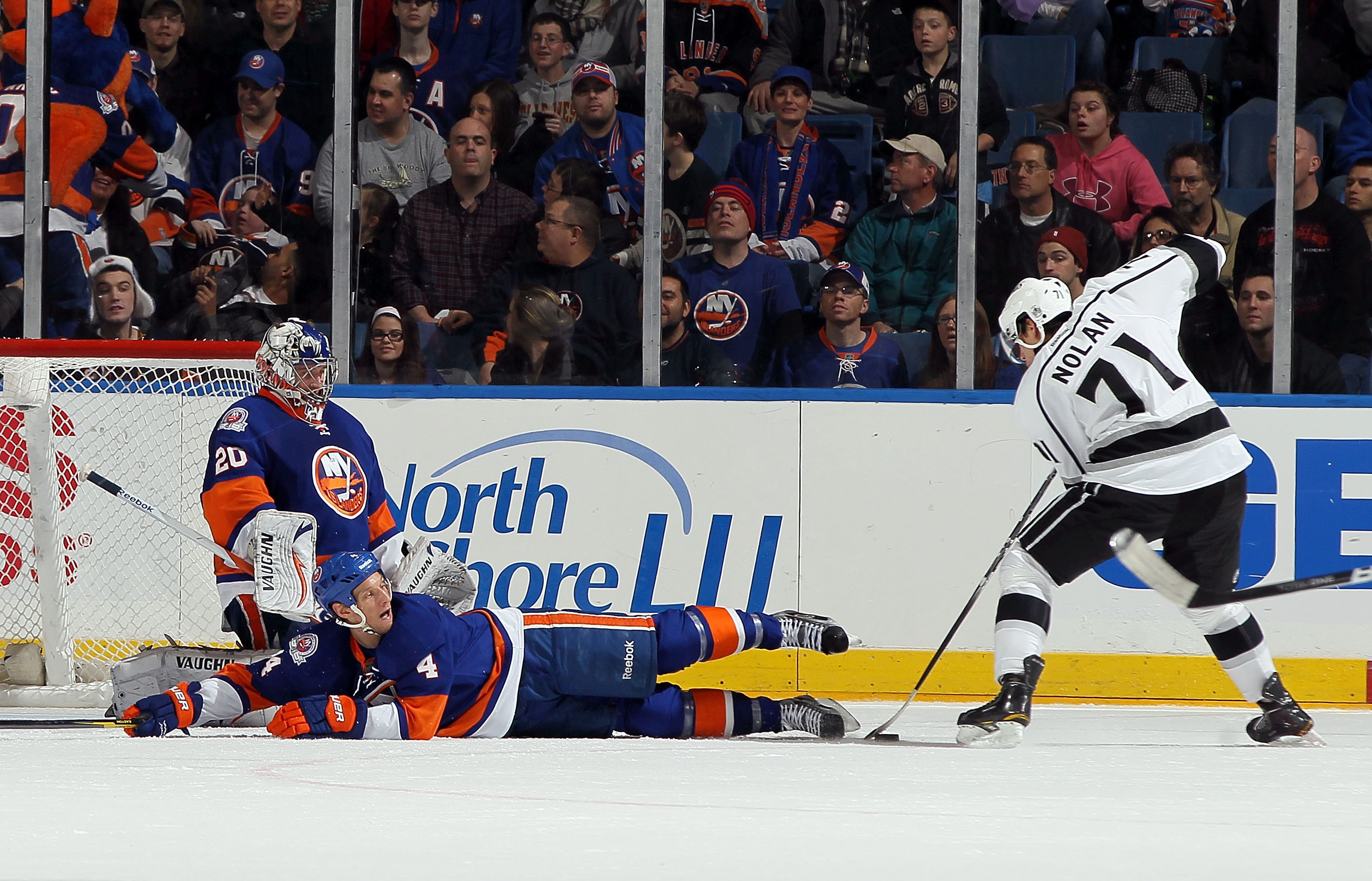 First, a note on this morning’s activity. Jim Fox reports that the only players on the ice were Davis Drewiske, Dustin Penner and Jonathan Bernier, so the natural assumption would be that Jonathan Quick will start and that the only possible lineup change might be the inclusion of Kevin Westgarth. We shall see. At any rate, it seems rookies Dwight King and Jordan Nolan will get another look.

The postgame stat sheet didn’t really do justice to Nolan. In his NHL debut, Nolan played 14 minutes, 18 seconds, and didn’t record a shot on goal. He had two hits and took a minor penalty. But Nolan did well. On a line with veteran center Mike Richards and King — who also asserted himself at times in the offensive zone — Nolan looked increasingly comfortable in the game, nearly scored a couple times and, perhaps most impressively, had a smart backcheck play to knock the puck away from the Islanders and thwart what appeared to be a dangerous developing scoring chance.

It was only one game, of course, and as Darryl Sutter noted after the game, “kids playing against kids’’ — a reference to the New York Islanders’ young lineup — but Nolan did well for himself. Nolan (and King) had nine third-period shifts, nearly as many as Dustin Brown and Anze Kopitar (10), and Justin Williams (nine) Nolan is the son of former NHL player and head coach Ted Nolan, who is now the head coach of Latvia’s national team (and, incidentally, formerly coached the Islanders). So, Ted Nolan couldn’t be on hand to watch his son’s NHL debut, but Jordan Nolan did have other family support.

(on whether his dad watched in Europe…)
NOLAN: “My dad is in Latvia right now, so he couldn’t make it, but my mom and my brother were here, so I was excited to see them and I’m glad they came down to watch. My mom was in New York and my brother lives in Toronto so he flew here (Friday) night. … (My dad) watched on the computer somewhere. He was definitely watching and proud of me, so it’s good.’’