What is the target number for playoffs? 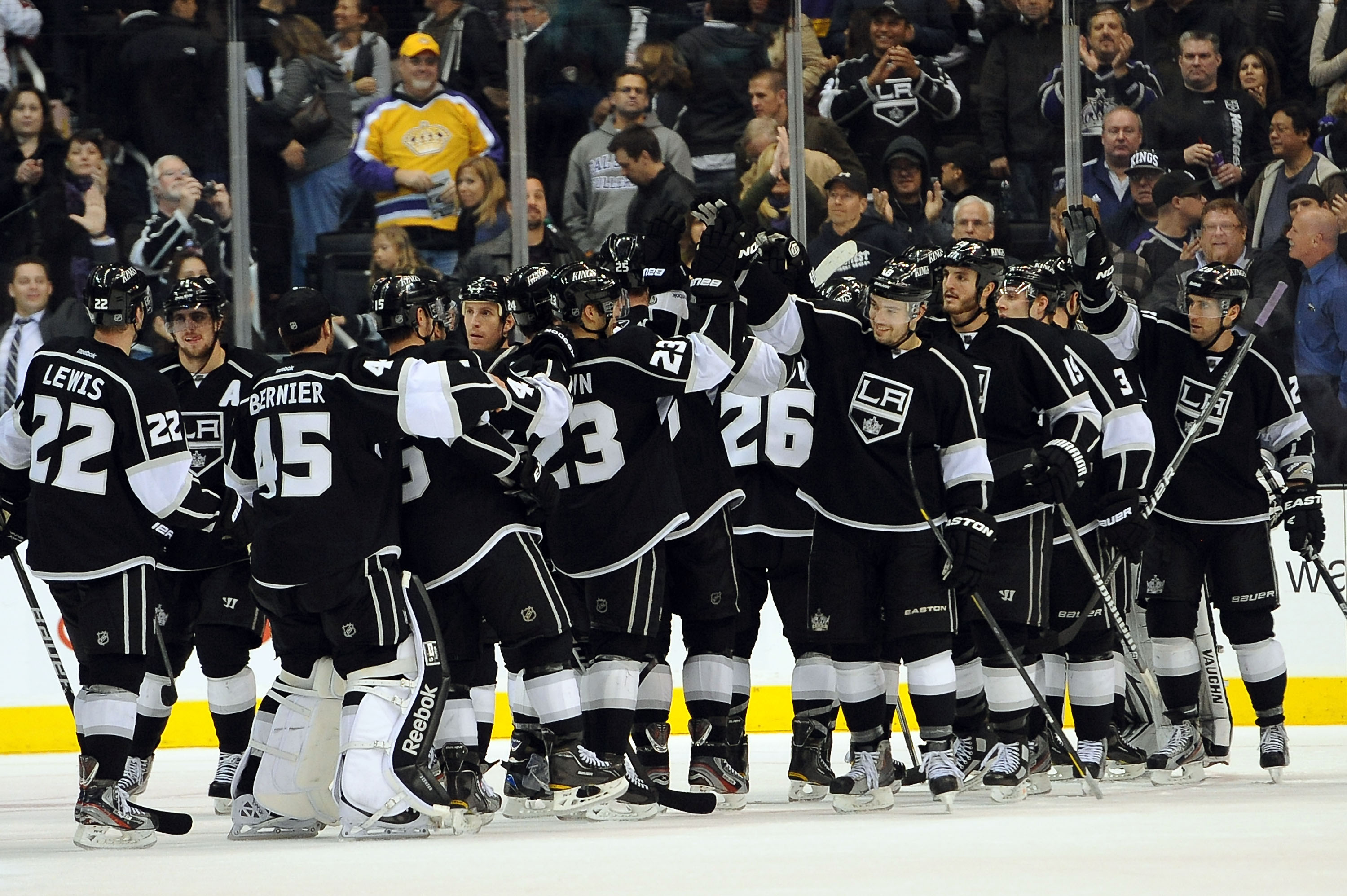 With 58 points through 50 games, the Kings are on pace for 95 points. Is that enough to make the playoffs? In recent seasons, yes, for the most part. Since the start of the 2005-06 season, and the advent of three-point games, the eighth-place team in the Western Conference has finished with the following point totals: 95, 96, 91, 91, 95 and 97. The eye-opener is last season, when Dallas finished with 95 points and finished in ninth place, two points behind Chicago.

For the Kings to get to 97 points, they would need 39 points in their last 32 games, the equivalent of a 19-12-1 record. And, as Darryl Sutter points out, it’s not simply a race to a certain number. It’s also about holding off teams, from ninth to 12th place, that are currently very much in striking distance of the top eight.

SUTTER: “The tough part is, though, you’re going right through 12, and possibly 13 with Anaheim being really hot. With the parity, or whatever you want to call it, it’s really hard. We’re seeing three-point games, three or four times a night. So how do you really know what that number is?

“That number, we could sit down and do it and say, `That looks like the number,’ but I don’t know what it is. The better way to look at it, at the start of the year, is to say you know you need 100 points. That assures you, right? Everything else, you might be one (point) out. It’s a tough thing. I think that’s a good way to look at it, when you go into the start of the season, to say you need 100. Because then you know you’re safe, and that might win your division, depending on how teams do. Some divisions, that wins it easy. Some divisions, you’re fighting for it right to the end.’’