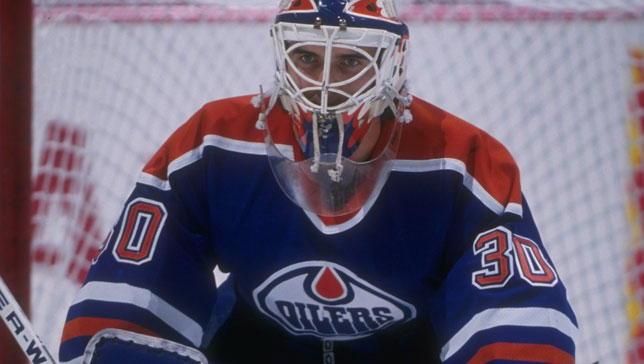 My LAKings.com feature for this week takes a look at Jonathan Quick as he starts his journey to the NHL All-Star Game for the first time. Thanks for reading…

In that story, Quick talks about perhaps getting some advice from Kings goalie coach Bill Ranford (pictured) and assistant general manager Ron Hextall, two former goalies who appeared in one All-Star Game each. Ranford represented the Edmonton Oilers in 1991 and Hextall represented the Philadelphia Flyers in 1988. In terms of Kings goalies, Quick becomes the fourth to represent the franchise, and follows Terry Sawchuk (1968), Rogie Vachon (1973, 1975, 1978) and Mario Lessard (1981). How did they all fare? Check it out below…

— Hextall allowed two goals in 30:08 in 1988, and his Wales Conference team beat the Campbell Conference 6-5 in overtime.

— Lessard, playing at the Forum in Los Angeles in 1981, allowed two goals in 28:17 and his Wales Conference team lost 4-1 to the Campbell Conference.