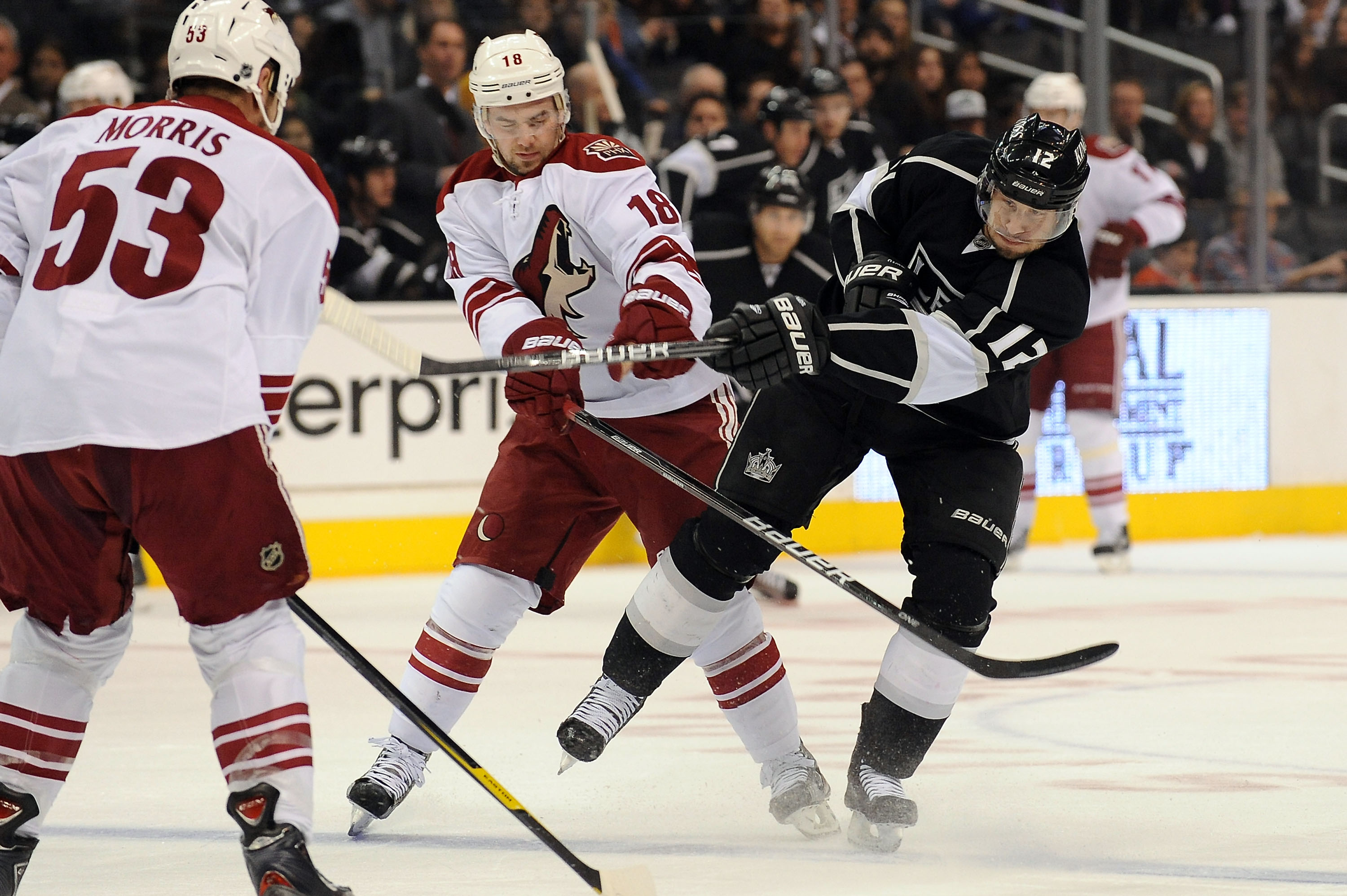 An earlier post discussed the nagging injuries that the Kings will (potentially) be able to heal during the eight-day break. What about the injuries that are keeping players out of the lineup? The news isn’t as good there, as there’s really no change in the status of Simon Gagne or Scott Parse.

Gagne suffered a concussion in the Dec. 26 game against Phoenix and, as of a couple days ago, had not participated in any hockey-related activities, and of late had been attempting to ride a stationary bike.

Parse had hip surgery on Dec. 2 and had been doing the early stages of his recovery at home in Michigan, but on Monday he was at the Kings’ training facility and at Staples Center, walking around on crutches. At the time of Parse’s surgery, his estimated recovery time was 4-5 months, so it’s not completely out of the question that Parse could be back on the ice at some point this season, but the odds aren’t in his favor.

How does this impact the Kings’ ability to make moves in advance of the Feb. 27 trade deadline? It does, slightly. According to the website capgeek.com, the Kings could take on approximately $3.6 million in salary at the deadline while staying under the salary cap. Then there’s Gagne. The Kings could get some cap relief by putting Gagne on long-term injured reserve, but that relief only comes if the Kings are over the cap. For instance, if the Kings took on $3.8 million in salary, having Gagne on long-term injured reserve would allow them to deduct his cap hit. The same would hold true for next season, if Gagne is unable to return, as he has a salary-cap hit of $3.5 million for next season.