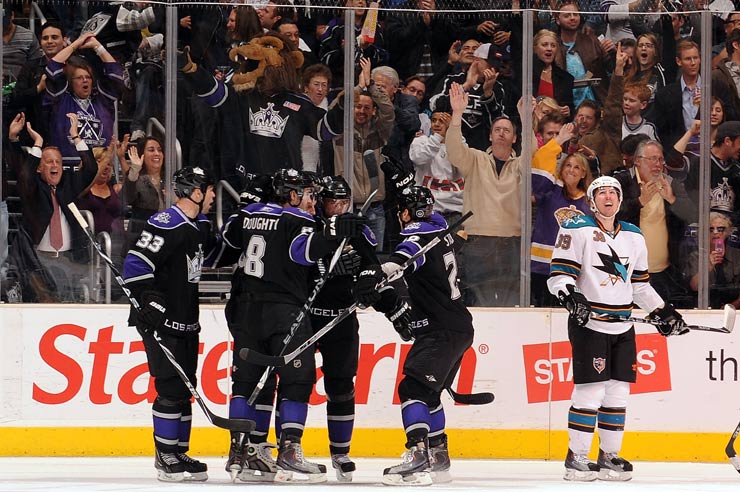 It’s funny how one week can change things. Last Thursday, the Kings seemed to be limping toward the All-Star break. They had been beaten 2-0 by Phoenix and were facing a rematch against the Coyotes, followed by games against Boston and San Jose. Of course, the Kings got the maximum six points from those three games, and went into the break feeling good. One might think that the break would come at a bad time for the Kings, given that they seem to be getting their stride back, but Terry Murray said he’s fine with it. Every NHL team is in the same boat. The league is now, officially, shut down until Monday, when teams can resume practicing.

MURRAY: “I’d prefer the break right now. We’ve had a lot of hockey since the Christmas break, a lot of travel in there. The guys have been digging down real deep, trying to get things turned around, and we seem to be coming back on track, but I think it’s important, now, that we take advantage of the opportunity to step back for a few days and recovery physically, emotionally, mentally, and come right back at it. I know last year, after the Olympic break, we came out flat. We have to give this one a good focus, to come back out the same way we’re playing right now. The time off will be good though.”