A “necessary evil” of the business: Martinez looks ahead, praises Clifford, Campbell

The trade of Kyle Clifford is being felt deeply within the L.A. organization. The same goes for Jack Campbell, another wonderful teammate, but Clifford, for reasons obvious to all on this page, had a deep and enduring relationship with teammates, coaches, staff and management, not to mention the Kings fans who appreciated his blend of brusque physicality and honest leadership. That he’d continued to build and adapt his game and etched out his finest NHL season a year ago even amid the league-wide embrace of smaller, skilled players and the team’s own standing reinforced those bonds and allowed him the opportunity to continue his career with a playoff team. He is an unrestricted free agent and teams will be interested in his services if he does not re-sign.

Los Angeles had held internal discussions regarding Clifford and engaged in preliminary overtures with his representation, but as a player bound for unrestricted free agency and one year shy of 30, as much as he assumed an important role as a team statesman and leader, those qualities will also be among those cited in negotiating his next contract. Next year, the Kings expect to move out of their current stage in which they’re exchanging experienced players for assets and surely Clifford’s intangibles would be of value to a team that’ll feature a much younger roster such as the Kings, but as someone who just turned 29 and is coming off a five-year contract that carried a $1.6-million cap hit, he’s also on the expensive side for someone (whose value goes well beyond statistics and time on ice) who aligns towards a slot in the lineup they’re going to want to implement youth in next season, and there is also the matter of term. Ultimately, they decided to trade him and Jack Campbell for forward Trevor Moore, a 2020 third round pick and a 2021 third round pick that becomes a second if Campbell wins six regular season games and the Maple Leafs make the playoffs, or if Clifford re-signs. More on the trade impetus is here.

There have been a lot of legendary Kyle Clifford stories. The handshake. The “generational human being.” The ability, when he was 18, to just shoot the breeze with the Kings’ amateur scouting staff and their fascinations with him. Everybody’s working to improve this team and it’s easy to put the blinders up during the marathon of a season, but there are people like Mike Futa and Mark Yannetti and those who’d been a part of the team’s greatest successes from the ground up who’d been enormous Clifford advocates – who wouldn’t be? – and some thoughts do gravitate to their thoughts and memories upon this transaction. They’re probably tired and cold, because they’re in a rink on little sleep, but I’m sure part of the mix of emotions is a hell of a lot of pride in what Clifford accomplished with the team.

Everyone processed the trade differently. Alec Martinez is among those who may hear his name make headlines at some point before the February 24 trade deadline. And he did a good job lucidly explaining the reality of the current predicament in which the team will make changes to set itself up for success. He also welcomed us to his stall with a Billy Madison line. “Now that wasn’t very nice. How ’bout you Sideburns? You want some of this milk?” he said, flashing a smile before segueing into the topic on hand. It was a good way to ease into a conversation that’s especially difficult for the players. And it’s not surprising Martinez, whose arsenal of popular culture and literary references is vast, disarmed his and others’ complex emotions with a movie quote.

“Obviously, it’s tough,” he said. “I love this game. This game has treated me really well, it’s treated a lot of us well in this room. This is just one of those things that is a part of it that’s no fun and I guess it’s a necessary evil. It’s the world that we live in, so it’s tough to see your buddies go. I was just hanging out with those two guys yesterday, and like I said before, I guess it’s just a byproduct of when you’re not getting wins on the ice, things like this happen. It’s just the way it goes, but at the end of the day, you’re a professional, you’ve got to come to the rink ready to play. You get two guys that get an opportunity, you see Cal and obviously Trevor. But it’s a part of the game. You’ve just got to get your mind right and just focus on your own game and play tonight.” 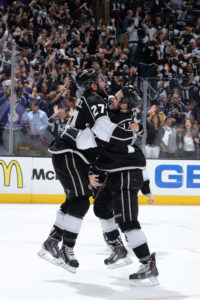 Alec Martinez, on weathering the “sting” of a season that will encompass more changes:
At the end of the day, there’s no other way to say it. It sucks. But that’s the nature of our business. You work your whole life to reach the pinnacle of your particular industry or career, and really at the end of the day, there’s not much certainty. That can be kind of frustrating, but with that said, we all know what we signed up for. That’s the way that it goes sometimes, and unfortunately, like you mentioned, it doesn’t get easier. It’s one of those things where you anticipate things like this happening, but it doesn’t matter how much you prepare yourself for it. When it actually happens, it’s different and it’s not any fun.

Martinez, on his favorite memories of Kyle Clifford:
Just to start with the two Cups, Cliffy, he and I came in as rookies together. There’s too many good memories to count or go over in an interview, but obviously it’s a bummer to see him go, and Soupy, he’s been around for a few years, too, and he’s the ultimate teammate. He’s always willing to do just about anything for anybody. … Obviously it’s really disappointing to see him go. It’s cliché, but it is a business, and unfortunately things like this do happen, and when you don’t perform on the ice they tend to happen more. With that said, we’ve got Trevor coming in here, and hopefully he can be a big boost for us and be a big boost offensively. We get Cal, and we all know Cal really well. Between training camp and he was up with us for a while last year and did really well for us. It’s the business side of things, and it creates opportunity.

Martinez, on Cal Petersen:
Starting off the ice, he’s a really good guy. I’m sure that you guys will realize if you don’t already that he’s a pretty funny guy. Guys enjoyed being around him. He’s definitely a good addition to the room. On the ice, you guys saw it last year. The kid’s a competitor. The only thing that’s different, I guess, is somehow along the line he forgot that his glove goes on his left hand and not his right. But obviously he played really well for us last year, and I expect nothing different this year. Hopefully he gets the opportunity to go in soon and continue to show what he’s capable of. We know how great of a goalie he is, and I have no doubt in my mind that he’ll show it. 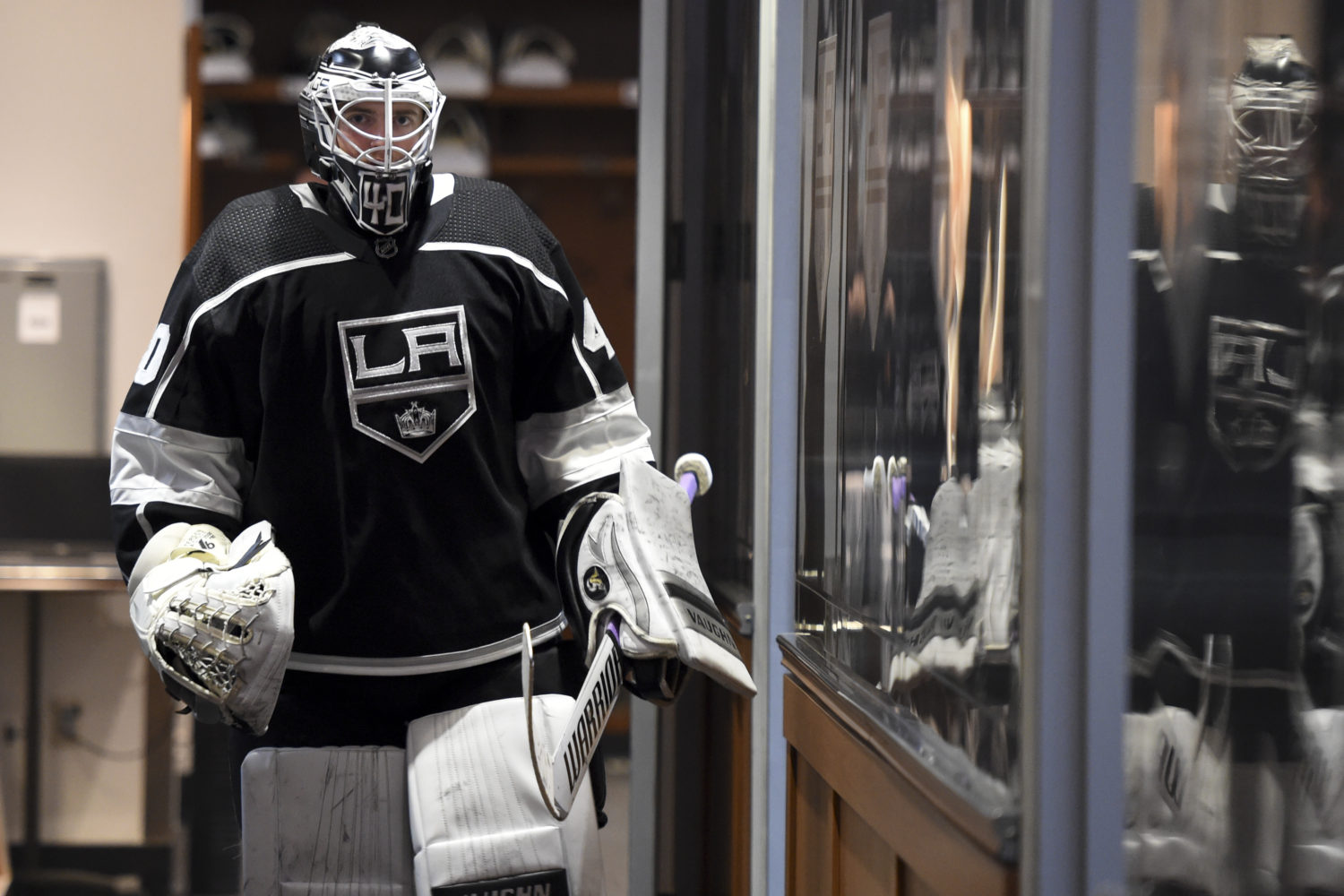