The Kings hit the ice at Toyota Sports Performance Center this afternoon, in advance of their counterparts for tomorrow evening, the Nashville Predators. Today’s practice marked the second consecutive practice day for LAK, with the Kings and Predators slated to square off tomorrow evening at 7:30 PM at STAPLES Center, continuing a four-game homestand for Los Angeles.

“With our big whiteboard in our war room, we throw up a menu of things that we would like to get to, and some things you never do,” McLellan said following yesterday’s practice. “The last practice, we wanted to get to review faceoff coverages and we didn’t get to it, just ran out of time, and low and behold in the Philly game, we gave up a goal again off of it. We spent [part] of the day reviewing that, we needed a lot of board work, some defensive zone stuff. First time, in a long, long time, where we really got to sweat it out and grind it out, maybe had the tongues hanging out a little more than normal, which is okay. It’s good for us to have one of those every now and then.”

McLellan didn’t speak with media today, so refer here for the latest on injured Kings, and we will wait until morning skate tomorrow for additional updates.

MacDermid gets two games
The NHL Department of Player Safety announced today that defenseman Kurtis MacDermid has been suspended for two games, as a result of his check on Philadelphia defenseman Ivan Provorov on Tuesday evening.

“The play was set up for that type of hit, the way Provorov was directed into that ice, that’s important ice to us as a team,” McLellan said after yesterday’s practice, before the suspension was levied today. “He’s a big man so he lowered himself, he tried to keep the hit clean and it will be the league’s interpretation of what happened.”

The league’s interpretation turned out to be that MacDermid’s hit was an “illegal check to the head”, the suspension video is linked below.

McLellan added that he does not believe that there was any malicious intent from MacDermid on the play, and is hopeful that the days of players deliberately targeting headshots, or the like, are far removed from today’s NHL.

“I don’t think there’s a player, I’d like to believe there aren’t any players in the league anymore that go head hunting,” McLellan said. “I watched the outdoor game, I don’t think Corey Perry had any intent and I think he felt really bad immediately after. I may be completely wrong, but that’s what I believe. I don’t think Dermy was doing anything like that, so sometimes, plays just adjust as they happen and let’s hope that nobody is doing that.”

MacDermid will miss the Kings home games tomorrow and Monday, before he is eligible to return to the lineup on Wednesday against Dallas.

Montreilya
In former Kings news, forward Ilya Kovalchuk signed a one-year, two-way contract with the Montreal Canadiens for the remainder of the 2019-20 season. Kovalchuk’s deal holds a $700K AAV in the NHL and a $70K AAV in the AHL. The contract presents the perfect buy low, essentially no-risk signing. If it works, it works on both ends because Kovalchuk would essentially be recouping the 2019-20 money he lost when his contract was terminated with the Kings, while the Canadiens would be getting production for a minimal cap hit. And if it doesn’t the contract is essentially a no-risk deal.

#Habs Bergevin emphasizes, “There’s no risk,” in the Kovalchuk signing. He says Kovalchuk has been skating but there are no assurances where his game is at. Did background checking via Nate Thompson (LAK) and Scott Mellanby (ATL). Positive reviews of the player & person.

Kings players, coaches and management has had nothing but positive things to say regarding Kovalchuk’s value as a teammate inside the Kings locker room, read more from Todd McLellan and Rob Blake on Kovalchuk’s time with the Kings from a couple of weeks back. 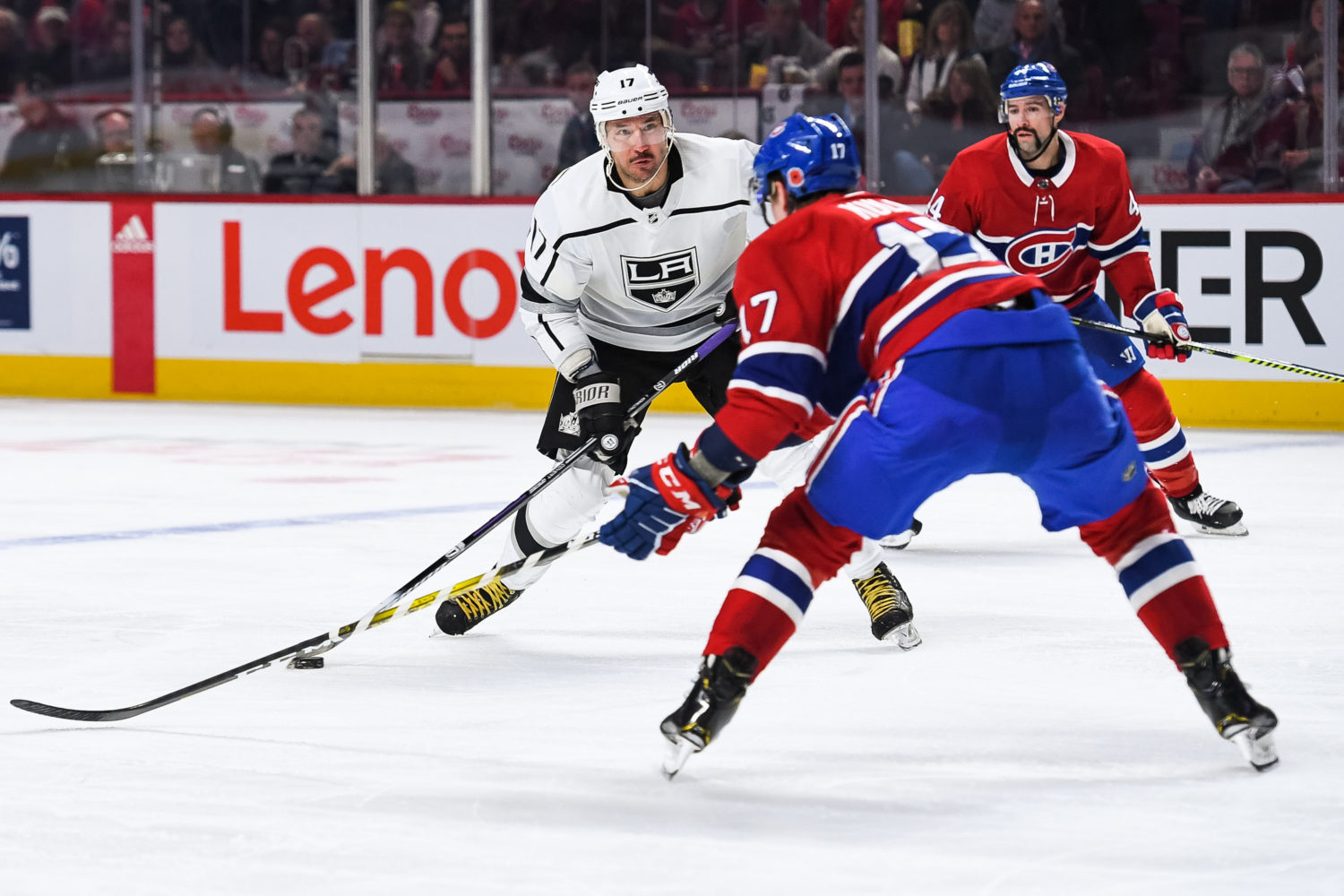 AHL All-Star Trio
The Ontario Reign saw not one, not two but three players selected as 2020 AHL All-Stars, with the event to be hosted by the Reign at Toyota Arena.

Goaltender Cal Petersen will represent the Reign for the second time (2017 – Utica), while Martin Frk and Kale Clague, both currently up with the Kings, are slated to represent the organization in their first All-Star events in the AHL.

While Petersen is at Stockton Arena, preparing to take on the Stockton Heat tonight at 7, I caught up with Clague and Frk after today’s Kings practice. Both players are, of course, up in the NHL with the Kings at the moment. Both Clague and Frk were extremely complimentary of each other, and Petersen, and why their teammates were selected to the event.

The pair was also excited to be able to be selected to the event on home ice in Ontario and being able to share the moment with the Reign fans, as well as not having to travel! Hear from Clague and Frk on their All-Star selections below.

Kale Clague on being named as an AHL All-Star
Yeah, I think it’s pretty exciting. I think it’ll be fun, I’ve obviously never done anything like it so I’m excited for it. It’s obviously good to get that recognition too, across the league.

On what event in the skills competition he thinks he’d be best at
I think maybe puck handling or passing maybe, that’s probably it. [Reporter: Not the fastest skater?] I’d say I’m a smooth skater, I don’t think I’m a very fast skater, so probably not the fastest skater.

On why his teammates deserve to be All-Stars
Marty, obviously watching him he shoots the puck so hard, I’m actually looking forward to seeing how hard he shoots the puck. He’s just a strong guy, he’s strong on the puck, his scoring ability is what makes him so good. Cal, that guy just bails us out of so many games. He’s just so good, I don’t even know what to say. I don’t know much about goalies, but I just know that he stops the puck more nights than not. He’s so good.

Martin Frk on being named an AHL All-Star
Yeah, it’s the first one. I got the call yesterday and it was pretty exciting to be honest. I’m glad I can represent with a couple of guys from Ontario, our team.

On why his teammates deserve to be All-Stars
Cal, you can just see it out there when he plays, it’s crazy what he can do. I feel like the AHL league, he’s way too good for that league to be honest, he’s a really good goalie and he’s helped us win a lot of games. We are really happy to have him. Claguer, he’s a really good D. He always has his head up, he knows where to pass it and he’s good on the power play, he’s done all the stuff that he needs to go to get up here [with the Kings], he deserves to be here. It’s good to see both of them doing well and having Claguer here is nice as well. They’re really good players and hopefully they continue to do a good job.

On being able to play in the event on home ice in Ontario
I’m glad it’s here too, so I don’t have to travel anywhere! I’m just happy I can be in front of our home fans, it’ll make it a special for me. A lot of fans will probably be cheering for us, us three there, so that’s always great. Hopefully we can be in our locker room as well. It’s great, and we definitely can’t wait to get it started.

On if he’s ever had his slap shot speed-tested before, and possibly competing in the Hardest Shot competition
It will be the first time to measure my shot. It will be kind of interesting, if they put me there, to do it. Hopefully I can surprise with a good number there and it will just be fun to see everything and be a part of it with the guys. It will be a good two days. 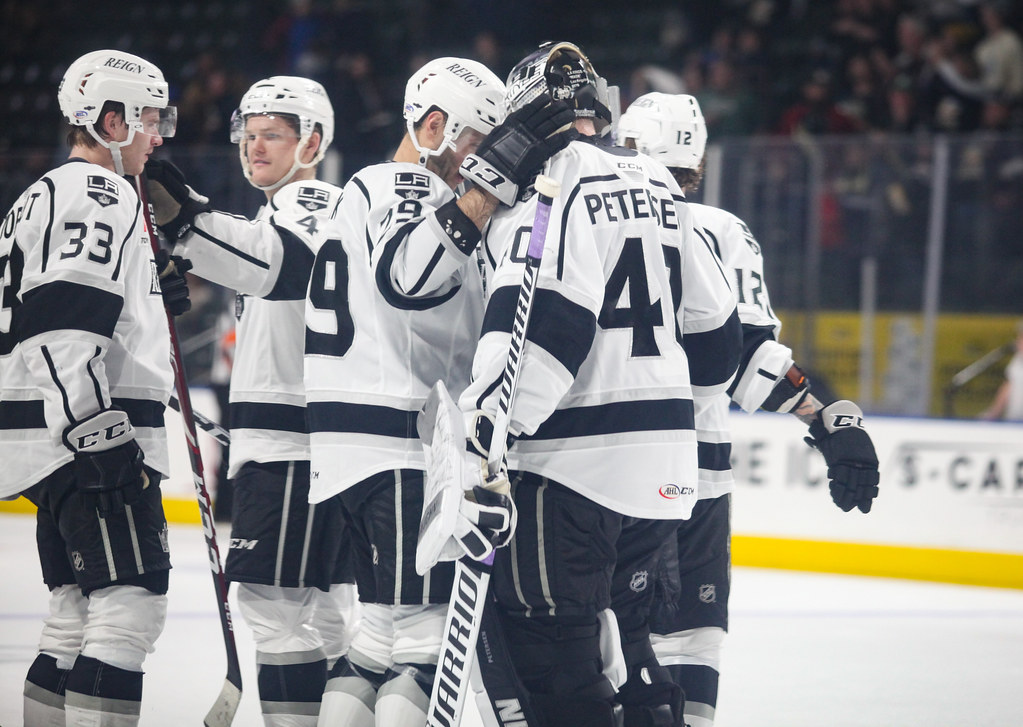