As reported earlier today, goaltender Jack Campbell has inked a two-year extension with the Kings. Campbell’s new contract, which will begin with the 2020-21 season, carries an AAV of $1.65 million per season. Read more on Campbell’s extension from Jon here.

Campbell is a great success story with the Kings. After he joined the organization in 2016, Campbell turned his career around with a strong season and a half with the Ontario Reign in the AHL, before finding a permanent home with Los Angeles alongside Jonathan Quick. With the up-and-coming Cal Petersen now also in the equation, the Kings are working from a position of strength between the pipes at the NHL and AHL levels.

I chatted with Jack earlier today on his new deal and the now 27-year-old netminder was very excited to extend his tenure with the organization for another two seasons. Quotes below –

Jack Campbell on his excitement with his two-year extension
It’s great. You know, I love this place, management, players, coaches, fans. It’s great to be around for a little longer so I’m really excited.

On what it means to earn a second extension with the Kings organization
Yeah, I mean they took me in and gave me a chance. I’m just so grateful about it and I don’t really know what to say. It’s just a big honor and I’m just ready to keep working.

On the timeline of how the extension developed
[It started] right at the end of the year, we talked and just got something done yesterday night. It’s exciting. I try to stay out of it, just kind of talk to my agent and let him handle it and it’s just nice to get something done for sure.

On what he’s working on in his game over the summer heading into the season
Just getting better. Flexibility and strength, that’s my two biggest things, and I feel like I’ve gotten a lot better, so I’m excited.

On if he approaches things any differently with a crowded crease
Nope, just one day at a time, one shot at a time. I think with all three of us, that’s our focus. All you can control is making saves, you can’t control anything else and I think all three of us are doing a good job of that. 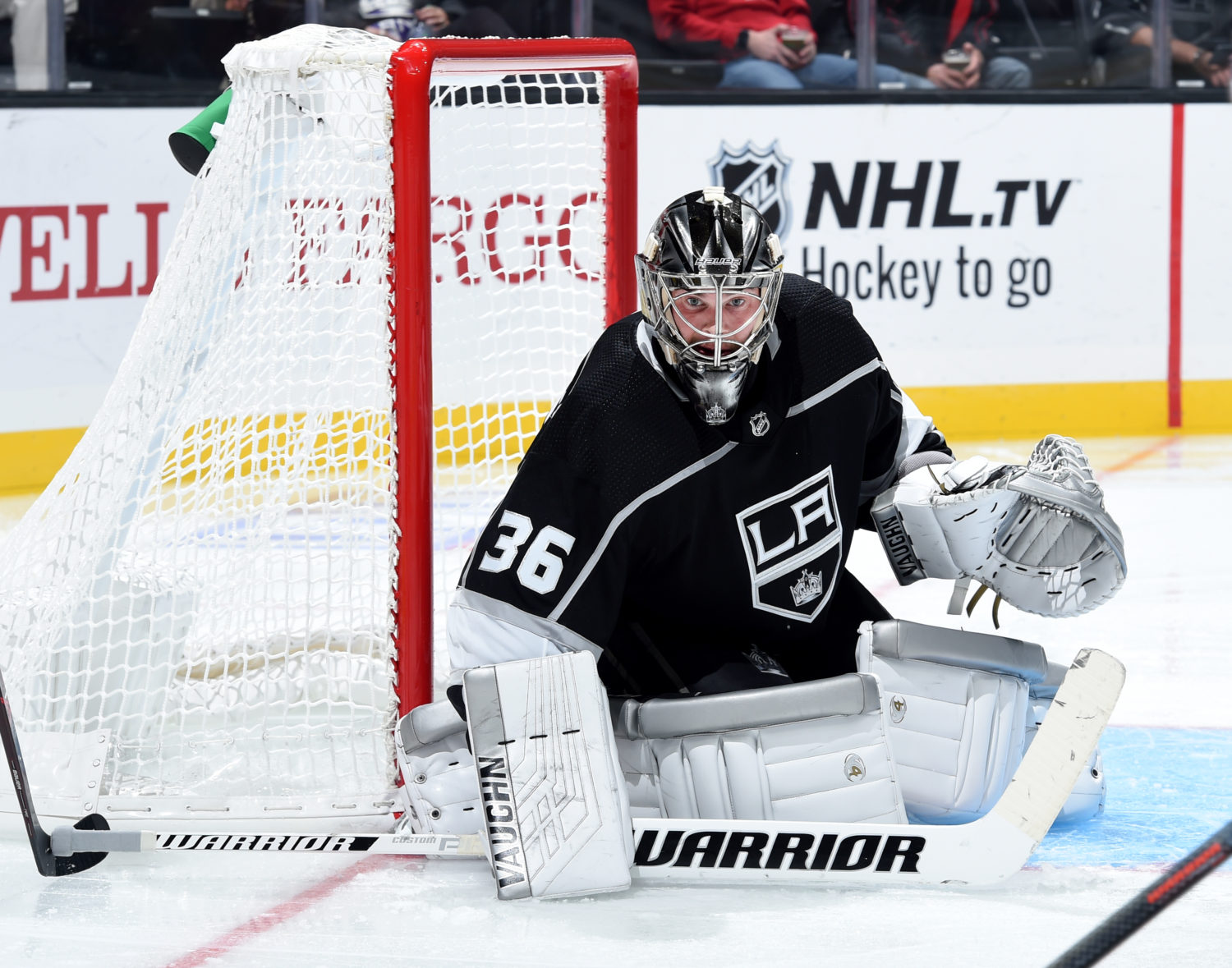 LOS ANGELES, CA – OCTOBER 7: Goaltender Jack Campbell #36 of the Los Angeles Kings tends net during the second period of the game against the Detroit Red Wings at STAPLES Center on October 7, 2018 in Los Angeles, California. (Photo by Juan Ocampo/NHLI via Getty Images) 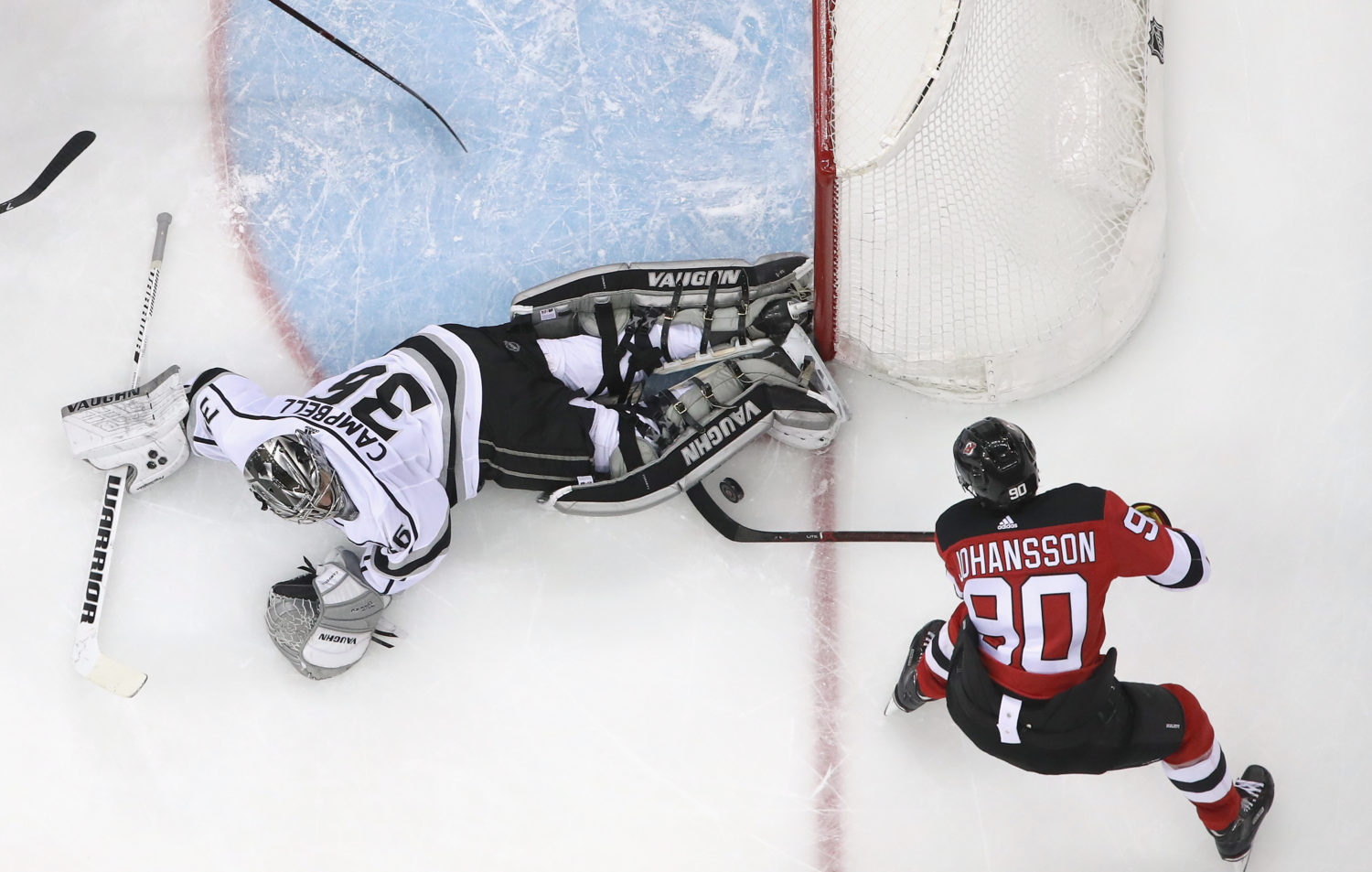 NEWARK, NEW JERSEY – FEBRUARY 05: Jack Campbell #36 of the Los Angeles Kings makes the save on Marcus Johansson #90 of the New Jersey Devils at the Prudential Center on February 05, 2019 in Newark, New Jersey. The Kings defeated the Devils 5-1. (Photo by Bruce Bennett/Getty Images) 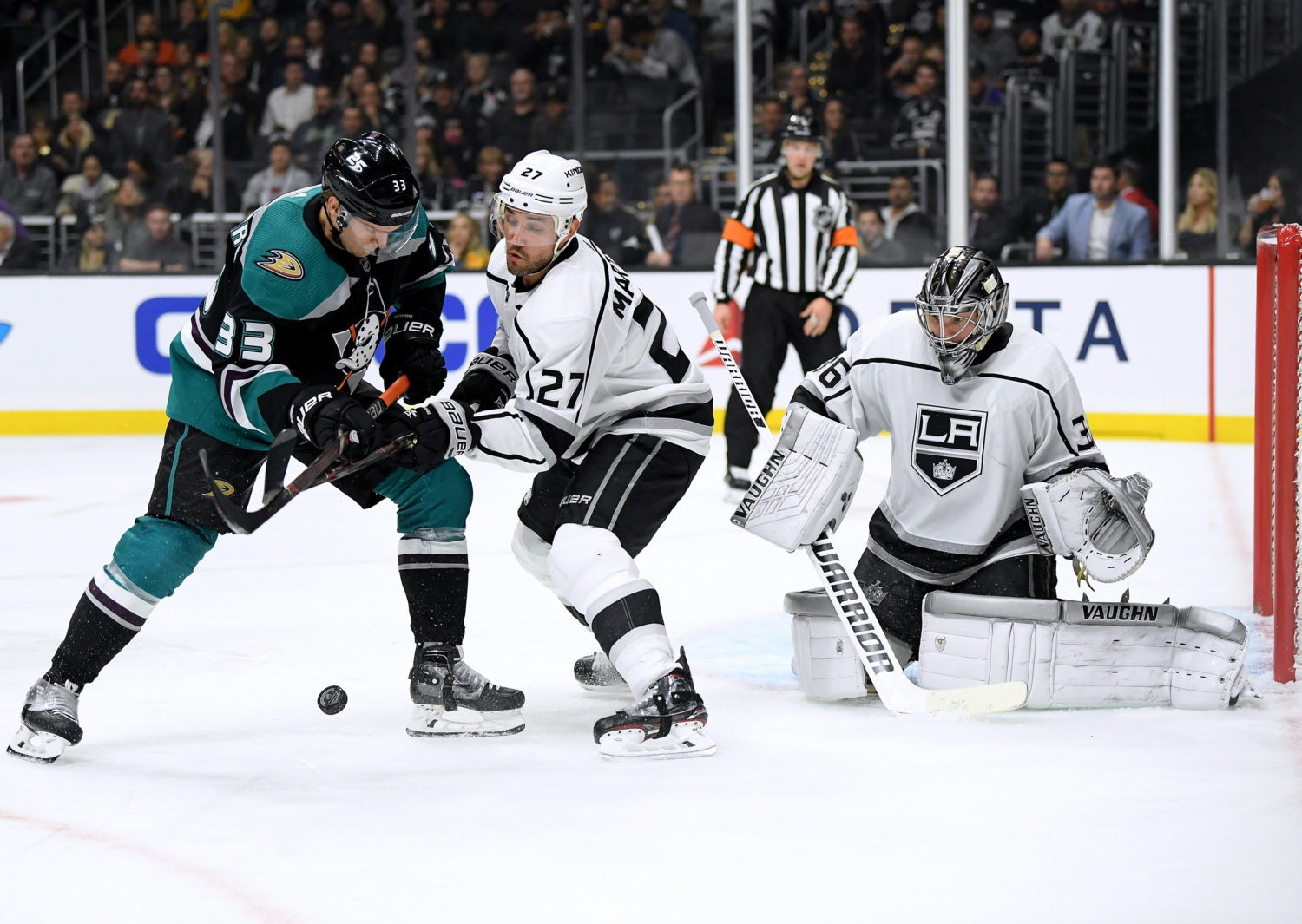 LOS ANGELES, CA – NOVEMBER 06: Jack Campbell #36 of the Los Angeles Kings waits for the puck as Jakob Silfverberg #33 of the Anaheim Ducks and Alec Martinez #27 get position during a the third period in a 4-1 Kings win at Staples Center on November 6, 2018 in Los Angeles, California. (Photo by Harry How/Getty Images)