Home of the Ontario Reign re-branded as Toyota Arena

The Ontario Reign practice at Toyota Sports Center and now will play their home games at Toyota Arena. The home of the Reign will don new branding next season – The arena announced today that the building will be now named Toyota Arena, after spending its entire existence to date as Citizens Business Bank Arena, since the facility opened in 2008.

Welcome to Toyota Arena, home of the #Reign! pic.twitter.com/3cvmfcrI6z

– The agreement is a ten-year naming rights deal and will officially come into affect on July 1, though all arena branding already appears to have been turned over, including exterior signage, door stickers and several pieces of interior signage.

– Citizens Business Bank, while no longer the naming-rights partner of the arena, will still be involved as the “Official Banking Partner” of Toyota Arena. The bank had a representative on stage during the ceremony earlier today.

– Representatives from Toyota Arena, the City of Ontario, Southern California Toyota Dealers and Citizens Business Bank all spoke during the approximately 30-minute ceremony outside of the arena. The arena name was unveiled, as shown in the video above, by revealing a black curtain covering the exterior signage of the building while streamers were fired throughout the crowd.

– Much was made of the arena’s improvements leading into this new naming rights partnership. Michael Krouse, President & CEO of Toyota Arena, noted that the arena’s primary goals when they took over management in 2016 was to bring in larger, marquee, national acts, improve the guest experience and improve the food and beverage options. He felt that the arena has succeeded in achieving all three goals over the past three years.

– The naming rights agreement was negotiated through Vicki Higgins with ConneXion Partnerships and agreed upon by SMG Worldwide.

– The arena’s new website will be toyota-arena.com. Visiting the page now will show an already changed over website, featuring the new logo of Toyota Arena.

– For those asking, “Toyota Center” was already taken – It is located in Texas and is the home of the NBA’s Houston Rockets.

– The naming rights change is the first of two larger projects to hit the arena before the 2019-20 season begins for the Reign. The new scoreboard, discussed in more detail here, is scheduled to be installed later this summer in plenty of time for the 2019-20 Reign season, as Krouse reinforced during today’s presentation. The project was originally scheduled to take place prior to last season, but was pushed back to this summer. The new board, constructed by Daktronics, will be a major step up with regards to game presentation for Reign games and arena events in general.

Cliff Cummings, President of the Southern California Toyota Dealers Association
We’re thrilled to be a part of the community and support this wonderful entertainment venue that has entertained so many families, sports fans, residents and visitors over the years. We look forward to an active and engaged partnership to continue building relationships through the best entertainment venue in the Inland Empire.

Michael Krouse, President & CEO of Toyota Arena
Toyota has been an arena partner since the arena opened in 2008. Their long-standing relationship with deep roots in our community will now have new opportunities to provide truly vibrant experiences in a premier venue through live music, sporting competitions, and family show. We are excited to have found the right partner and look forward to the future as Toyota Arena in Ontario, California. 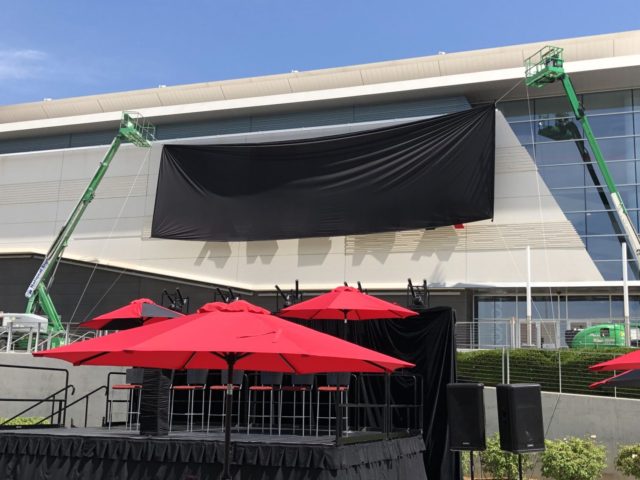 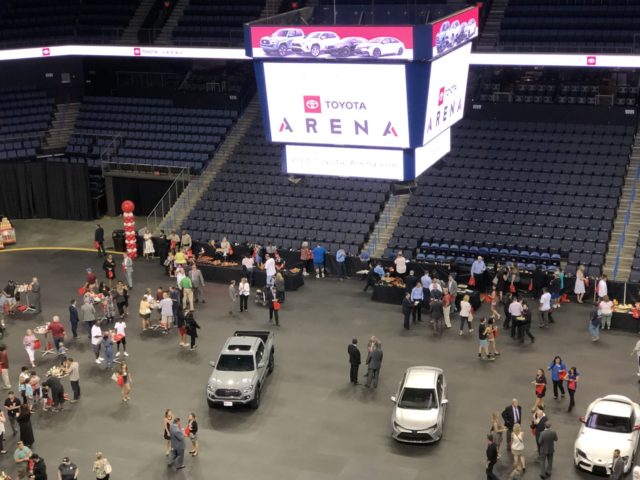 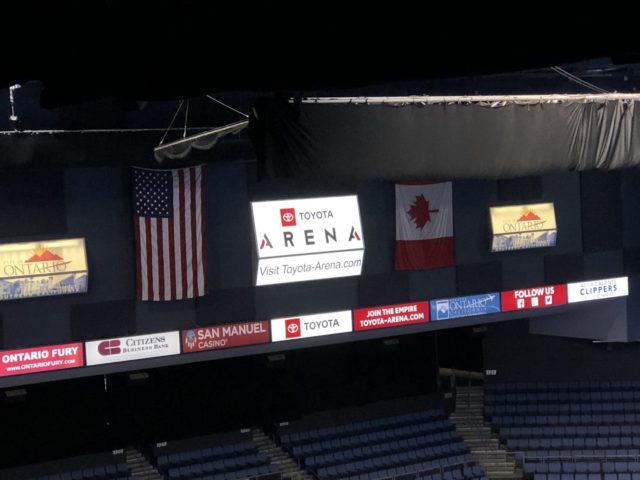