WHO ARE THE RIGHTFUL KINGS? In 2016, it was Team White, after edging out Team Black 3-2 in a shootout in front of a near-capacity crowd at Citizens Business Bank Arena as part of a newly coined Kings vs Kings intrasquad game. That game will return to Ontario and CBBA this September 16 at 3:00 p.m. | PURCHASE TICKETS

A bridge between training camp and the start of the preseason, the 2016 game actually added some legs to a few story lines and offered clues towards the directions of several players who weren’t initially pegged to be in heated battles for roster spots. Adrian Kempe, praised by Darryl Sutter at the end of camp for adjusting well to the smaller ice, scored in the shootout, while Devin Setoguchi opened some eyes in slickly setting up Nick Shore for a goal and adding a shootout goal. The game was not without casualty: Zac Leslie left the rink in a walking boot after an awkward tumble into the boards and missed the rest of training camp and the first regular season game with Ontario.

Current Kings who appeared in the 2016 game are Derek Forbort, Tyler Toffoli, Tanner Pearson, Adrian Kempe, Michael Amadio, Jonny Brodzinski, Paul LaDue and Jack Campbell. The game was played in five-on-five, four-on-four and three-on-three formats and included a pre-game warm-up jersey auction benefiting the Hope Reigns Foundation. The 2018 format will be released at a later date.

“We want our guys to play hard, and I think they did today, but we didn’t want anything to escalate,” Reign Head Coach Mike Stothers said after the game. “We did stress that – play, play hard. Play the way you would in a game outside of we certainly didn’t want to see any gloves hitting the ice.”

TICKETING INFORMATION:
Group tickets start at $16 per ticket and individual tickets start at $18 per ticket. Tickets will also be available through the Citizens Business Bank Arena box office. They are also included in the ticket package for all Ontario Reign Season Ticket Members. Kings Season Ticket Members will also get the group rate on any tickets they purchase.

Photos from Kings vs Kings, 2016 (photos via Ontario Reign): 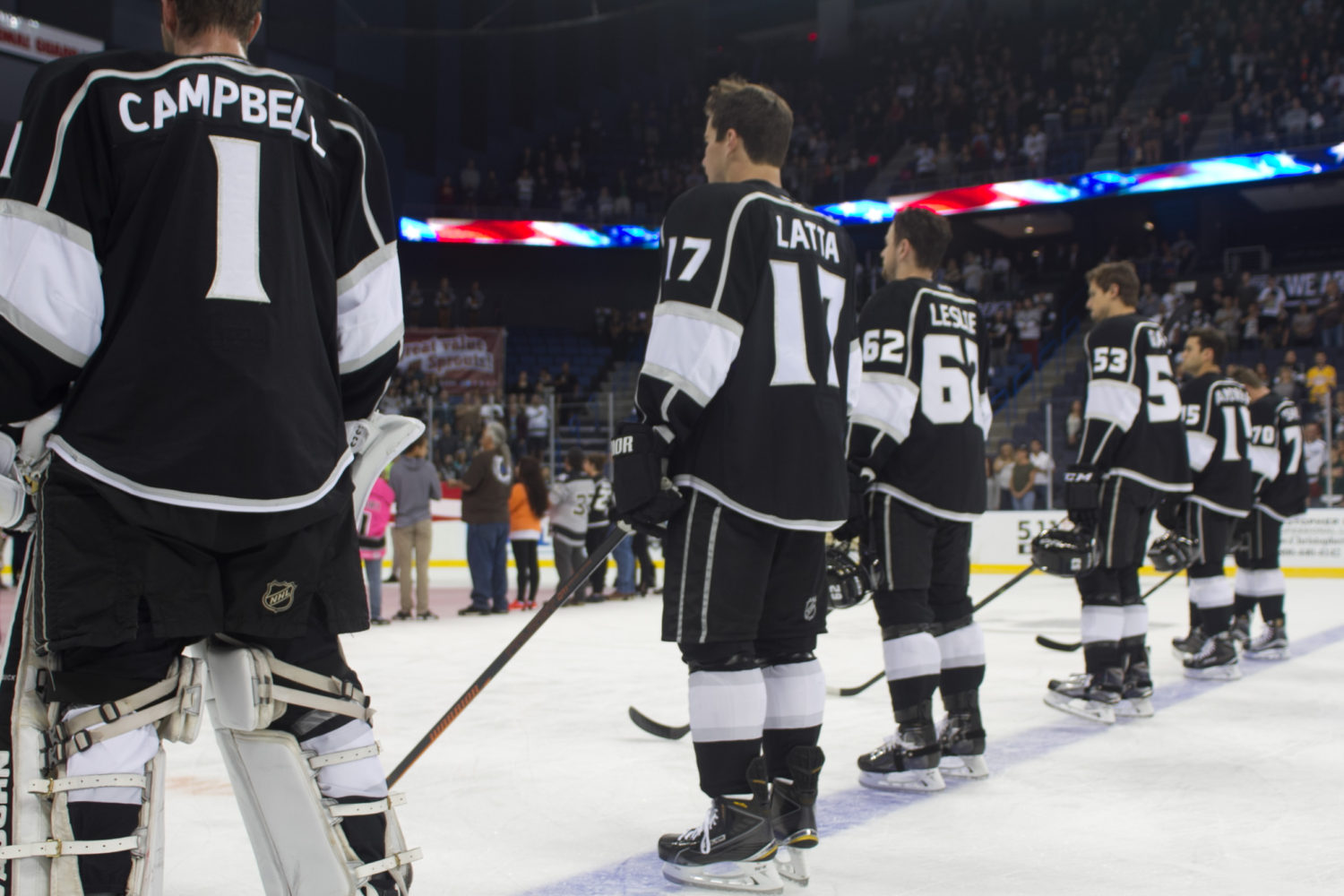 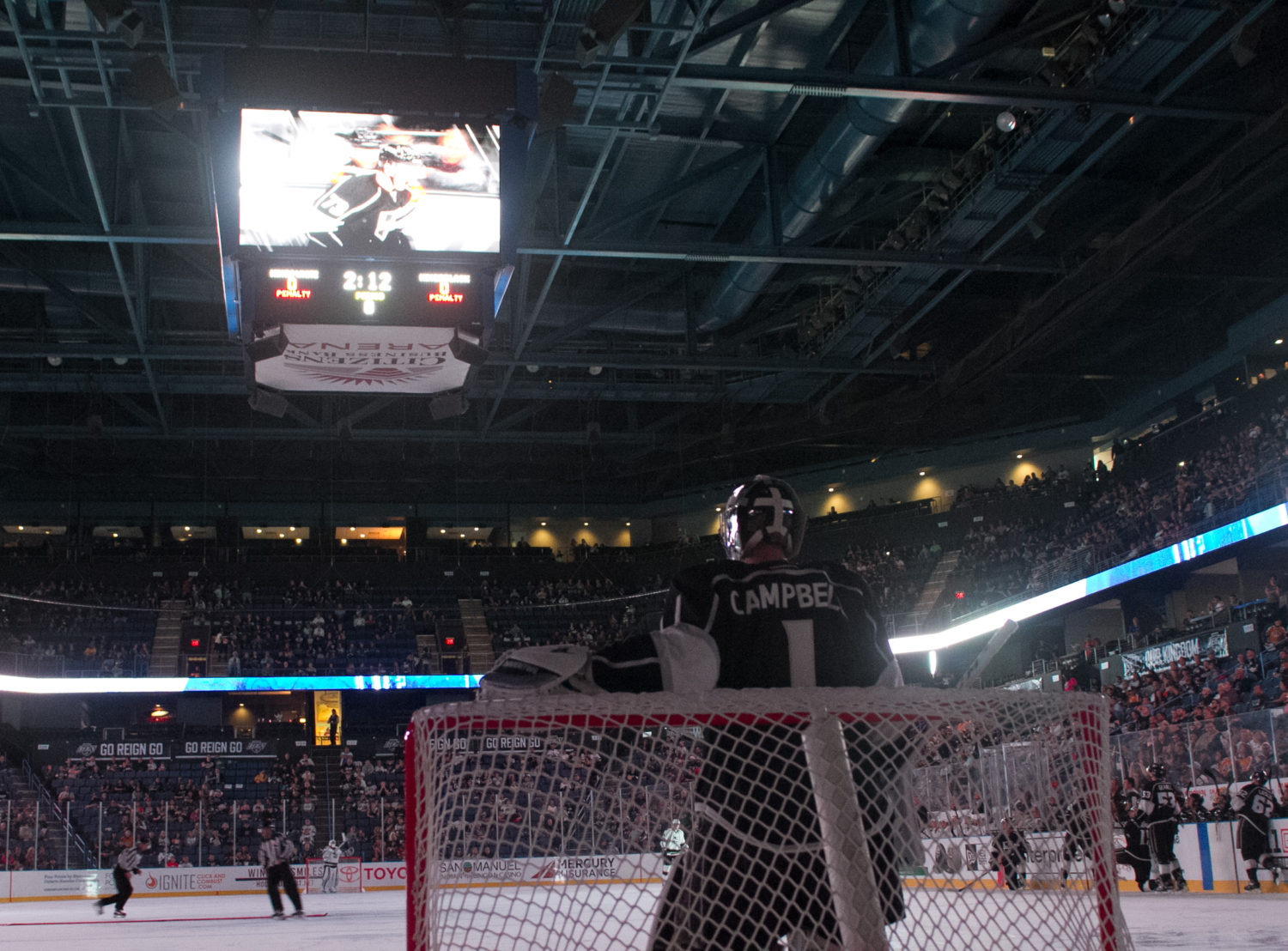 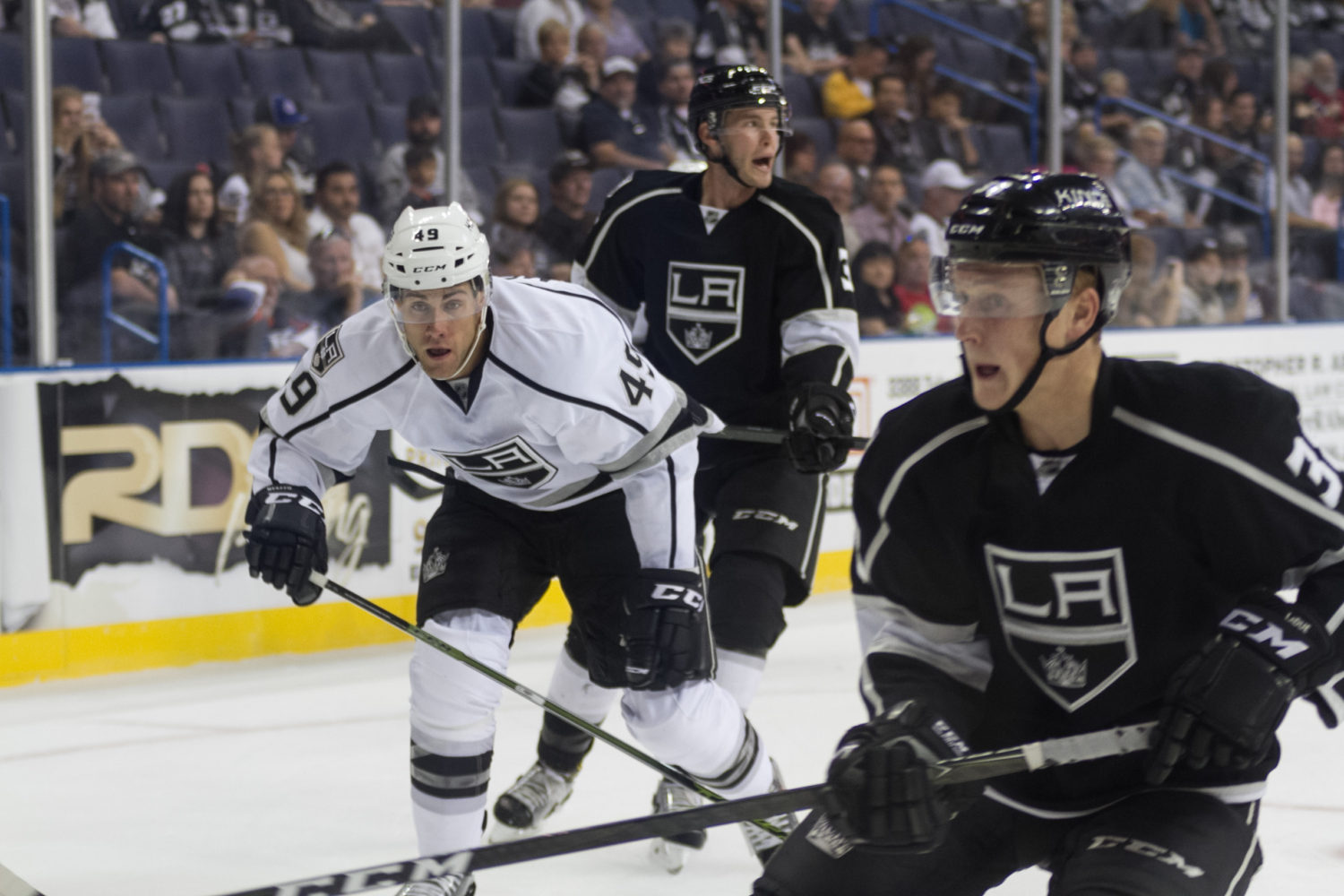 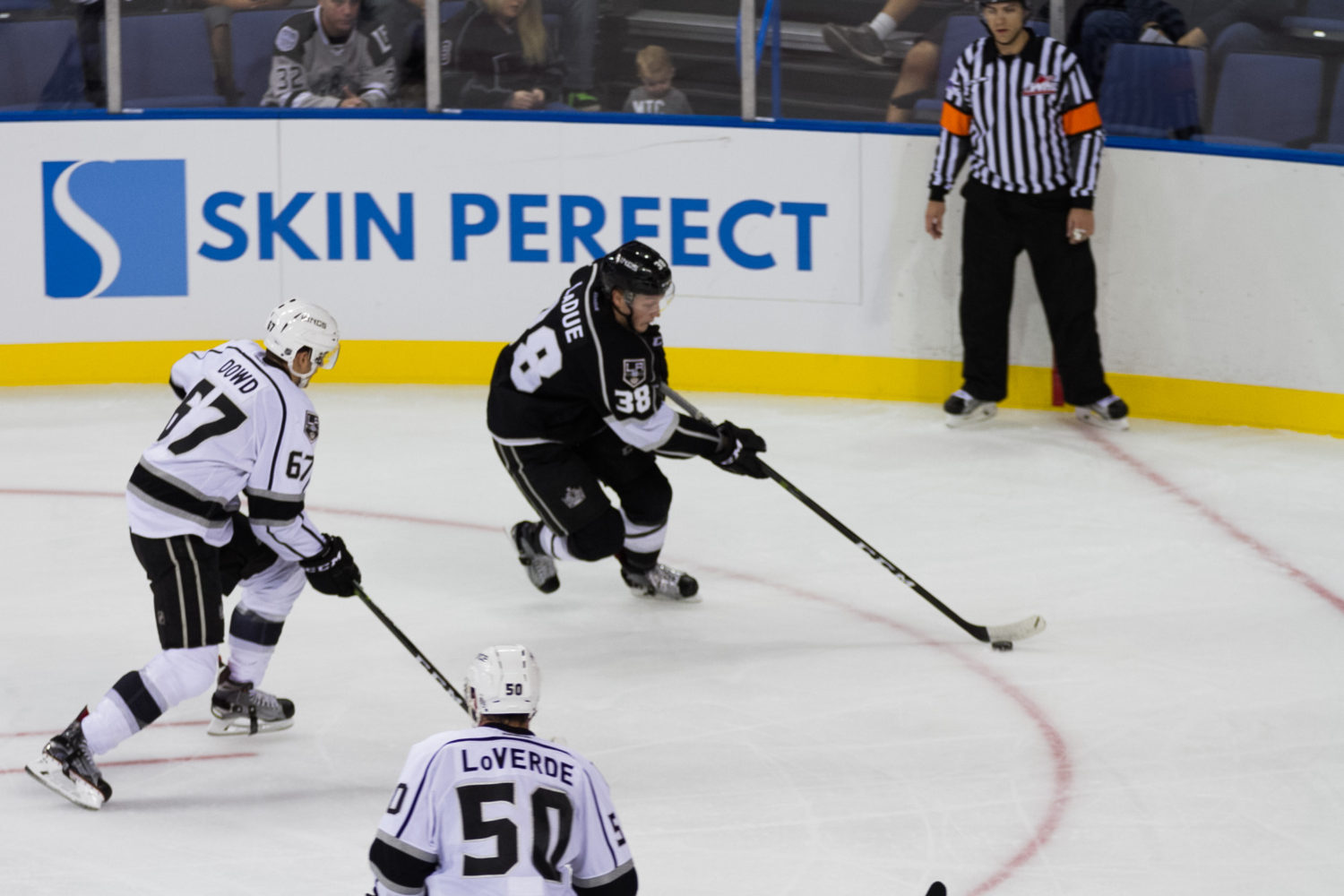 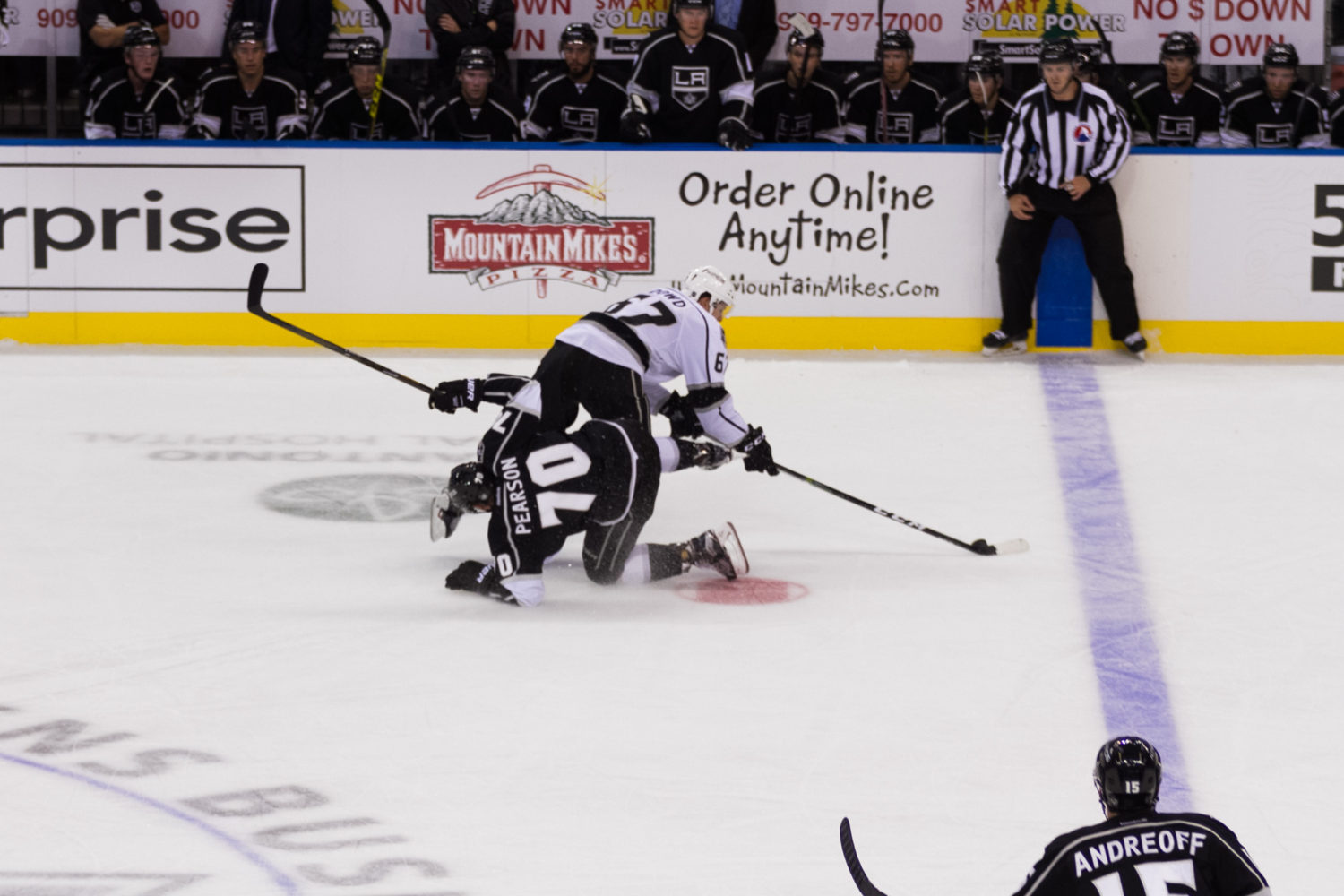 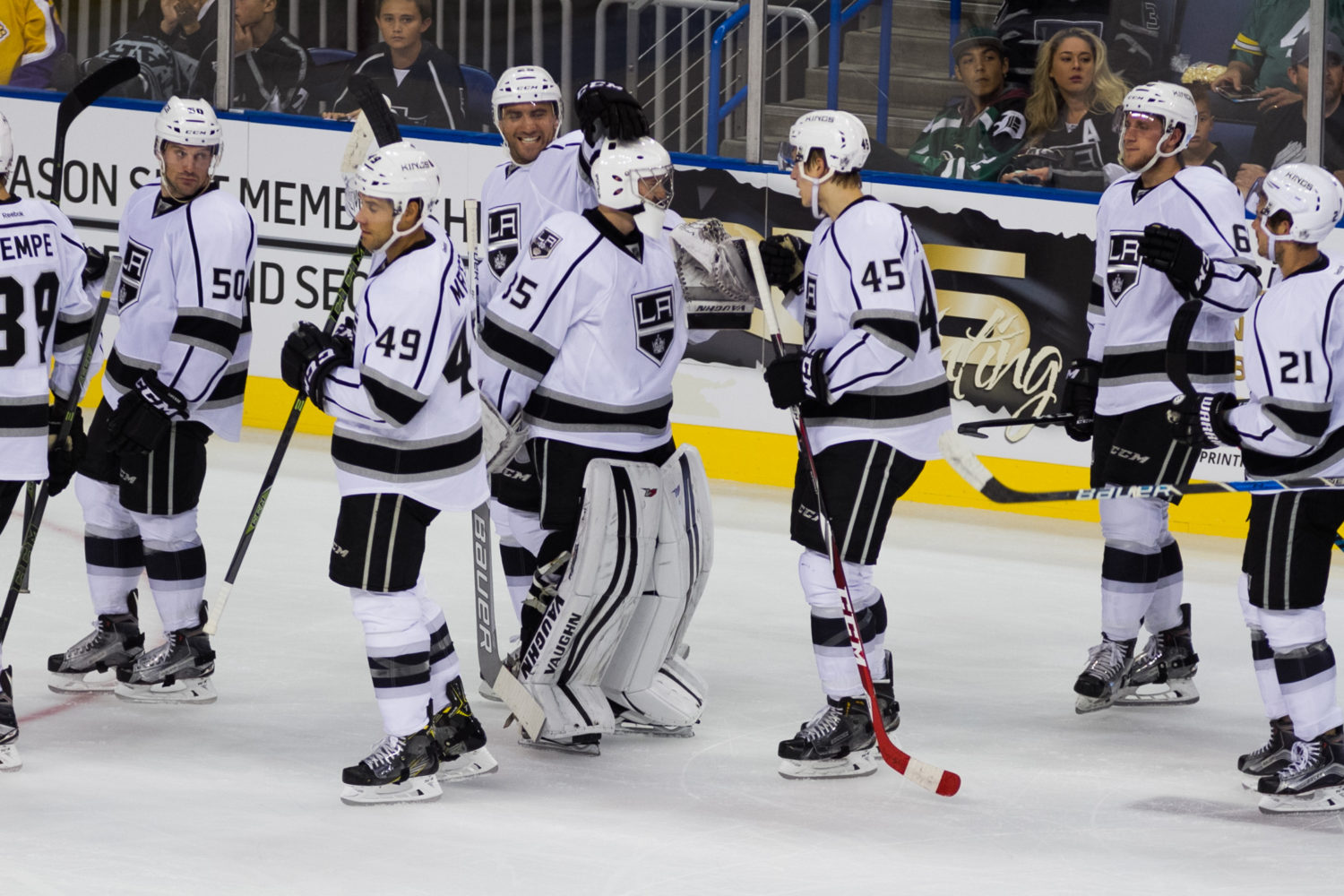