The Los Angeles Kings recalled 25-year-old defenseman Kevin Gravel on Wednesday after announcing Tuesday that defenseman Christian Folin would go on injured reserve with an upper-body injury. Folin was injured during the 4-1 win at Philadelphia on Monday and did not return after the first period.

Though it had been expected that Los Angeles would essentially provide opportunities to Ontario players who earned NHL looks, that has happened to a greater degree on offense than on defense, where the team has dealt with minor injuries to Alec Martinez (who missed three games) in early October and Oscar Fantenberg (who missed two) in late October but has otherwise remained healthy. Other than LaDue’s call-up when Martinez was not able to open the year with the club, this is the first roster move in which a Reign defenseman was recalled. On the other hand, Michael Amadio, Andrew Crescenzi and Justin Auger were all recalled from Ontario, and Brooks Laich, who attended training camp on a PTO, was signed to a one-year contract earlier in the season.

Based on recent conversations, the team has been happy with Gravel and LaDue, both of whom have logged heavy minutes for the 12-11-0-1 Reign. During this check-in, I also asked about players beyond the familiar names (see: Gravel, LaDue, etc.) that have impressed, and was interested to learn that both 21-year-old Stepan Falkovsky and 23-year-old Sean Walker were progressing nicely in their first AHL seasons. Both are well behind the NHL-cusp players – and Walker is Ontario, and not Los Angeles property – but have provided encouraging play early in the season.

Groupings, based on color-coded jerseys: 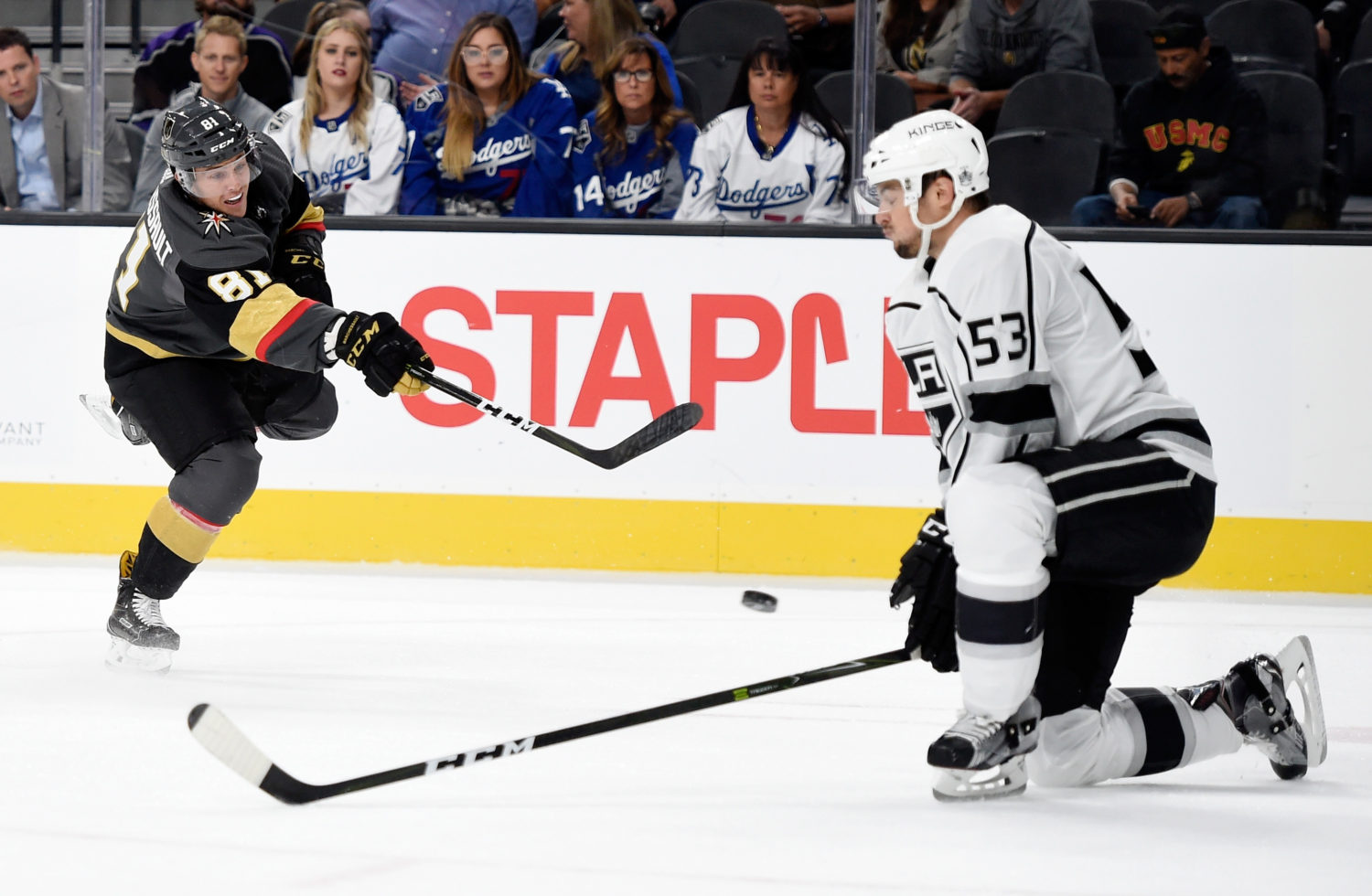