Folin leaves with upper-body injury; no sense yet of severity 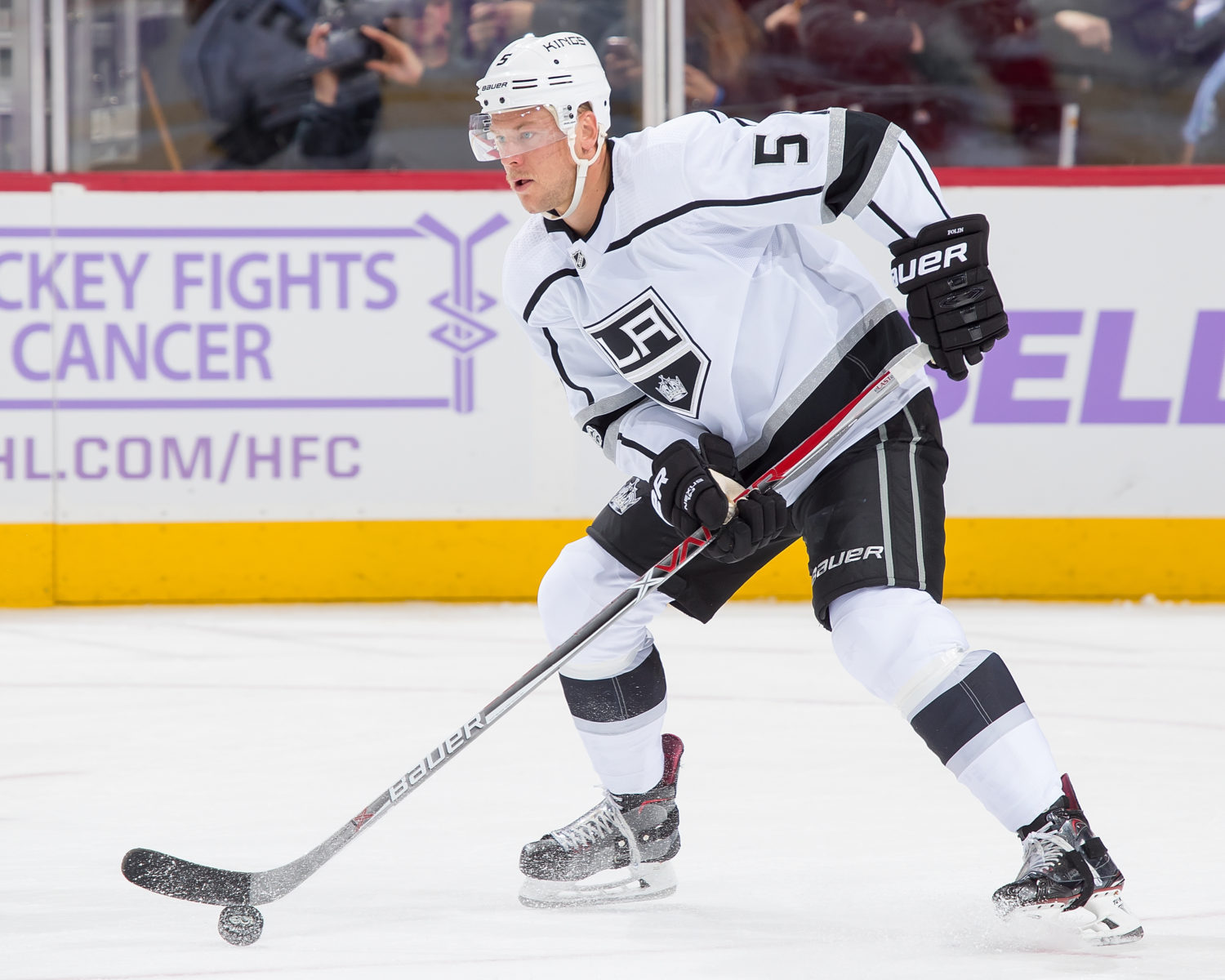 Christian Folin left Tuesday’s 4-1 win over the Philadelphia Flyers early with an upper-body injury and did not return.

The right-shooting Folin, 26, has two goals and five points in 26 games. He took six shifts, the final of which came in the last minute of the first period. He did not block any shots, or, according to the NHL’s play-by-play log, receive any hits that could provide a theoretical indication of his ailment.

Though the Kings have lost 95 man-games to injury, their defense has remained virtually intact. Other than the three games Alec Martinez missed at the outset of the season due to a lower-body injury, or the two-games Oscar Fantenberg missed with an upper-body injury in late October, the blue line has been healthy. Paul LaDue was recalled from Ontario to take Martinez’s roster spot at the beginning of the season but did not get into a game, but since his assignment back to the Reign on October 14, no other defensemen have been recalled from the American Hockey League.

If Folin is out for any real length of time, the team would most likely recall the 25-year-old right-shooting LaDue, who has averaged nearly 30 minutes a night with the Reign and has four goals and 10 points in 22 AHL games. Kevin Gravel, a left-shot defenseman who has played both sides in both the AHL and NHL, would also be an option, but that would leave Los Angeles with one right-handed shooter and six left-handed shooters on the back end.

Though Folin had a giveaway that led to the game-winning goal against late in Friday’s 4-2 loss to the New York Rangers, the team has been happy with both his approach and his consistency. He had averaged 15:40 per game entering Monday night and was appearing in his eighth consecutive game.