The Los Angeles Kings have completed a trade with the Tampa Bay Lightning, acquiring goaltender Ben Bishop and a fifth round draft pick for goaltender Peter Budaj, defensive prospect Erik Cernak, a seventh round draft pick and a conditional draft pick. All picks exchanged are for the 2017 NHL Draft; I was told by a hockey ops source that the stipulations on the conditional pick are “too complicated to list” in a text message exchange. It’s tied to the team’s success over the remainder of the season and is likely tiered towards playoff qualification and the number of rounds won.

Conditional pick going to TB in Bishop deal is complicated. It's nothing if Kings miss playoffs. Can go high as a 2nd depending on success.

Via a hockey operations source, Tampa Bay retains 20% of Bishop’s $5.95-million cap hit, which comes out to Los Angeles being on the hook for $4.76-million. Because a team’s cap space is pro-rated and increases each day towards the trading deadline, the Kings still have plenty of wiggle room to make an additional move, should they choose to do so. Though prior correspondence with hockey operations indicated a desire to land a scoring winger at a minimal cost who could play alongside Anze Kopitar and boost an offense tied for 24th in the league with an average of 2.44 goals per game – potentially a winger on an expiring contract – Dean Lombardi downplayed such a search, given the trade market for forwards, and intimated that any scoring boost would have to come from within. According to Cap Friendly, L.A. will have $3,324,479 of space available at Wednesday’s deadline.

“The focus was getting the best goaltender available that arguably fits the description of a number one,” Dean Lombardi said on a Sunday evening conference call.

Though Jonathan Quick just returned after missing 59 games with a groin injury, the team’s preference is to ease his workload back to action, and with five remaining back-to-back sets among the remaining 21 games – including Monday in Minnesota and Tuesday in Calgary – the team had been considering adding another high-tier goaltender to the mix.

"This is not an insurance policy, no. He needs to play." – DL. Said he hoped to make trade 2 wks ago, but logistically wasn't possible then.

While Budaj is among the most responsible for solidifying the Kings’ season after the team lost Quick after the first period of the season, he has wilted in February under a very heavy workload and is 2-6-0 with a 3.03 goals-against average and an .884 save percentage over his last eight starts. Darryl Sutter credited this to Jeff Zatkoff not being able to provide the goaltending necessary for a healthy balance in net. “…Peter Budaj’s given us a lot of quality starts this year, and if you look at it, we were fortunate to still be in a playoff race,” he said after Saturday’s win over Anaheim. “If it wasn’t for him with 27 wins in 58 or [59] starts, whatever he’s got, that hasn’t been a problem for us. The problem has been the other guy starting.”

19-year-old defenseman Erik Cernak, selected in the second round in 2015, has three goals and 17 points in 40 games this season with OHL-Erie. He had been seen as a project but someone with potential, especially in the defensive end, but with an older group of prospects on the cusp of cracking Los Angeles’ blue line, and with the emergence of 18-year-old Kale Clague, who earned a regular role on Canada’s World Junior team, he wasn’t at the forefront of the team’s prospects on the back end despite his raw talent. In the fall of 2015, there had been challenges in explaining the benefits of playing major junior hockey to Cernak and his family that played out in a labyrinthine process in which much effort was undertaken, including assignments to AHL-Ontario in which he traveled with the club but did not play AHL hockey, before he ultimately joined Erie.

In a conference call, Dean Lombardi said that Bishop is expected to arrive in St. Paul later tonight and is “certainly going to play in one of these next two” games. After facing Minnesota on Monday, Los Angeles plays in Calgary on Tuesday.

As it currently stands, the Kings currently have a first round draft pick, a second, a third, a fourth, two fifths and a sixth at the 2017 NHL Draft, which will be held in Chicago on June 23-24.

More on this trade, and Lombardi’s analysis of the team’s needs and trade deadline focus, will come shortly. 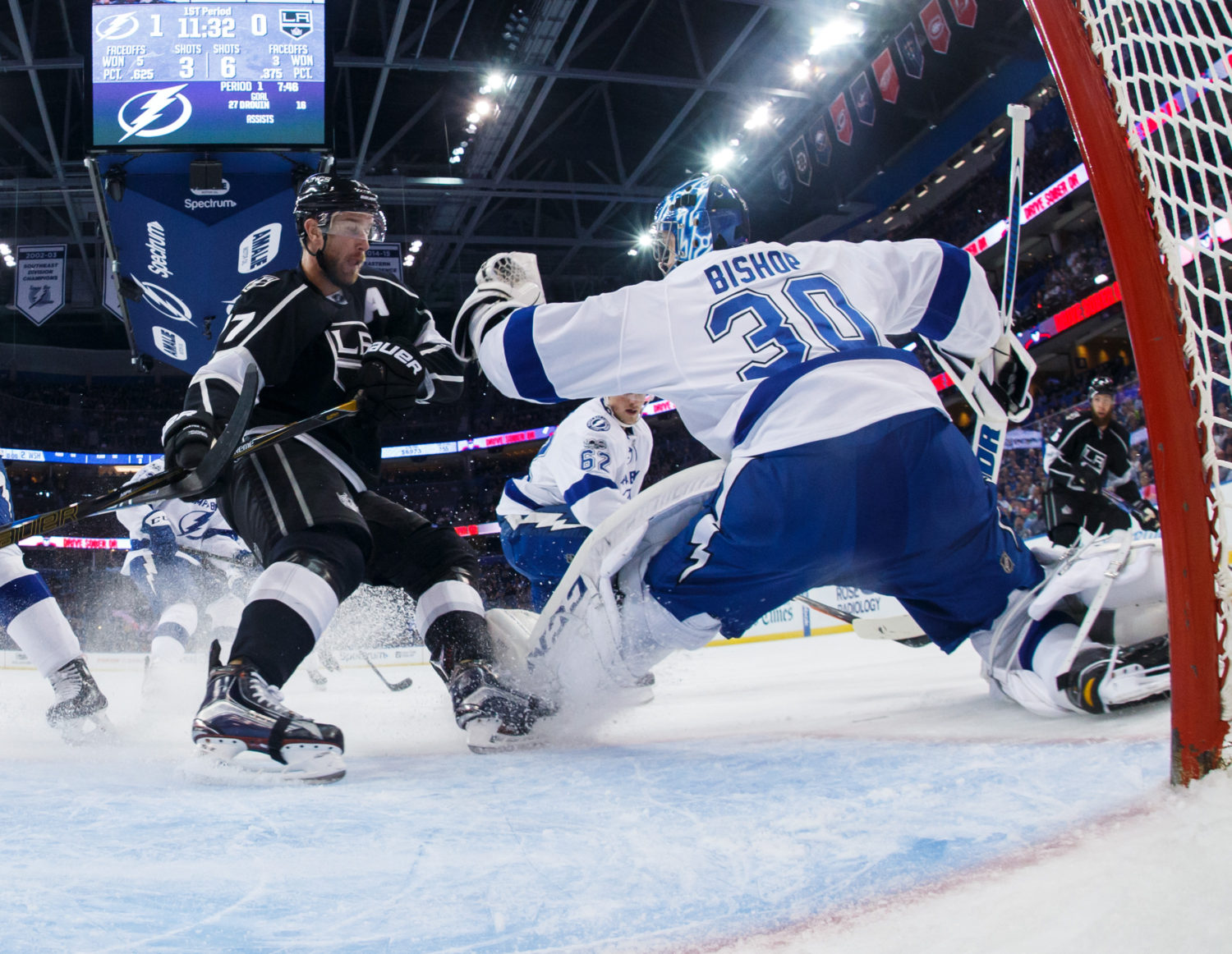