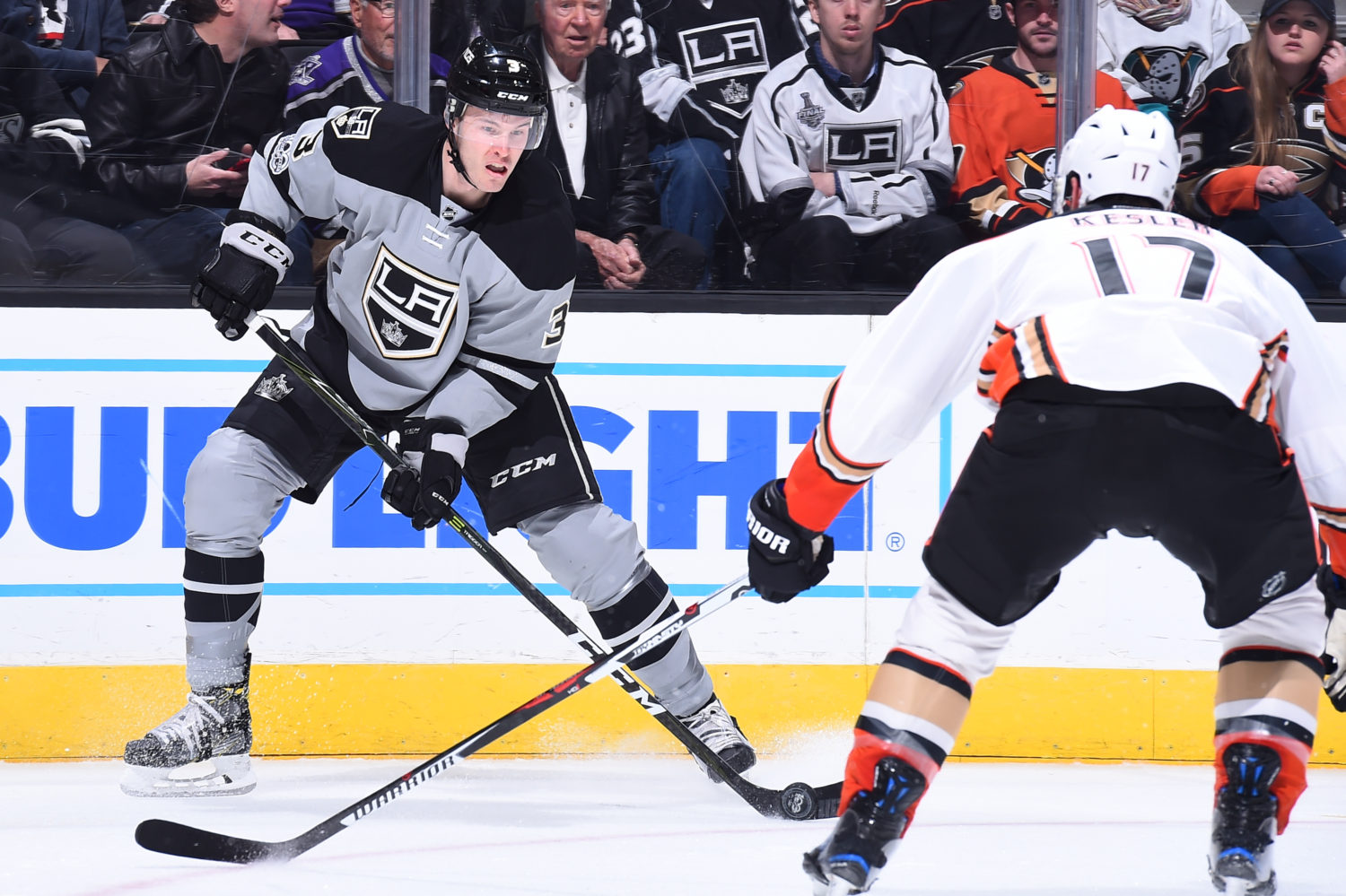 On the impact of Jonathan Quick’s return:
Yeah, I think it was exciting for everybody – players, coaches, fans – so it was fun to see. [Reporter: It looked like he didn’t even miss a beat out there.] That was Jonathan.

On the “feistiness” in the game:
He’s probably an emotional leader in a lot of ways for our hockey club. It’s good to have him back in the room.

On top players producing in the third period:
It’s the only way we’re going to make the playoffs. Those guys held scoreless or shut down or outplayed by the other team’s top guys, we won’t make the playoffs. They have to. That’s real. [Reporter: And they came through in the third period when you needed them most.] Yeah. Tonight’s game, if you look at the last two games we played at home, what’s the difference going into the third? Score a big goal, that’s it. Nothing to do with anything else other than that.

On whether he has spoken with Jonathan Quick about his workload:
I think you really have to still manage it. You’re talking about a guy who hasn’t played in four and a half months. You’re not going to fatigue him or anything like that. And at the other side of it, Peter Budaj’s given us a lot of quality starts this year, and if you look at it, we were fortunate to still be in a playoff race. If it wasn’t for him with 27 wins in 58 or [59] starts, whatever he’s got, that hasn’t been a problem for us. The problem has been the other guy starting. Coming into tonight we only had one win out of another starter, so this is our second one tonight.

On becoming the franchise’s all-time wins leader:
I think if we put in playoff games, Jon, I’m sure it was way before tonight.

On whether he has to tell Jeff Carter not to fight:
No. Why? That’s a really dumb question. It’s a really physical game, and when you’re talking about guys that play each other lots, whether it’s Getzlaf and Kopitar or Kesler and Carter, that’s way better that somebody like Helene recognizes that Jonathan Quick’s an emotional leader than people understand the game who understand that Jeff Carter’s an emotional leader, too. We’re not playing – what do you guys play? Badminton? If I thought it was badminton I’d tell Jeff not to fight Kesler, but in hockey we’d say it might happen once in a while.