With 300 points in the rearview mirror, Viktor Arvidsson is feeling more like himself by the day 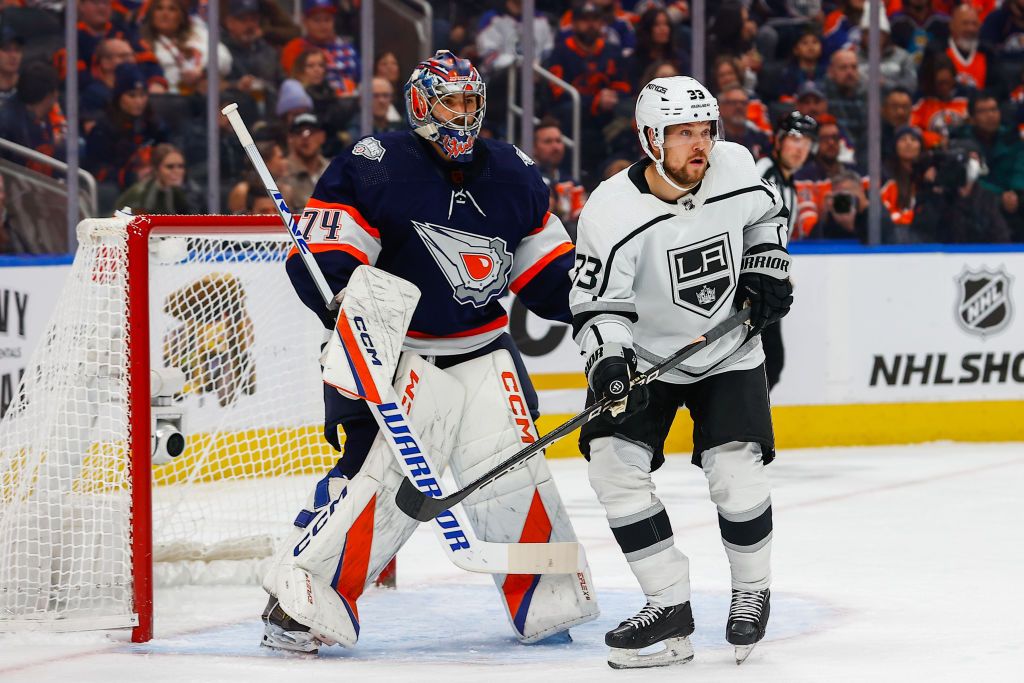 On Monday evening in Calgary, Kevin Fiala became the eighth member of the 2014 NHL Draft class to reach 300 career points. Two days later in Edmonton, his teammate Viktor Arvidsson became the ninth to do so, as he collected assists on all three Kings goals in a 3-1 victory over Edmonton.

Were he a youth hockey player here in the United States, Arvidsson’s performance would’ve earned him a playmaker patch shipped in the mail from USA Hockey. In the NHL, it’s simply a good night’s work for a player who has become an important part of the identity of the LA Kings.

While we’ve seen a full-strength Viktor Arvidsson as of late, it wasn’t always the case this season for a player returning from offseason back surgery. Arvidsson missed the entirety of the exhibition season and spent the opening portion of training camp skating on his own, as he recovered and rehabbed from his injury. At one point, Opening Night felt like a long shot but Arvidsson worked his way back into the lineup, even if he didn’t feel one-hundred percent like himself.

“He only played in the last exhibition, right, he didn’t have any of the black and white scrimmages, he didn’t have any the first exhibition games, so there’s basically nine opportunities to play that didn’t happen,” Todd McLellan said. “As he’s reached Game 15 or 16 now, it’s taken some time, but he’s doing some really good things right now and we need him to keep doing that.”

Even as he played games early in the season, Arvidsson wasn’t quite himself.

He also had his share of additional setbacks, including two games missed due to illness in the early goings which cost him a day here and a day there, days that added up for a player who was already behind when it came to getting back up to speed.

“I feel good, I’m getting there, I’m for sure a little bit behind from the summer,” he said. “I hadn’t really gotten to work out that much, I was sitting still a lot for four months I was just doing the rehab, so I’m trying to get back on track. I feel like I’m slowly getting there, some days are better and some days are not there but it’s getting better for sure.”

Then came Detroit, when Arvidsson said he felt the most like himself he had all season. Then it was Washington, when he broke onto the scoresheet with three points, impacting each goal the Kings scored as either the goalscorer or the primary playmaker. As his reps grew, so did Arvidsson’s comfort level. Goals against Toronto and Florida, as well as several incisive assists on the power play, followed. Arvidsson has totaled 13 points over his last 12 games played, including eight from eight games this month.

A season ago, Arvidsson was not only the best forward on the Kings when it came to shot attempts and possession metrics, but he was one of the best across the NHL. Across the league, the Swede led all skaters in shot attempts and ranked second in scoring chances on a per/60 basis. Much of that success came from his time paired with his usual linemates Phil Danault and Trevor Moore, as the three players formed the most consistent second line the Kings have had since a trio was named after Red Foreman.

In their first six games together, they fell on the wrong side of 50 percent four times in terms of controlling shot attempts. Not once in that span were they over 60 percent. Since that point, they’ve been below 50 percent just three times and they’ve been on the right side of 60 percent six times. The nice line is nice again, and a lot of that has come down to Arvidsson looking every bit like himself.

“I think he completes that pair and he does play a little differently, yet he fits the recipe of the line,” McLellan added. “The one thing he’s not afraid to do shoot the puck, he gets it and he shoots it, it’s just a given and the other two can play off of his shot a lot of times. I think that’s a really good thing for that line, that direct style, the other two get pucks back so they can complement each other.”

From the standpoint of his linemates, both Moore and Danault have certainly been excited to have Arvidsson firing on all cylinders.

The aforementioned pair play a straight-line style of hockey, with the ability to mesh with most players because of it. Arvidsson adds a different element which has proven to be as good a fit as you could ask for. Arvidsson does play with a little bit more risk and flash to his game than his linemates, but he does it within the structure of the team, playing responsibly while still making impactful plays.

Both Moore and Danault emphasized that quite positively when speaking about their right winger.

Moore – He’s an incredible player, he works super hard and has all the talent in the world. I think that me and Phil maybe play a little bit more straight line and then Arvy brings that offensive flair, that he’s so good at. It’s huge for us.

Danault – Yeah, you need to have a little bit riskier of a player offensively who will try something, a toe drag, opening up and creating some offense. It’s huge, big time and I think every good line in the NHL is like that. You need some risk from time to time and obviously Arvy isn’t too risky, he has a very good hockey IQ and he’s good defensively as well. It’s been going well.

Many of those traits culminated last night in Edmonton, as Arvidsson was the facilitator to Moore’s scorer. Arvidsson’s game was active and energetic, showcasing many of his best traits. On the end of Arvidsson’s helpers was the Thousand Oaks native, who buried a pair of excellent passes from his linemate.

300 points is a nice milestone, but also just another step along the way for Arvidsson, who has been every bit the contributor the Kings thought they were acquiring from Nashville in the summer of 2021.

He’s now getting physically stronger each day as he continues his process back, but it’s clear that a lot of the traits that stood out last season are showing up prominently in his game here this fall.

“I feel like on the ice, I’m fine and I’m mentally making plays and I’ve been playing for so long and that comes back to you really quickly,” he added. “Getting physically ready took a little bit longer, it’s going to take a little bit, but hopefully it just gets better and better.”

Certainly a good sign for the LA Kings as he returns to form. 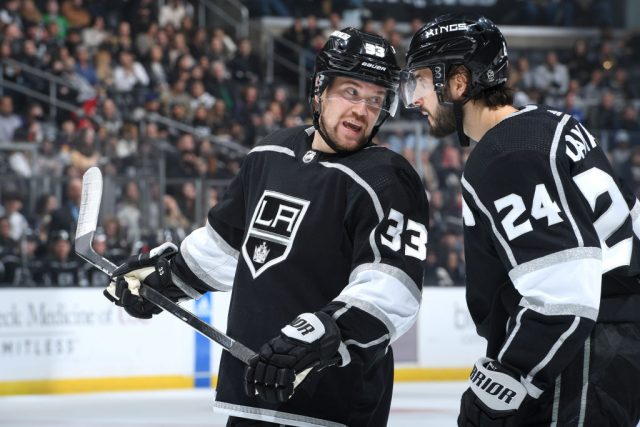 By Zach Dooley
97 Comments
Behind the Scenes