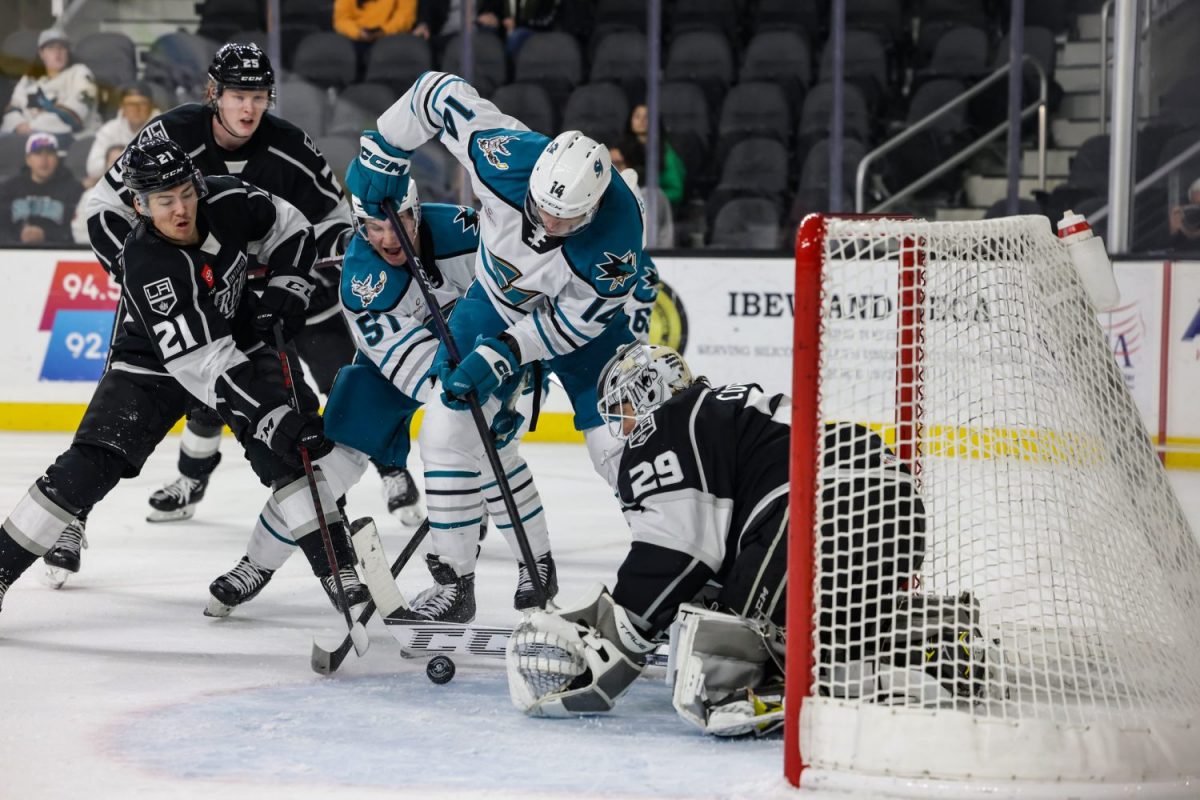 TONIGHT’S MATCHUP: The Ontario Reign return to San Jose for their second matchup of the 2022-23 season with the Barracuda to begin a stretch of three games in four days this week. Ontario claimed the first game of the year between the two teams by a score of 2-1, securing a win in their first-ever game inside Tech CU Arena with goals by Rasmus Kupari and Taylor Ward. A year ago, Ontario posted a 5-0-1 mark in six contests against the Cuda.

WHAT TO WATCH FOR: Ontario fell for just the second time this season in their most recent effort on Saturday in Colorado, snapping a six-game winning streak that began Oct. 18. It was the team’s longest run since posting an eight-game streak a year ago that stretched from almost the exact same dates (Oct. 19-Nov. 7, 2021). The Reign currently sit at the top of the AHL’s Pacific Division standings with 14 points and a winning percentage of 0.778, while ranking third in the league defensively with an average of just 2.33 goals allowed per game. Ontario has also fared well on the offensive end, scoring an average of 3.67 goals per contest which ranks seventh in the AHL. San Jose is the top penalty killing team in the league, having successfully discarded 37 of the 40 times they’ve been shorthanded this season (92.5%).

LAST TIME OUT: The Colorado Eagles scored four goals in the second on their way to a 7-3 decision Saturday night over the Ontario Reign at the Budweiser Events Center. Ontario forwards Lias Andersson and Alan Quine each had a goal and an assist in a losing effort, while captain TJ Tynan and defenseman Jordan Spence both posted two helpers.

VILLALTA AT THE TOP OF HIS GAME: With a shutout of Colorado last Thursday, goaltender Matt Villalta secured his first clean slate since April 24, 2021, when he turned aside 34 shots to blank the Condors in Bakersfield. The Godfrey, Ont. native has been excellent so far this season, winning all three of his starts while allowing just six total goals to earn a goals-against average of 1.73 and a 0.945 save percentage. Villalta is also coming off a standout season last year when he posted a 28-10-7 record in 46 games with a career-best 2.98 goals-against and a 0.903 save percentage.

SCOUTING THE BARRACUDA: Since suffering their first loss to Ontario two weeks ago, San Jose hasn’t been able to get back on track, falling short in four consecutive games, including being shut out at the hands of the Calgary Wranglers earlier this week. New head coach John McCarthy is presiding over a much different roster for the Barracuda this season, with veteran forward Andrew Agozzino leading the way by scoring seven points in nine games (1-6=7). Rookie forwards Tristen Robins and Thomas Bordeleau are tied for the team lead with four goals apiece, while defender Derrick Pouliot has paced the scoring on the back end with six assists. In goal, San Jose has gotten good play from both veteran Aaron Dell and rookie Eetu Makiniemi, who have played five games apiece. Makiniemi has a 2.85 goals-against average along with a 0.903 save percentage.

LEARN FROM LIAS: Reign forward Lias Andersson had a breakout performance Thursday night, scoring both of Ontario’s goals in a 2-0 victory. It was the Smogen, Sweden native’s first multi-goal effort since he netted two in consecutive games with Ontario last season on March 2 and 4. Andersson followed up the effort with a goal and an assist in Saturday’s loss, registering his third multi-point game of the season. So far two of Andersson’s four goals have come via the power play and his eight points are fourth-most on the team. The sixth-year pro recently played in his 100th AHL game and has posted 70 points on 31 goals and 39 assists during his time in the league.

KILLER’S INSTINCT: Forward Akil Thomas scored for the fifth time this season Thursday night in Colorado and now leads all Reign skaters in goal scoring through nine games. Four of Thomas’ tallies have come via the power play, which is tied for third-most in the AHL. The Scarborough, Ont. native has totaled seven points to begin his third professional season with a shooting percentage at nearly 30%, registering 17 shots on goal.

T.J. THE GREAT: After being held off the scoresheet in consecutive games two weeks ago, Reign captain TJ Tynan has picked up a pair of assists in three straight outings and is now tied for the league’s overall scoring lead with 14 points in nine games this season. Most recently, Tynan posted first assists on goals by Alan Quine and Akil Thomas Saturday, two days after recording assists on both of Lias Andersson’s goals Thursday. The Orland Park, Ill. native leads all league skaters with 13 assists in nine contests this season. Seven of his helpers have come on the power play, which is tied with teammate Jordan Spence for the most in the AHL.