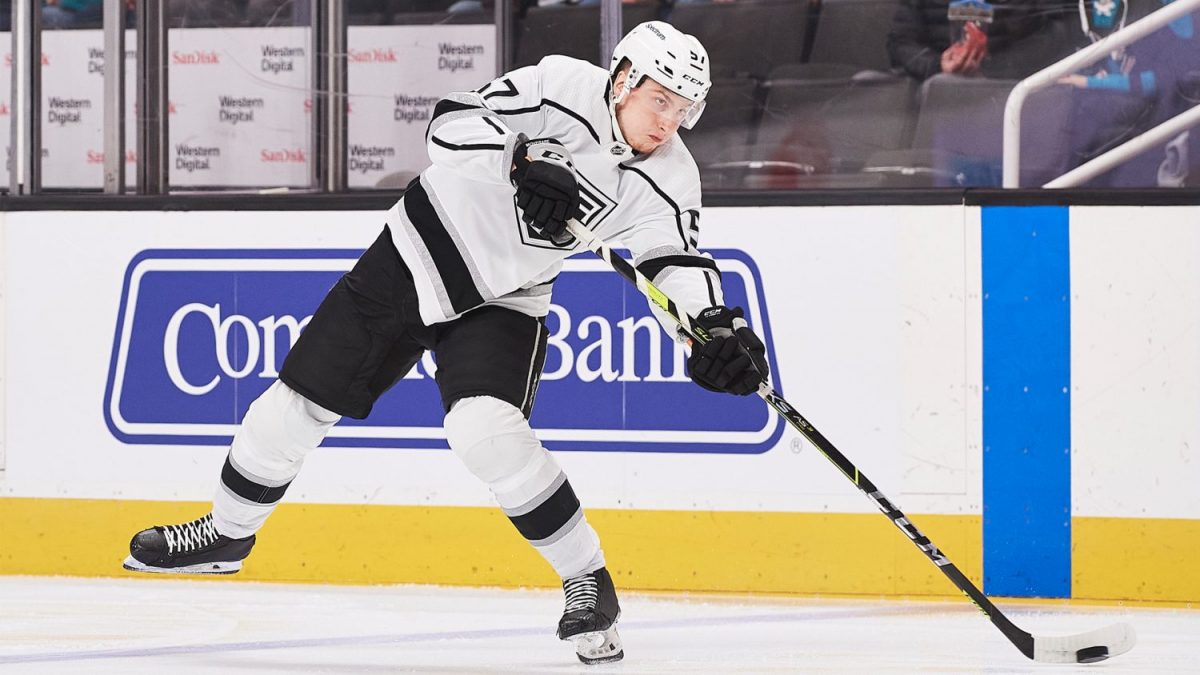 A few housekeeping notes on the Kings front today.

The Kings have assigned defenseman Jacob Moverare to AHL-Ontario and have recalled forward Austin Wagner from the Reign. Additionally, the team has placed forward Alex Iafallo in LTIR. Iafallo had been on injured reserve with a lower-body injury since October 19, and today’s transactions give the team additional flexibility moving forward as it relates to the salary cap.

A useful breakdown on how LTIR works HERE, per CapFriendly. In order to maximize LTIR space, a team wants to be as close to the salary cap ceiling as possible. The Moverare/Wagner exchange was the largest differential the Kings could create, without exposing a player to waivers, thus enabling the Kings the greatest benefit to making the move. That is not to say that either move will or will not stick, but regardless of if they will or not, it was the most logical transaction to make today to maximize the cap relief. With Wagner up and Moverare down, the Kings have 14 forwards, 7 defensemen and two goaltenders on the active roster. The Kings are on the ice tomorrow at 11 AM for practice and do not play until Tuesday evening versus Tampa Bay, so we’ll see how things shake out between now and then. The Reign are off from game action until Wednesday against Bakersfield. Both teams are in California this week, making any potential roster moves easier.

Moverare, 24, was originally recalled by the Kings on Oct. 18 after starting the 2022-23 season with the Reign, going scoreless in two appearances. Last season, the 6-3, 210-pound defenseman skated in 19 games with the Kings after making his NHL debut on Jan. 6 against the Nashville Predators. He finished with two points (0-2=2), a plus-3 rating, and an average of 16:20 time-on-ice, which ranked fourth-most among Kings rookie blueliners. In 30 games with the Reign, Moverare posted 10 points (3-7=10) and a plus-6 rating. Originally drafted by the Kings in the fourth round (112th overall) of the 2016 NHL Draft, Moverare has skated in parts of three seasons (2020-22) with the Reign, appearing in 58 games and recording 25 points (4-21=25).

Iafallo, 28, was originally placed on injured reserve on Oct. 18 after suffering a lower-body injury in the third period against Detroit on Oct. 17. With an assist on Gabriel Vilardi’s first period goal in Detroit, the 6-0, 200-pound forward had extended his season-opening point streak (2-3=5) to four games, one of five players in the NHL at the time to hold such an active point streak through the first four games of the 2022-23 NHL season. The assist also marked his 100th career assist, making him the 15th undrafted active skater in the NHL to reach such mark. Signed by the Kings as a free agent on April 19, 2017, Iafallo has registered 173 points (73-100=173) in 365 regular-season appearances. He has also skated in 10 Stanley Cup playoff games, tallying five points (2-3=5).

Angeles Analysis coming up later this evening, Insiders, to offer a few thoughts on the road trip that was.