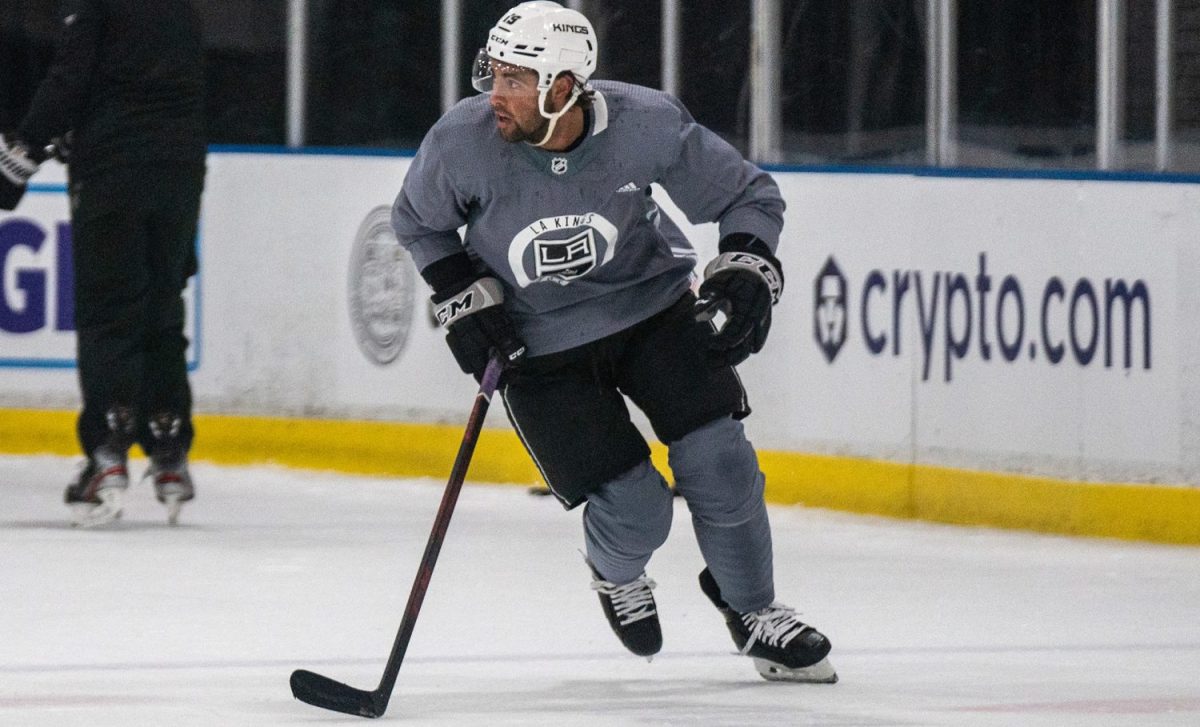 The Kings got back to work this morning at Toyota Sports Performance Center in between last night’s 5-4 defeat against the Ducks and tomorrow’s trip to Salt Lake City to face the Golden Knights. The Kings are set for an 11 AM practice, though today for the first time we won’t see two groups of players wearing Kings jerseys. Yesterday’s roster moves have created a split between those still in LA Kings training camp and those now in Ontario Reign training camp.

The Kings group has been reduced to 34 skaters, though we’re seeing a group with fewer individuals truly in action with the Kings when factoring in injuries and illnesses. Todd McLellan has said in past years that he prefers a smaller group when working with his regular NHL roster, designed to maximize repititions and minimize standing around during drills. With tomorrow’s game in Utah potentially featuring more younger players and fewer veterans, considering the day-of game travel, we’ll expect to see additional roster moves made throughout the course of the week to get things down to a more manageable roster by Opening Night six days from now.

No Quinton Byfield on the ice this morning, who is labeled as day-to-day with an illness.

Make It Reign
Said split is made possible by the Ontario Reign opening training camp this morning, with the AHL club set to take the ice at 11 AM.

The Reign announced a 25-player training camp roster, along with a week-long training camp schedule, with the team officially beginning its first training camp under the leadership of Marco Sturm. The roster features 25 total players, including 14 forwards, nine defenders, and two goaltenders. Among the squad are 19 players who suited up for Ontario during the 2021-22 season.

Two players on the Reign’s initial roster are on tryouts, including forward Ethan Somoza, who previously signed an ECHL pact with the team’s affiliate, the Greenville Swamp Rabbits earlier this summer, and defenseman Cameron Supryka, who is moving over from Kings camp to Reign camp.

The Reign’s full initial training camp roster is as follows –

Below is the Reign schedule for training camp –

The Reign have just one preseason game this season, on the road against San Diego on Saturday, the day that the Kings also play their preseason finale against Anaheim. We will see this roster grow in the coming days, as the Kings continue to shrink down their group to an eventual 23 players, with the Reign certainly likely to bolster their options aat all three positions, though the bulk of those additions may not come until after tomorrow’s game.

11 AM practice today for both sides, now underway for both groups, with notes and quotes to follow from the Kings perspective on LAKI later on today!

By Zach Dooley
145 Comments
Behind the Scenes